Interview with a band: AaRON 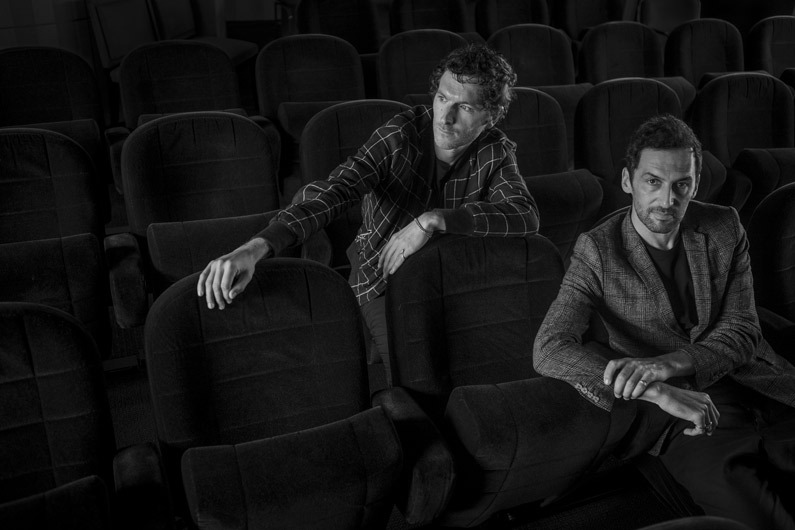 AaRON consist of Paris based Simon Buret and Olivier Coursier who are supported by a well deserved French infatuation and quickly growing internationally. The band has recently released an EP, ‘Blouson Noir’ in the UK and an exceptional video for track ‘Onassis’ which you can watch here. We caught up with the duo below..

How long have you guys been performing together? What did inspire you to start?

We met 8 years ago and worked right away . at the end of the day we had the first song of our first album , it sounded crazy enough to continue together and well we haven’t stopped until now. We felt that there was something special , connected on the same level of creativity, right away. It was very exciting,  and well , with the years  we’ve been taking care of that sparkle , to turn it into a nice fire of creation. You know, both pushing ourselves more and more ,into “searching”. New materials, new stuff … it’s all about being curious, not taking things for granted,  and search for the light of things. Even the darkest sides have their moment of grace. We try to seize it.

Basically, we take inspiration from life itself , we like to say that we take invisible Polaroids of our states of minds , moments , feeling, and change them into songs. we take musical photographs.

Tell us about the new EP?

Everything is new here, because every time we start a creative process, we like to go on unknown roads much more than stuff we’ve done in the past . We’ve been trying to dig deeper into the sounds that we may have used before. This EP is an impulse of life, we wanted it raw, and beautiful as life itself. Like the emotions one can find in Bill Viola’s work . It’s ambitious, but fun to express, we tried to take music as a trigger to sensations. Music that would add color to the experience one is  already living, because after all , it is the listener , the viewer, the reader , that gives is own interpretation of what hears , reads ,or sees , by connecting the trigger to he’s own life. Art is just a trigger I guess.

It’s mostly instinctive. The creative process takes a little time , but once we feel we have stacks of sensations , that we’ve gathered enough “pictures”. We just open the gates and see what come out of this river . Its pretty messy at first, and then slowly we cut ,drain things to keep the center of the song, what we think to be the core of it , its essence . we try to make it rise , usually by playing a balance between silence and heavy sounds .. Once we find the “skeleton” of the song (chorus, verse that can be sing easily ) we add the musical muscles to it, instruments, feelings, samples etc …

What was your the most enjoyed gig so far and when can we see you in UK?

We had a blast last time playing in Istanbul , the energy that rose out of the people was comparable to a volcano in fusion ( yes , really !) Last time in London was pretty exciting too. It is really magic for a band , to go overseas , or across frontiers, and find there people that wants to know your work. We can’t get use to it and find it so powerful every time … We look forward to come back to the UK , should happen in early early 2016.