What you need to know before going to see Gambit 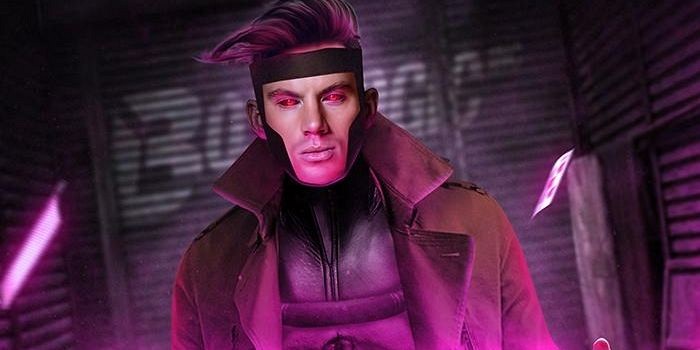 One of the most eagerly awaited films in the Marvel community is Gambit in which audiences will see actor Channing Tatum star in the title role. While Gambit did feature in the 2009 spin-off, X-Men Origins: Wolverine, he has yet to feature in any of the original X-Men series. If you can’t get enough of the marvel characters Ladrokes have dedicated a whole slot section to them for those that can’t wait for the latest blockbusters. So whether you’ve yet to see the X-Men series or perhaps just need your memory jogging, we’ve provided you with a little catch-up guide and summary of everything you need to know for the upcoming Gambit movie.

X-Men revolves around Professor X (Patrick Stewart) and his team of mutants, the X-Men, as they battle fellow mutants, the Homo Sapiens Superior, led by the evil Magneto. X-Men focuses heavily on Wolverine (Hugh Jackman), who is coming to terms with his mutant powers and how they should be utilised. Magneto has a ploy to use a machine to artificially induce mutation to all the world leaders that are gathering in New York. The X-Men, along with new recruit Wolverine, save the day though, scaling the Statue of Liberty to partake in an epic fight scene where they defeat the Homo Sapiens Superior. X-Men introduces us to many characters who will go onto feature in many of the films later on, these include Jean Grey (Famke Janssen), Storm (Halle Berry), and Cyclops (James Marsden) of the X-Men, and Mystique (Rebecca Romjin-Stamos), Toad (Ray Park) and Sabretooth (Tyler Mane) of the Homo Sapiens Superior.

X2 doesn’t waste any time in getting to heart of the action, the film’s opening scene featuring a failed assassination attempt on the President in which the perpetrator leaves a note demanding “mutant freedom now”. The assassination attempt leads Professor X and Cyclops to visit Magneto, still in the same prison cell he was in at the end of X-Men, and quiz him on what he knows. Here though they are captured by government operative, William Styker (Brian Cox), who later goes on to raid the Professor X’s school, only to be fought off by Wolverine. X2 sees the two opposing forces of the first film, the X-Men and the Homo Sapiens Superior, join together in an attempt to fight off Stryker and his men, who seek to end the existence of mutants. The mutants are involved in a final showdown with Stryker and his men at Stryker’s base and though they are victorious Jean Grey appears to have been a victim of the battle. Professor X later says he believes she is alive and the film closes with a shot of the dam in which she drowned, with Jean Grey proclaiming “Every thousand years, mutation moves forward”.

When a pharmaceutical company develops a drug that suppresses the mutant gene there is a great deal of outrage amongst the mutant population. The news of this prompts Magneto to proclaim all-out war on the human species, and he is has a secret weapon, Phoenix, a formidable alternate personality that Professor X had previously repressed from Jean Grey. In order for Wolverine to kill Phoenix and defeat Magneto, he must also kill Jean, something he reluctantly does.

X-Men: First Class is a prequel to the previous films, focusing on the relationship between Charles Xavier (James McAvoy) and Erik Lehnsherr (Michael Fassbender), who we would later come to know as Professor X and Magneto. Before the two became sworn enemies they were first best friends discovering their mutant powers together. Set predominantly during the Cuban Missile Crisis, the two use their powers to prevent nuclear warfare. Although the pair are successful in their battle to save the world, the film ends with them parting ways because of their differing views on the relationship between the relationship between humans and mutants.

James McAvoy and Michael Fassbender star again as Wolverine goes back in time to 1973 to save the future of both mutants and humans. In the future robots called Sentinels, created by evil genius, Dr Trask, are massacring mutants and it is this that causes Professor X and Magneto to devise a plan that sends Wolverine back in time. When Wolverine arrives in 1973 he meets a younger Professor X who along with other allies successfully break Magneto out of prison. Once this has been done, together they prevent Trask’s sentinel project from gaining approval.

There we have it, a lot of action has happened over the course of the X-Men Series and it shows no sign of letting up. Now you’re up to date with the series, we’re sure you can’t wait for the next instalment.