Yes, you heard right. Now you will be able to sink your teeth into delicious burgers, cheesy fries and fiery hot-dogs. All without the guilt of harming innocent animals.

America’s favourite vegan bistro By Chloe first opened in the heart of New York City in 2015 and continued to spread across the country including to cities like Boston and California.

Their burgers have been named the best veggie burgers in New York and are extremely popular, with many customers praising them on Instagram. 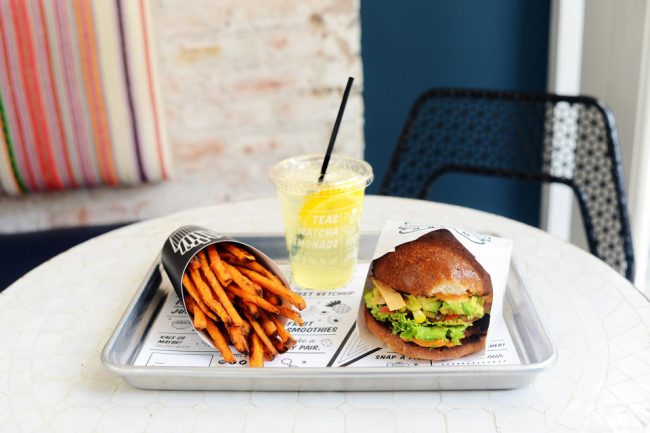 The number of plant eaters- vegans in the UK has risen by 360 per cent over the past ten years and more than 30 per cent of Brits now eat meat only occasionally, so it’s no wonder that the chain saw a big potential in opening a restaurant in London. With the rising number of people who care about what they eat and where their food comes from, while still wanting to enjoy a juicy burger&fries pleasure, a vegan junk food bistro is all that London needed.

The restaurant opened in Covent Garden, central London in Veganuary and it is set to seat 70 guests and also offer food to go. Its beautiful, clean and hip interior is the other outstanding feature that made the cafe so popular and it has been recently announced that the second location is set to open soon near Tower Bridge. 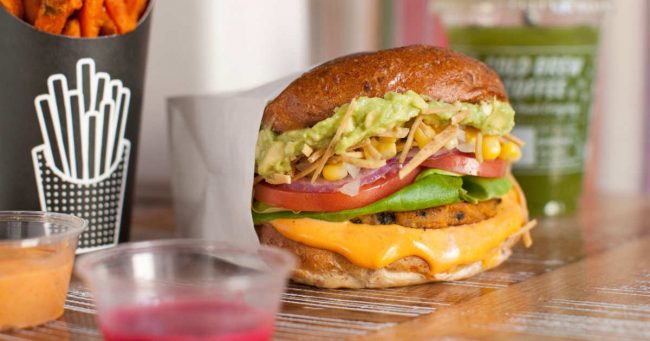 By Chloe’s menu consists of salads, burgers, pasta, breakfasts and sweet treats and it also offers a special London menu including vegan Shepherd’s Pie, Fish & Chips and Sticky Toffee Pudding made with coconut whipped cream. All the food is made using fresh ingredients and truly yummy!

Whether you’re vegan or not, you should definitely give By Chloe a chance. And if your pooch is also on a strict diet, the restaurant offers vegan and gluten-free goodies for our four-legged friends, so don’t forget to bring them along!

More information about the menu: eatbychloe.com