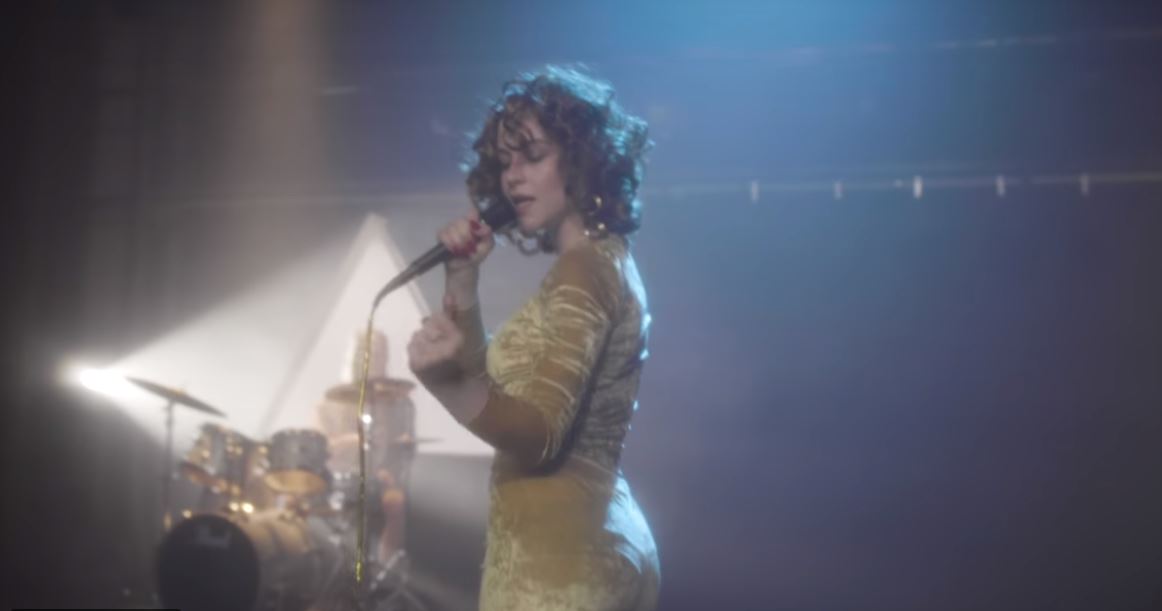 Back to the future: Interview with Aiste

Aistè started releasing music only in Autumn, 2018, but since then, she’s managed to rack up tens-of-thousands of views and her third and final release of the year reflects her ‘back-to-the-future’ sound – a mixture of Queen, Beyoncé, Kanye, Jim Morrison and The Doors even more to what’s gone before. ‘My Only Friend’ will undoubtedly make pigeonholing her more impossible than it already is.

What did inspire you to start singing and why are you doing this?

I can’t remember a time when I wasn’t writing and singing. So that’s why, I guess. I’m doing this because I cannot not do it! But the inspiration comes from somewhere else, usually, other people. I was definitely inspired by my great-grandfather who was a classical composer. I grew up running around pianos and precariously perched stacks of sheet music that would sometimes fall like so many autumn leaves. He had ten children with my great-grandmother and every single one became a musician. So I am no exception!

How would you describe your sound?

Musicians often re-use records from the past to ignite the feeling of nostalgia in the listener. I’m similar, but I want to take my listeners on a musical journey before arriving back at our present day. I suppose I’d describe my music as some Frankenstein’s creation of Queen, Beyoncé, Kanye, Jim Morrison and The Doors, Motown and many, many more put together through some musical plastic surgery. Not very sexy, but this is pretty accurate.

Music industry is super competitive these days, was there a moment in your life that you wanted to give up on music?  How did you manage to stay focused and achieve what you want?

The music industry can be pretty discouraging at times, especially when there are so many great musicians playing and you know that only a very few will get through. But they’d all be playing music anyway – it’s just what they do. Unfortunately, it seems that money speaks volumes louder than music plays. So it’s very frustrating knowing that it’s not just hard work, but finding someone who’s willing to invest their time and money supporting you and getting you to the next level. Staying focused is just a matter of self-discipline and working toward your goals every day, which is easy if you love what you do.

After mastering ‘Say When’ at the Premises Studios, Curtis, the sound engineer, congratulated me, but warned me that I had to keep pumping those songs out. I laughed and told him not to worry. Later, I bumped into him on the Hackney Rd. He asked me again what the next song was – at this point I had no idea, but I said it’d be something like Queen. The next day I sat down to work with my producer, Kipras, and after playing a few intro chords on the synth, we had some magic and I already knew exactly how the song would go. So that’s how I wrote ‘My Only Friend’. I was also having some financial issues with my landlord who was basically scamming me into paying his other tenants’ council tax. So I had to squeeze him into the song somehow. I write the lyrics and the melodies and Kipras helps me with the whole composition. I’d say that our creative process is about 60% writing and then 40% screaming at each other. Pretty standard!

What’s your favourite track and what other bands/artists are you listening to right now?

Those magical guys from Shepherd’s Bush – Jungle – are my absolute favourites right now. Also, Hannah Williams & The Affirmations ‘Late Night & Heartbreak’ which is stunningly raw. I haven’t been able to stop myself putting Kanye’s ‘Ye’ on repeat for some time now. But the soundtrack of my life is definitely ‘Hold on, I’m Coming’ by Sam and Dave.

This year, I was lucky enough to see Beyoncé and Jay Z so, needless to say, I was totally blown away by their captivating two-hour experience. But I always return to my favourite hidden gem in all of Shoreditch, Troy Bar. The level of talent that the musicians playing there have is through the roof. My jaw drops almost every time I visit that place. Truly recommend.