Aistè Shows Off Her Rebellious Spirit In ‘Money​ Is Life’

Late one night, lying in bed after finishing a shift around 4am at the local boozer with an aching back, smelling of lager that a customer spilled over you is something a lot of us who have been through or are going through at some stage in our life. It’s those early hours of the morning that gives us opportunity to re-evaluate life situations and allow our brains go on overdrive. Aistè knows this feeling very well, with the prospect of days, weeks, months ahead of doing the same old shit, she woke up and started to write about this seemingly, never-ending circle of work for survival.

As one known to break the mould and flaunt her case to the cause, Lithuanian born London based Aistè is back with a heavy-hitting, pop single, replete with swagger and irony towards the fact that we’re taught that “Money Is Life”.

“Growing up in post-Soviet Lithuania, in a grey, high rise block of flats (pictured above), only further exposes you to a unique cultural blend that is comprised of the fresh and rebellious spirit of the country. But it was the exposure to American culture; watching films and things on TV that accentuated the idea of what freedom truly was and what you can do with it. How does one achieve the ‘American Dream’ when you’re in a place with a leftover sense of idealism from the Soviet Union.”​say’s Aistè.

The music video to follow, accompanying the track, opens by depicting a dream where the dreams began, taken back to the sky rise block where she grew up, dressed in a golden suit and trying to ​reach for the money​. Later, after years of hard, pain-staking work at the same old job, trying to aim for that goal of success, displayed in the video in the form of owning a red Jaguar she gets knocked down and it comes back to haunt her at every step of the journey. 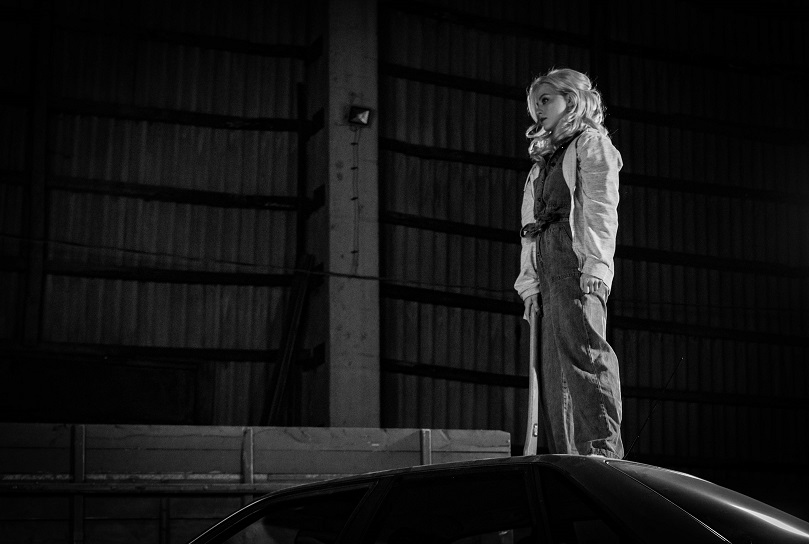 In one of those, sleepless restless nights and of an out right “fuck it” moment, she gets the next best thing, an ‘86 Red Audio 100, paints it how show likes, removes the roof with an angle grinder to make it a convertible and more. Aistè says “​At the end of the video you can see me drifting with it and enjoying the fulfilment of my dream, It wasn’t the, Jaguar it was better. My car was one and only. All because of my belief, hard work and what the dream truly means to me.”