With Halloween fast approaching, why not celebrate the creepiest time of the year with a movie? To be more specific: a horror series on your iPhone. Hooked Digital Media, an entertainment group found by Neal Edelstein (producer of The Ring, The Ring 2, and Mulholland Drive), proudly presents their mobile film Haunting Melssia. The narrative follows Melissa, a troubled teenage girl who believes that her recently deceased mother is haunting her. This new work of art is designed for a contemporary generation of young viewers attached to their mobile phones. It is the first project using Hooked Digital Media’s new platform and available on iPhone, iPad and iPad Touch. It seeks to engage its target audience and keep them on the edge of their seats as the Halloween season reaches its climax. 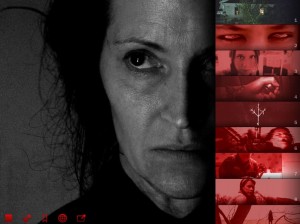 Haunting Melissa had been written, produced and designed to connect with Gen C viewers by telling stories in a whole new way. The new platform allows Hooked Digital Media to release episodes of Haunting Melissa through an unpredictable but linear fashion. It may pop-up at a quiet get together with friends; when you’re busy cooking something up at the kitchen, or on your way home on the bus. As viewers progress through the videos, the app will inject brand new content revealing important plot elements through push “update” notifications.

The project was created, directed and produced by famed producer Neal Edelstein, who worked on a number of horror hits including The Ring. The storyline was written by best-selling author Andrew Klavan, the brain behind True Crime. It stars up-and-coming actress Kassia Warshawski as Melissa Strogue, with a competent supporting cast including Travis Nelson as Brandon, and Barb Mitchell as Katherine Strogue.

The fully interactive app makes use of a complex system that allows for “edits on the fly”, meaning that what was seen in the first viewing may not be the same on the second. The twists and turns will create doubt, playing around with your mind. The app also provides a Facebook social feature where viewers sign in and notify their friends about the latest development in the story, further engrossing them into group discussions and debate on Melissa’s world. 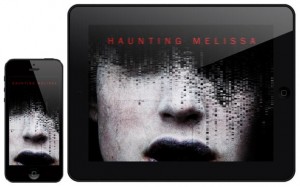 Another intuitive addition to the mix is an easy-to-use visual guide that comes with a colour-coded path to identify what’s been viewed already and what remains to be seen. According to Edelstein the technology ” … contained in the iPhone, iPad and iPod touch has allowed us to present stories in a dramatically different way. The technology supports story first and foremost. As viewers move further into Melissa’s world, they will understand why this new app technology will change distribution forever.”

Haunting Melissa is available now for free from the App Store for iPhone, iPad and iPad Touch. The first chapter is free while the additional chapters can be purchased through the App. The trailer can be viewed here (click at your own discretion):