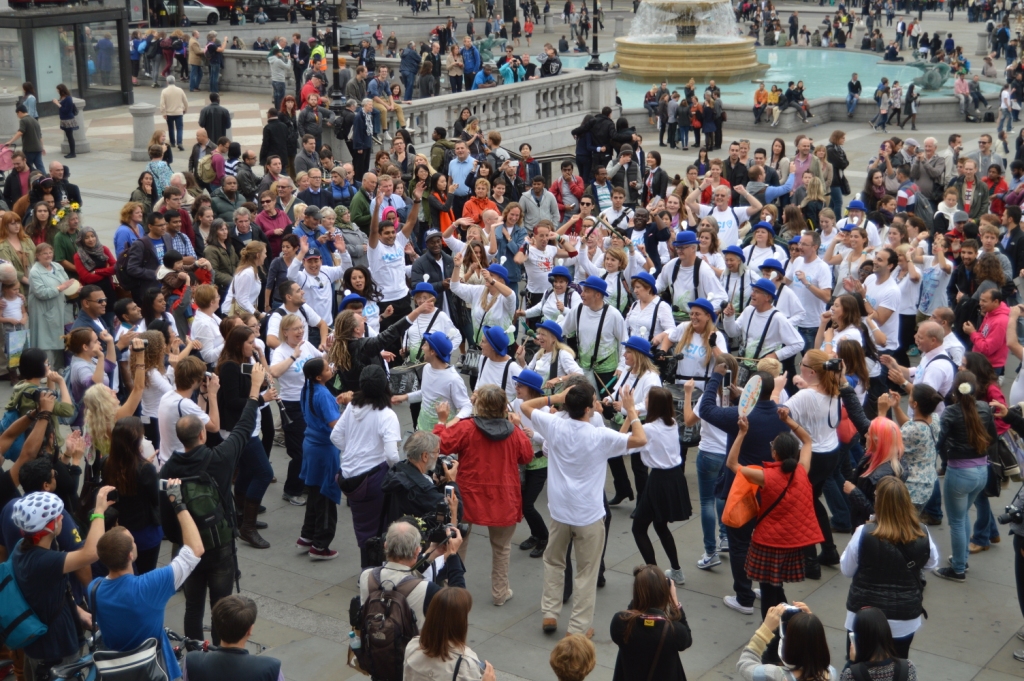 Established in 1981 by the United Nations General Assembly, The International Day of Peace seeks to unite peacemakers around the globe for a day of education and solidarity. This year, there will be a Peace Day Conference, followed by a WorldWide Flashmob on Sunday 21st September. We speak to one of the event organisers, Egle Valeikaite for a deeper understanding of what it entails and sets out to achieve.

Tell us about the event. What is the background and what does the day involve?

September 21st is an International Day of Peace started by a renowned English filmmaker Jeremy Gilley and declared by United Nations as a day of global ceasefire and non-violence. In Afghanistan from 2007 to 2010, Peace One Day and the United Nations were able to stop the ongoing conflicts and vaccinate over 4.2 million children.

Last year on 21st September 2013, JCI London, a partner of the UN, organised the first JCI Peace Day Conference in London, followed by a flashmob at Trafalgar Square with the drummers from the Olympic Summer Games 2012. We also had five other JCI Chapters participating across the world, in Ireland, Congo, Botswana, Sweden and Morocco! For the second year in a row, JCI is bringing a half-day conference as well as a human peace symbol with freestyle dancing across the world.

What is the goal for this year’s event?

Our goal for this year is to unite JCI chambers across the world in more than 100 countries from all 5 continents. In each location during the flashmob, we seek to have a minimum of 12 people to form the human peace symbol. We are aiming for a World Record!

How do you measure the impact – what are the most notable changes since last year’s event?

This year, there is definitely more buzz around the event. We had Jeremy Gilley, Peace Day Organization Founder, send a recorded welcome message to conference attendees. We were also kindly sponsored by huge brands, such as “One Water”, “The London Tea Company” and “ID&C”.

You must have toyed with some crazy ideas while brainstorming before deciding on the flashmob – any particular ones you are at liberty to disclose?

We had an idea of uniting street musicians to perform on the day in Trafalgar Square together with our drummers. However, we have ended up with a surprise performance during the flashmob. I guess I am not allowed to disclose it until the event. You just have to come and watch it! You can buy tickets to the conference or book yourself in for the flashmob here: http://www.londonpeaceday.org/