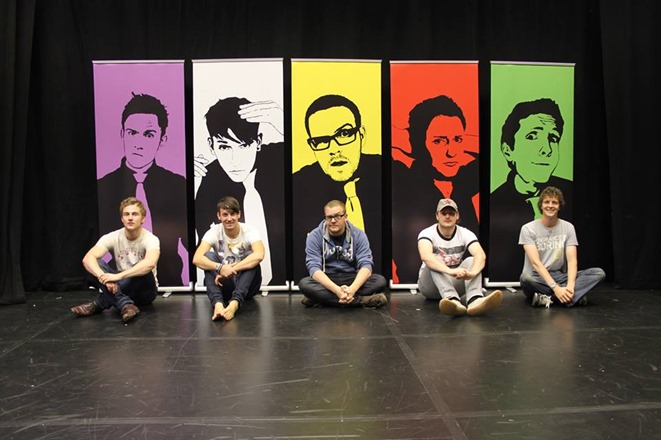 Interview With A Comedy Troupe The Noise Next Door 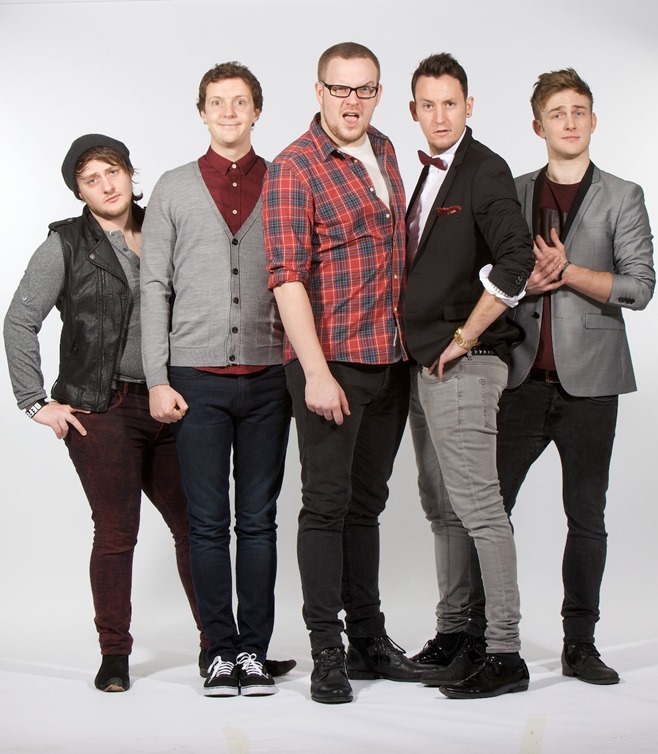 Tell us about The Noise Next Door?

It all started, as many of the best things do, by accident. We were all members of the Drama Society at the University of Kent and a local arts festival approached the society two weeks before it opened saying they’d had a drop out and if there was anything we had that could go on in an hour slot. We didn’t, and there wasn’t have enough time to learn scripts so it was suggested we do an improv comedy show very much in the mould of Who’s Line Is It Anyway. We got together our funniest friends, and after a couple of weeks learning how to improvise, just went out there and performed an hour long show! From there we went on to running gigs on campus, in the rest of the city and further afield, and then the five of us realised we’d like to take it further… So we did.

It’s come a long way since those embryonic days. We’ve had seven sell-out runs at the Edinburgh Fringe Festival, performed alongside the likes of Michael McIntyre and Harry Hill, and have appeared on BBC3 and BBC Radio 4. It’s been a blast so far.

What is unique about your troupe?

One of us has a third nipple. Not what you meant? Well… We are an improv comedy troupe, which is pretty unique in general in the UK! In America there is a huge improv scene that we are very envious of. What sets us apart from other improv troupes is our emphasis on comedy. We try and pack our shows full of jokes and will sacrifice pretty much any rule of improvisation to get a laugh. We’ve honed this high gag-rate style by performing on the stand-up comedy circuit alongside the country’s top comics. In fact over the years we’ve had the pleasure to headline pretty much every club on the circuit including Jongleurs, The Glee Club and The Comedy Store.

Do you have a general script of the show or is it all improv when you get on the stage?

There is never a script for the scenes and songs. We always make up those words on the spot based entirely on what the audience has shouted out and we have never and will never use plants in the audience. To make sure we keep our show slick and snappy we do often script the sections that interlink our improvised games. This is especially true in our Edinburgh shows which are much more heavily themed. One year in Edinburgh the show focussed on the colonisation of a new planet where the games saw us discover and build a brave new world; another year saw us set up a miraculous dark cabaret club where the games manifested as the different acts that would take to the stage. In every case the games themselves were improvised but the build-ups for them were scripted to add clarity. Edinburgh audiences require something a little more theatrical, which we are happy to give. Our club sets and tour show this year have elements of theatrics but our focus is on making the audience laugh as much as possible!

Who are your favourite comedians?

We are inspired by such a wide range of comics of different styles. From brilliant stand-up stars like Louis CK and Eddie Izzard to film stars like Bill Murray and Jim Carrey. We love TV shows like South Park and Fawlty Towers but also films like Airplane and The Royal Tennebaums. Variety is the spice of life, so they say! As mentioned above, we do spend quite a lot of time on the UK comedy circuit and up in Edinburgh and we have a lot of love for our peers too. If you get a chance try checking out James Acatser, Zoe Lyons, Daniel Sloss, Bec Hill and the spectacular sketch trio Clever Peter.

When can we see you performing in London?

Our 2014 tour show ‘The Noise Are Back In Town’ is at the Soho theatre for three nights. Friday 24th – Sunday 26th at 8.45pm on Friday and Saturday and at 7.00pm on Sunday. It’s a jam packed evening of us being funny on whatever subject you demand! The tour has been amazing so far and we’d love to see packed houses at the gorgeous Soho Theatre.