The Winners Of Olivier Awards 2015 With Mastercard 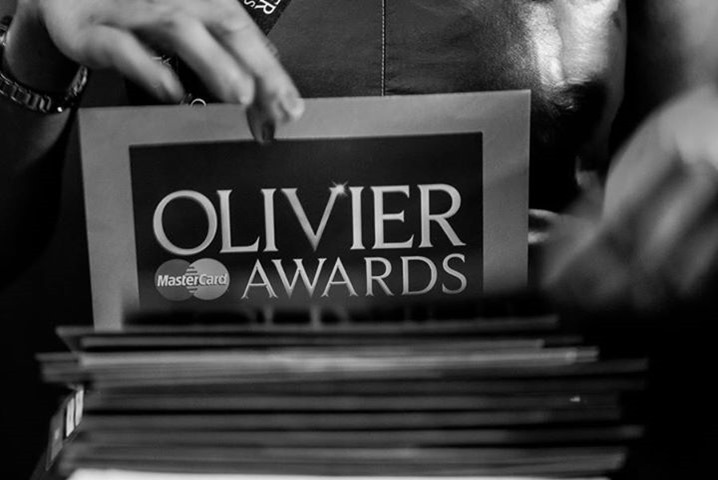 The winners of the Olivier Awards 2015 with MasterCard, the most prestigious event in the UK theatrical calendar, were announced yesterday in front of a packed audience at the glamorous ceremony held at London’s Royal Opera House. The full list is available below and online at www.olivierawards.com

Hosted by acclaimed actor and comedian Lenny Henry, the ceremony featured a showstopping finale with Kevin Spacey and Beverley Knight performing a one-off version of Bridge Over Troubled Water with the full Oliviers Orchestra and the 90-strong Arts Educational Choir under Musical Director Larry Blank.

Hampstead Theatre and the Young Vic are the big winners of the night, winning fourawards each. Hampstead Theatre’s hugely successful West End transfer Sunny Afternoon was crowned MasterCard Best New Musical and received acting nods for its stars John Dagleish and George Maguire (Best Actor in a Musical and Best Actor in a Supporting Role in a Musical) who play brothers Ray and Dave Davies in The Kinks musical. Legendary musician Ray Davies had further cause to celebrate when he recieved the Autograph Sound Award for Outstanding Achievement in Music for the Sunny Afternoon score.

The Young Vic’s wins include the prestigious Best Revival Award for A View From The Bridge, for which Mark Strong won Best Actor and Ivo Van Hove was named Best Director. Mike Bartlett’s Bull, which was staged at The Maria at the Young Vic, won the Outstanding Achievement in an Affiliate Theatre Award.

Bartlett left the ceremony tonight with a second 2015 Olivier Award, the Virgin Atlantic Best New Play prize for his modern history play King Charles III, whichenjoyed sell out runs at the Almeida Theatre and Wyndham’s Theatre. This brings the British playwright’s number of Olivier Awards up to three, having previously won Outstanding Achievement in an Affiliate Theatre in 2010 for the play Cock.

Nathaniel Parker won Best Actor in a Supporting Role for his portrayal of King Henry VIII in Wolf Hall and Bring Up The Bodies at the Aldwych Theatre. Christopher Oram’s period dress for the Royal Shakespeare Company production, which has just opened on Broadway, also took home Best Costume Design.

The Donmar Warehouse’s sell out production of City Of Angels won the much coveted Magic Radio Best Musical Revival prize, as well as the White Light Award for Best Lighting Design which went to Howard Harrison.

Dame Angela Lansbury received her first ever Olivier Award for Best Actress in a Supporting Role. The role of Madame Arcati in Blithe Spirit marked the multi-Tony Award winner’s return to the London stage after an absence of nearly 40 years.Penelope Wilton was crowned Best Actress for her performance in Taken At Midnight, beating stiff competition from Gillian Anderson, Kristin Scott Thomas and Imelda Staunton.

Memphis The Musical was awarded two Oliviers in the categories for Best Theatre Choreographer and Best Sound Design, which went to Sergio Trujillo and Gareth Owen. The XL Video Award for Best Set Design was given to multi-Olivier winning designer Es Devlin for The Nether at the Duke of York’s Theatre.

The Play That Goes Wrong, which originally opened as a one-act show at the Old Red Lion Theatre before transferring to Trafalgar Studios and ultimately the Duchess Theatre in the West End, was awarded Best New Comedy. La Soirée, which describes itself as a cocktail of cabaret, new burlesque and circus sideshow, received the Best Entertainment & Family Award for its run at the La Soirée Spiegeltent.

In the dance categories, Best New Dance Production was shared by 32 Rue Vandenbranden by Peeping Tom at the Barbican Theatre and Mats Ek’s Juliet And Romeo by the Royal Swedish Ballet at Sadler’s Wells.  The award for Oustanding Achievement in Dance went to Crystal Pite for her choreography in the productions of The Associates – A Picture Of You Falling, The Tempest Replica and Polaris also at Sadler’s Wells.

This year’s Special Award winners were the groundbreaking classical and contemporary dancer Sylvie Guillem, who was presented her award by Sir Anthony Dowell, and Kevin Spacey, who recieved his award from Dame Judi Dench in recognition of his tenure as Artistic Director at The Old Vic Theatre and contribution to the London stage.

The only publicly voted prize, the This Morning Audience Award, was won byWicked.

On the night the live Oliviers Orchestra performed with orchestrations and original music by conducter Larry Blank, and further orchestrations by Mark Cumberland.

There were also special performances from all the nominated productions in both the MasterCard Best New Musical and Magic Radio Best Musical Revival categories, including performances by Nicole Scherzinger, dancer Akram Khan and a number from Here Lies Love by leading lady Natalie Mendoza and Talking Heads’ David Byrne, who co-created the show with Fatboy Slim.