I was told by someone that art never goes out of fashion – especially when it causes us to think and reconsider many things. Unfortunately, I couple more things never go out of fashion; like war, poverty, conflicts and inequalities. Banksy’s temporary installation (now closed) Dismaland encapsulated all of them.

The installation opened doors for the public on the 22nd of August in 2015 and closed shortly after – on the 27th September. Especially in these times, when the whole world is going through every kind conflict and uncertainty, his installation should still be a reminder of our sometimes sugar-coated society.

His installation was a grim, dull and devastated Luna-Park that, on the lines of Disneyland some say, promised to have the opposite effect: rather than filling its visitors with joy and happiness, it promised to leave them upset and, possibly, more conscious.

And how else could it be, when the clear puddle where fluffy ducklings happily swim becomes the watery tomb of countless migrants, all crowded and gloomy on unsafe boats? The shiny funfair of primped white horses in Dismaland is just an abundant stack of meat for a butcher and the shiny pumpkin Cinderella used to ride is just the umpteenth wrecked remains of a car accident.

The concept behind it is, by and large, a critique of modern society, indifference of governments towards migrants, relentlessness of capitalism and more or less all of the evils of today. Dismaland is a scaled down model of our society where everything is more blatant than it is in real life, but still got the same essence and form.

When the installationclosed, the fixtures and parts that constituted it were sent to Calais to help build shelters. 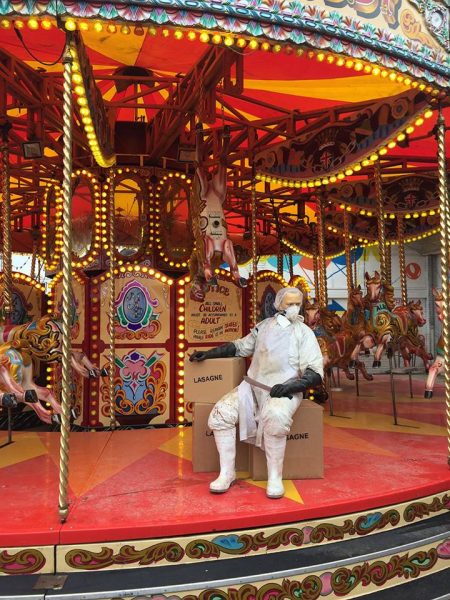 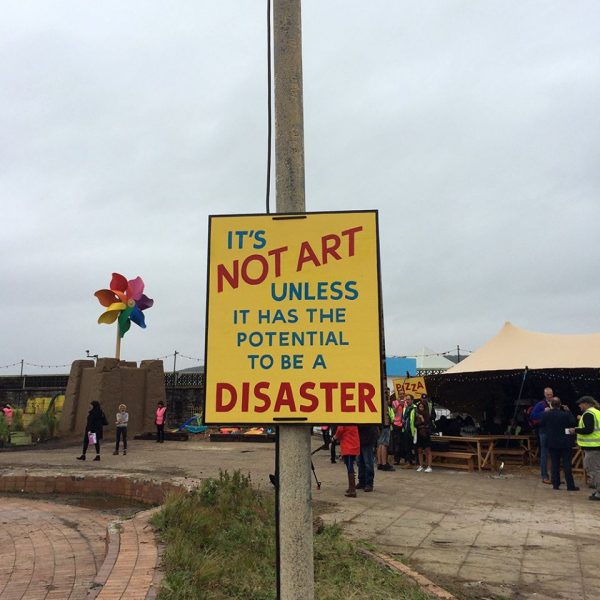 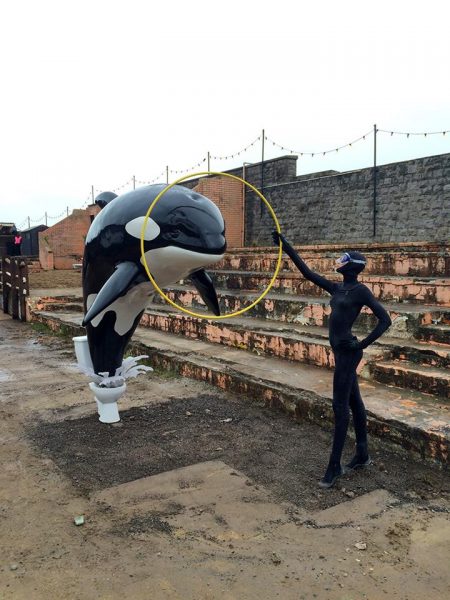