Snatched Moments in Shoreditch: Synthetic Love on a Saturday Night 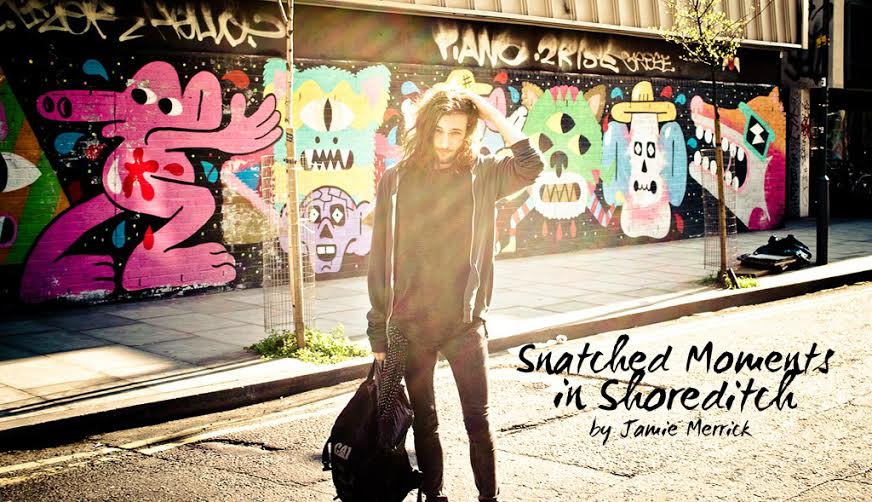 They stood at the bar like two sagging mattresses surveying the nightclub crowd. It was but one of a medley of dive bars that line Kingsland Road; filled with a sticky mix of ageing bachelors and gurning millennials pilled up to their eyeballs. This bloated duo just lingered by the bar. They needed love, and a Turkish pool hall in Dalston seemed like the ideal place to find it.

Bert, gifted with flesh like a cracked pastry and a minuscule mouth, was tangibly awful at talking to women. His memory would desert him and his sentences went to shit:

“And of course, we were, like… um – running, and there was — well we were under a big tree and the crimson rain just poured down… It was just all epic! and thundering …. and um… Well it was, it was… oh god, it was… — I actually can’t be fucked to finish this story. Can’t really remember what happened and I’m just starting to make things up… sorry. What was your weekend like ?”

Bert’s mate was little better. His name, as his face suggested, was Darren and his thirties continued to choke the youth out of him. Tonight he was clad in a freshly acquired polo shirt – baby blue, thin white horizontal stripes – with the number 53 emblazoned on the chest. It was tucked into the deepest recesses of his slacks. Bertie didn’t approve.
“That’s you sartorially expressing yourself is it?!” The number 53 whooshed off the side of the tee. “Fuck me…”
“Eighty-five smackers this t-shirt cost,” argued Darren.
“No way!”
“Yep.” He tugged out the labels. Sure enough this t-shirt – with the number 53 whooshing off the side – was eighty-five actual pounds. Bertie’s flannel shirt & jeans combo cost less than the price of entry.

For the 10 years they’d been clubbing together failing to find a partner. With their peers now tucking their little ones into bed and stepping on pieces of Lego, these two remained awake at night, continuing their quest for flesh. They almost viewed the idea of seduction as a job. Or at the very least a responsibility. It looked utterly joyless.

2 years had passed since their last nocturnal ‘stab in the dark’. It’s as if they were cloaked in darkness. Simply nobody noticed them. Not because they’re ugly. They’re not. They’re just nothing in particular. As in you’d have to be staring directly at them not to forget their faces.

“These days, I don’t even wash my goolies before I come out,” Bert dribbled. “Well I do. But I needn’t bother…” he trailed off, looking at the disco ball above his head. “Nobody’s gonna be eating from this midriff tonight, no. Not tonight, nor any night.”
“Just gotta be patient in this game,” Darren added. “I’ll go a year, say, without pulling, then all of a sudden I’ve kissed two girls in two months. It’s all worth the wait.”

They both seemed happy enough with themselves.
Actually they didn’t.

Bert was getting tetchy hopping on the spot.
“Do you need to dance or something?” Asked Darren.
Bert nodded furiously, “I really do, you know.”
“Go dance if you wanna dance!”
“Come with me,” he begged clutching his balls.
“I’m busy!” Daz was chatting to a female who happened to be waiting for a drink beside him.
Bert just stood, lost in thought as if on a cliffs precipice weighing up whether or not to jump.
“Chuff it,” he snapped and stormed off to the dance floor.

Darren had his back to me, loudly talking to the girl waiting for her drink. He had an awful habit of stifling belches when he spoke. Every other word would be followed by a pause where he’d bury his chin into his neck, zip his lips, hold back the guttural gust and exhale; before continuing to talk.
He exhaled.
She coughed. “Gonna try and get served over there.”
He sank even deeper into his neck.

It was like the inside of a kettle in here. The disco lights shone off Bert’s glistening bald head as he jigged away clapping to himself, not quite in-time to the music.
“WOOooooOO!” Punching the air. “Yes, yes, YES. I need this!”
He yelped to the skies, “give it to me, give it to me…”
He jumped up and down, his head almost hitting the ceiling.
“I wanna feel the music in my BONES and my BALLS, woooo!!!”

Darren and I were still leaning on the bar observing Bertie’s mental dance. Incredibly, a woman (an actual woman with hair and hands) joined in, clapping along with him and immersing herself in his seizure of pleasure. Darren’s eyes clouded over. He looked positively jealous, not of Bertie, but of the woman herself.

She had a sunny face, no eyebrows and a genuine smile.
“Bit ropey ain’t she?” Darren scoffed, turning to the bar.
“She seems lovely,” I said.
“I know she does… let’s neck some shots.”

We downed the noxious green drinks. Our heads snapping back as it fizzed down our throats and burned. “Gurchaaa!” Darren growled, exposing his square teeth. “I’m gonna have a walk around.”

Bertie and his bae were getting along great. As she skipped off to the cloak room he sidled up to me, his laminated skin twinkling with nervous sweat.
“I’ve got a brainy one over here,” he chuckled. ‘One’ – as if she were a fish flapping about on the floor. “We’re gonna grab a kebab in a bit. You got any opinions on shit I can borrow?”
“You want to ‘borrow’ some opinions…?”
She returned with her jacket over her arm.

Bertie pierced his eyes and cupped her chin.
“Come here and kiss me on the mouth you.”
She giggled, “silly!”
“Come on treacle bunny…” His paper-thin lips parted. His tongue burst through and flapped away.
She continued giggling. “BOP!” She said, tapping the end of his nose with her finger. “BOP!”

Bert withdrew his tongue and winked at me. “Just popping to the bog,” he said. “This is Becky by the way.”

The night was hanging by a thread and I was by now fairly looking forward to bed.
I spoke with Becky a little while. She said how hard it is to find fluffy and adorable guys like old Bertie these days and she couldn’t wait for her girlfriend to meet him.
Darren then returned. He looked vexed.
“I’ve just been chatting to a chick who was born in 1999! Let’s get the fuck out of here.”

“Gurchaaa!” Darren necked another shot as the door for the toilets slammed open. Out came the silhouette of the mountainous bouncer marching towards us. Within his thick clenched fist was Bertie’s waistband. He was being hauled by his jeans across the sticky dance floor.
“What the fucks going on?!” Shrieked Becky. His Topman underpants were sliding down his ashen thighs.
“OUT THE WAY!” Honked the bouncer, built like a big brick bastard. “MOVE. EVERYBODY MOVE.” The dancers parted. Bert’s flannel shirt was now gathering around his neck.

The brute in black stood Bert up at the entrance, his trousers and pants now hugging his ankles. He shoved the poor fella out onto the path. Bertie hopped a couple of steps before falling onto his hands and knees. His bare arse sat facing the stars for what seemed like forever.
“What happened??” Gasped Darren.
Bertie picked himself up and fastened his belt. “Where’s Becky?”
“Never mind her. What happened?”
“She has a boyfriend doesn’t she?”
“Essentially, yeah.”

Darren turned to the bouncer.
“Why d’ya throw him out ?”

The bouncer looked down at him. Blinked.
“Your boy was rinsing his cock and pink little arse in the sink…”
Darren rolled his eyes, “oh crumbs,” and turned back to his pal.
“…Cock and arse?!”

It was now 1am on a Saturday night and they left, like always, without another soul in their sphere. Instead they set off for Shoreditch. Where everything would be closed.