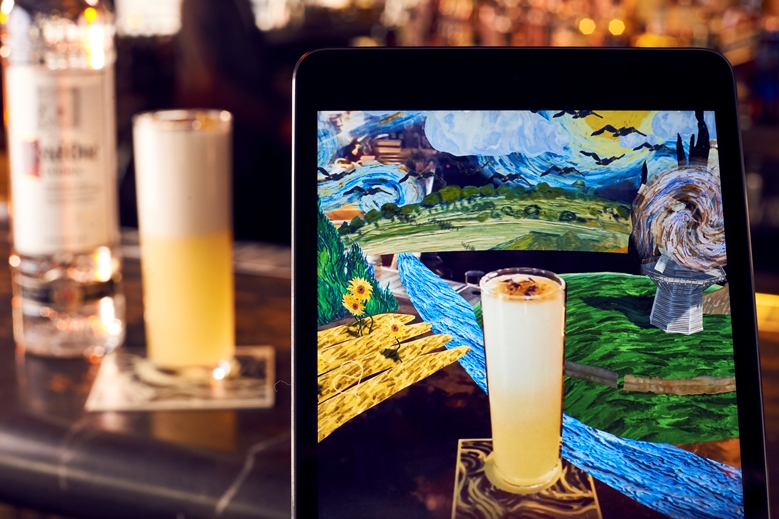 In May, Jason Atherton’s Michelin-starred restaurant and bar, City Social, is set to revolutionise the way we consume cocktails with the launch of MIRAGE, the world’s first augmented reality cocktail menu.

18 months in the making, MIRAGE is a cocktail list elevated to new dimensions with the use of a purpose-built app, created by Mustard Designs. Upon selecting one of the 12 new serves, guests will be presented with a cocktail that initially appears like any other. However, once the app is pointed in the direction of the drink, the augmented reality technology comes into play, transforming the guest’s perception of the cocktail and bringing their surroundings to vivid life. 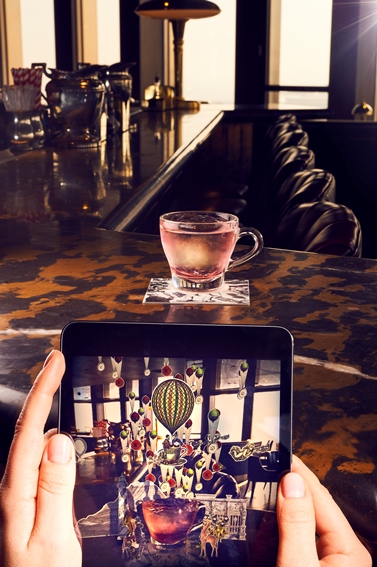 Created by two of the bar industry’s most established personalities, Group Bar Executive of The Social Company, Jamie Jones, and City Social Bar Manager, Tim Laferla, the inspiration behind the list of cocktails is art through the ages, with each serve influenced by a different artist or era. From Van Gogh to Banksy, MIRAGE immerses the guest in a vibrant world where great tasting cocktails become interactive art. Using premium spirits from some of the world’s leading drinks companies, including Pernod Ricard, Diageo, William Chase and G’Vine, the list comprises a varied selection of techniques and flavour profiles. 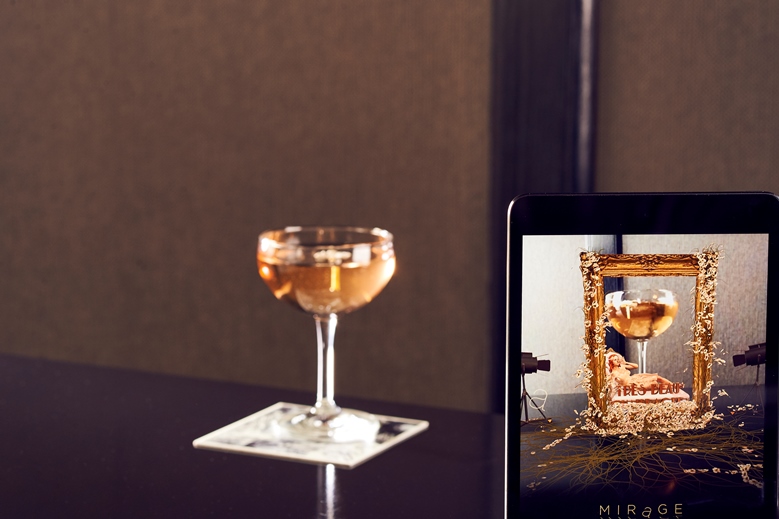 While most of the menu will remain under wraps until launch, City Social has exclusively revealed the details on three of the cocktails set to feature on the new list. Taking inspiration from the Victorian era, Dogstone Brew blends Hendrick’s Gin, port, bergamot, black tea split milk and orchid root to create a clarified milk punch cocktail with floral notes and a long finish that is served accompanied by floating Victoriana-style balloons and Monty Python-esque imagery. A nod to the iconic Art Nouveau posters of the late 1800s and early 1900s, subtle and decadent champagne cocktail, Sashay, blends Perrier Jouët Belle Époque Champagne, Japanese plum wine, jasmine and liquorice and features a beautiful woman reclining on a chaise longue. A mix of Ketel One Vodka, elderflower, bee pollen, lager and egg white,Wheatfields with Fizz references iconic symbols of Van Gogh’s paintings including ‘Starry Night’, ‘Wheatfields with Crows’ and ‘View of Arles’.

A ground-breaking selection of cocktails that must be seen to be believed, City Social is set to shake up London’s cocktail scene with MIRAGE, the world’s first drinkable tech menu.