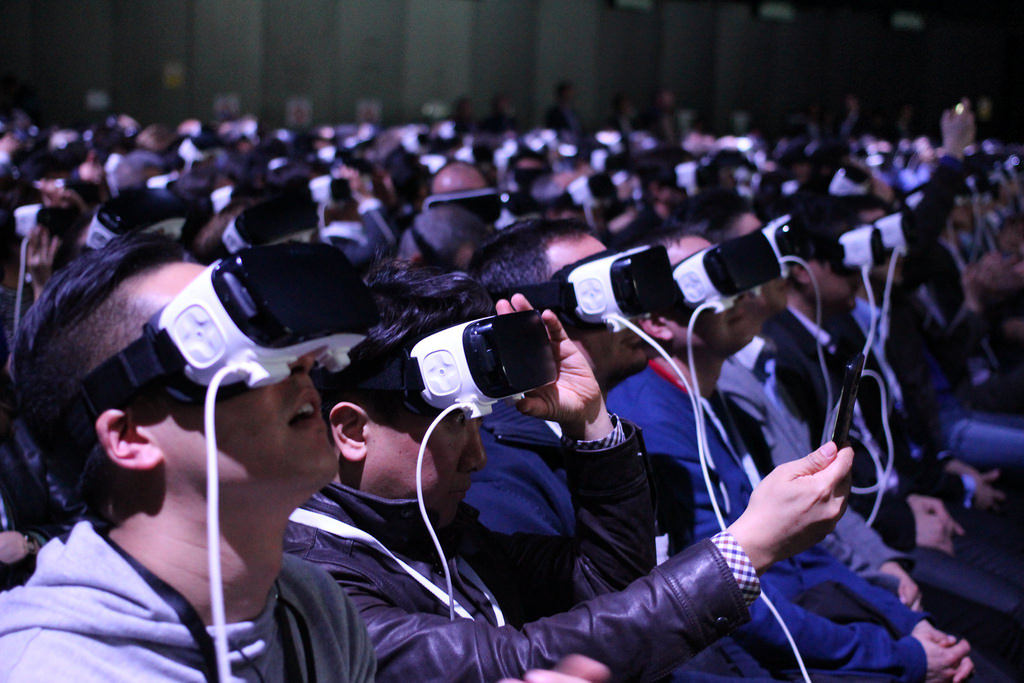 VR and Biometrics are About to Disrupt the Online Gaming Experience

5 industries where VR will soon make an impact

Most of us who have been avidly involved in the gaming scene for a while can still remember the first online gambling sites getting set up in the mid 90’s. At the time it was apparent that the ability to place bets or play a hand of poker from home was going to create a substantial shift in the industry – and we definitely weren’t wrong.

Online casino sites, like Simba Games here in the UK, have since begun to collect billions of dollars in revenue while physical locations still burdened by geography have been forced to search in foreign markets such as China to keep their numbers high. The obvious benefits of no longer needing to go to the bookie, or take a trip to another state or country in order to gamble, can’t be understated. The worldwide online gambling industry is looking to top 2.14 trillion U.S. dollars by 2020.

In the Golden Age of Las Vegas, when most of the major players in the city were just getting their start, competition over the growing market was intense. An extreme amount of wealth pouring in always creates a sort of arms race amongst establishments wanting a bigger slice of the pie. Vegas Casinos began building extravagant shows and offering world-class amenities to outshine the competition. In much the same way, the online casinos and game makers have started an arms race of their own.

The high level of competition, coupled with trillions of dollars of possible profit, has set the stage for considerable investments in next-generation technologies. The immense level of sophistication and integration coming out now and in the near future is setting the stage for what appears to be another cataclysmic shift in the industry. While there are a whole slew of advancements and innovations coming down the pipeline, the ones that seem to be catching most of the headlines are the plans for integrating biometrics and virtual reality into the online gaming world. While we aren’t sure how these will ultimately manifest themselves, what we have seen and heard so far is rather amazing.

Basic virtual reality experiences have been around for decades. I recall putting on goggles and playing a rudimentary shooting game nearly twenty years ago in a Vegas showroom. In the last few years though, the promise of affordable personal virtual reality equipment has finally become a reality. Spearheaded by video games, technology like the Oculus Rift is now appearing in more and more homes.

There have been sites like SlotsMillion that have tried to preempt the competition and become the early adopters of this technology, launching VR experiences in 2016. So far these are basic virtual casino experiences that let you look around a digital casino space and engage in table games with other users.

This adds a whole new level of immersion and possibilities to the digital gambling experience. Sites can now interact with and entertain their customers in all new ways. Many sites also hope this extra level of immersion will translate into longer play times as well. It is not hard to imagine companies pairing up with creatives like musicians or other artists to offer exclusive VR experiences to their customers.

While these early releases aren’t quite glitch free yet, they do provide a helpful insight into what is possible with this technology. It has now been proven to other companies that this was a viable path to take. In response, organizations like the slots developer NetEnt have announced plans to begin developing a number of VR slot games and the VR gambling scene is expected to see an 800% increase in size by 2021.

What is being done in the realm of biometrics today is beyond what was imagined in even some of the most elaborate science fiction tales. Motion tracking cameras, microchipped uniforms and helmets, and biometric sensors are just the beginning of what’s about to shape the future of sports betting, SlotSpinners explains. Extravagant amounts of data ranging from an athlete’s heart rate to the sum of newtons generated by an offensive line will soon be at your fingertips. Even those old baseball statisticians will seem ignorant of their sport without this high-end data.

What one will do with all of this data is anyone’s guess at this point, but you can almost hear the gears cranking in the brains of thousands of betting mathematicians trying to create the perfect algorithms.

The result of this data overload being underpinned by advanced technological algorithms means that even a lousy step by a boxer getting out of his car, or a negative tweet by a sports scout, could preempt millions of dollars in bets.

Where are this technology is leading the online betting industry is anyone’s guess at this point. One thing seems for certain though, it will be big.