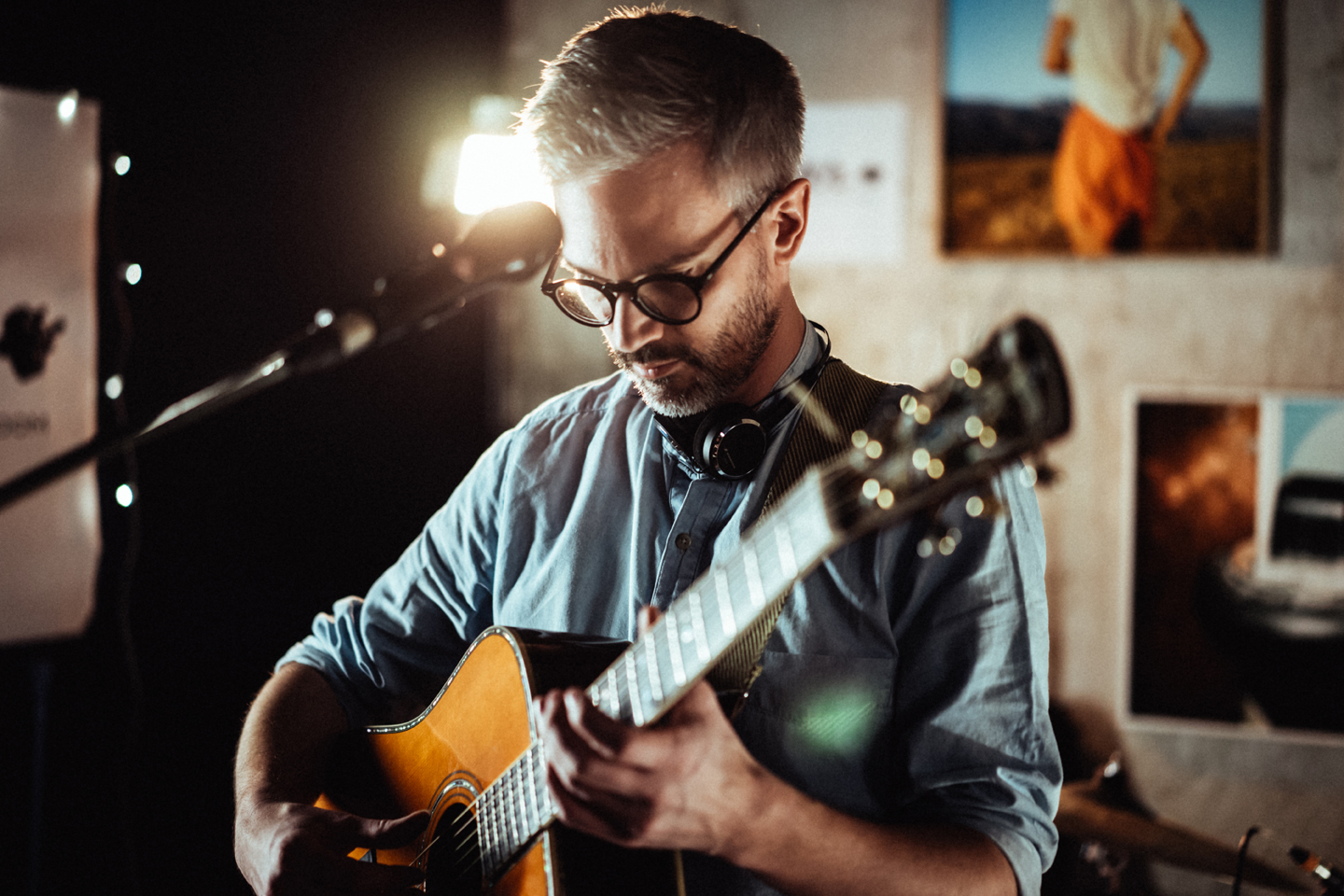 Get to know Austrian Singer-songwriter Soulitaire

Martin Rotheneder is the man behind the project, constructing Soulitaire as inspiration from his previous musical projects. A classical guitarist, he later gained a Master’s degree in jazz guitar at Gustav Mahler Conservatory in Vienna. With a sound reminiscent of Bon Iver and Newton Faulkner, Soulitaire has combined his love for jazz guitar and drums by playing just one single instrument: his acoustic guitar.

Tell us about you, how long have you been producing music? What did inspire you to start?
My first attempts at recording were with two tape decks and some HiFi-Mixingdesk in the summer of 1992 at age 14. About two years later I did my first real writing on a friends sequencer followed by a lot of songs and demo-recordings with various bands over the years. This was ultimately leading up to my first professional solo-album in 2004. I can’t really remember what got me started in the first place, but I guess it was due to the fact that I’ve always had a rather clear vision in my head, how things should sound and what emotion and imagery I wanted to portray, so I guess this was the obvious way to go.

The music industry is super competitive these days, was there a moment in your life that you wanted to give up on music?  How did you manage to stay focused and achieve what you want?
There always have been and still are days that make me feel exhausted about the music business, but that’s mostly after days of only office-time, managing my label without playing or writing any music. As soon as I’m rehearsing or on stage or in the studio, my batteries are loaded again. As for staying focused, for me starting a family really brought things forward. With the birth of my daughter, I felt more responsible to carry on through with my own vision and skills and work maybe even harder than before. I disciplined myself to go the extra mile both in my skills as a songwriter, guitar player and singer, but also in my label work. And that seems to be slowly paying off.

How would you describe your creative processes? Who writes the lyrics to the songs? Are the music and lyrics written in conjunction, or separately?
Sometimes melodies come with a lyrical phrase, sometimes there are only lyrics and sometimes there’s only some guitar part I’m working on. My song “One Of Many Parts” for example started with the idea for the guitar part in the chorus, which I had to practice before I could really play it. A few days later I had the idea for the vocal melody in the chorus, “I believe in rainbows, in every single colour” (I still have a recording of that initial spark on my phone). Again a few days later I added the two separate ideas and worked out the rest of the song. And then it took me quite a long time until I was really able to sing and play the song at the same time! :-D

Where the inspiration comes from?
Musical ideas are mostly there without warning, oftentimes when I listen to some other song or watch some documentary that sparks my imagination. The themes for lyrics, especially on this album, built up over weeks and originated in some personal issues that I had to deal with at the time. But I oftentimes hesitated to really work those themes into lyrics before I didn’t have some kind of solution at hand. I wanted the lyrics to transcend the dark into light – or at least give a hint where the light may be. To me that’s part of my obligation as a lyricist and musician: Express those moments of light in words and music so that other people may be reminded of the light in times of darkness.

What’s your favourite track from the upcoming album and what other bands/artists are you listening to right now?
“Everytime” (the first track on my album “I Believe In Rainbows”) I enjoy listening to the most, but I really love playing the song “No” live. I listen to a lot of new music, see what’s new on Spotify, what friends and colleagues are up to. But most of the time I’m listening to NPR Music’s “All Songs Considered” Podcast and also the “Songexploder” Podcast and really enjoy all the music they are introducing.

What’s next for you?
I’m really looking forward to sitting down and write again, record new ideas and demos, write with some friends. I’d like to release at least one or maybe even a couple new songs in 2018 and of course, play more live shows.