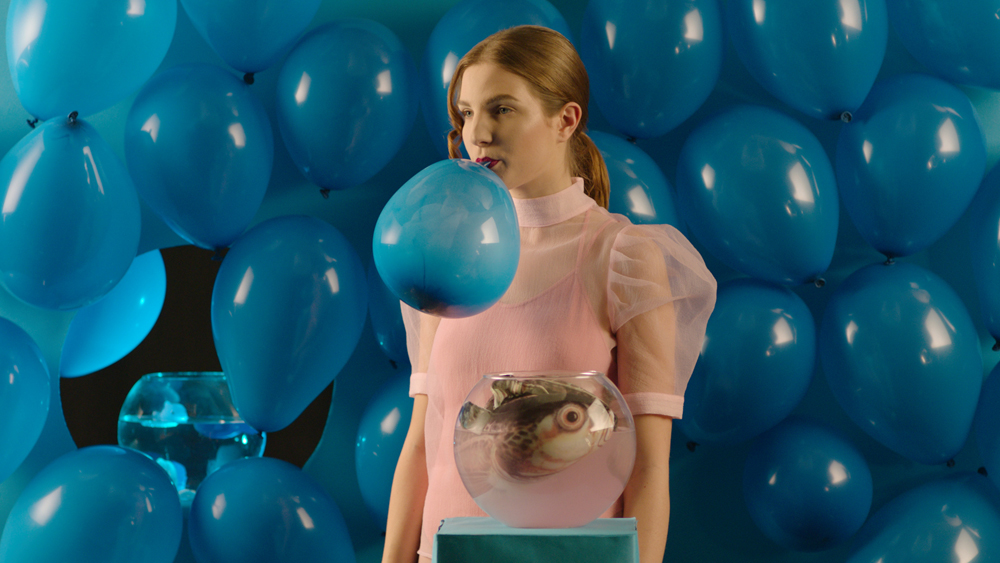 Austrian electro-pop duo LEYYA has shared enthusiastic new single ‘Drumsolo’ and announced upcoming album Sauna via Las Vegas Records. This follows the success of their previous singles ‘Zoo’ and ‘Oh Wow’ which received vast support from tastemakers such as Pigeons and Planes, Wonderland Magazine, Clash magazine, Complex, Konbini, The 405, Consequence of Sound, BBC Radio 1’s Huw Stephens and Phil Taggart, BBC 6 Music‘s Lauren Laverne, Virgin Radio Playlist,  Radio 1 Playlist in Germany and Austrian FM4’s Radio Charts amongst others. Sophie Lindinger and Marco Kleebauer have been on a high streak of victory – which has seemingly jolted to life on its own accord. Their debut album Spanish Disco was the catalyst – creating a cause and effect whirlwind of huge festival performances and radio play, as well as television and film appearances. Hit single “Superego” quickly racked up over 3 million plays on Spotify and over 560,000 Youtube views.

These many triumphs resulted in tastemaker recognition including European festivals and performances at The Great Escape (Brighton, UK), Liverpool Sound City (Liverpool, UK), Tallinn Music Week (Tallinn, EE), PrimaveraSound (Barcelona, SP) and Electronic Beats at Reeperbahn Festival (Hamburg, DE) – before finally headlining Popfest (Vienna, AT) back home, where they played to a crowd of 20,000 in front of the famous Karlskirche in Vienna’s beautiful City Centre. LEYYA’s performance at Iceland Airwaves was called one of the “most exciting” on display by Consequence of Sound; while Musikexpress was similarly enthusiastic about their show at Eurosonic Nooderslag, calling it “The best concert of this year’s Eurosonic Festival.”

With Austria’s most esteemed music prize – an Amadeus Music Award under their belts, they went on to New York’s Indie Week where they cemented their status as a force to be reckoned with. LEYYA proved that they don’t rely on tried and tested patterns, but always develop their sound in order to stay fresh, modern and relevant.

Speaking of the single ‘Drumsolo’ Leyya comments: “Drumsolo is one of our favourite tracks of the new album – on the one hand it’s very complex (at one point it doesn’t even make sense music-theoretically) but on the other hand the melody is very catchy so you don’t notice its quirkiness – that’s what we always wanted our tracks to be like – different layers to discover depending on the listeners mood.”