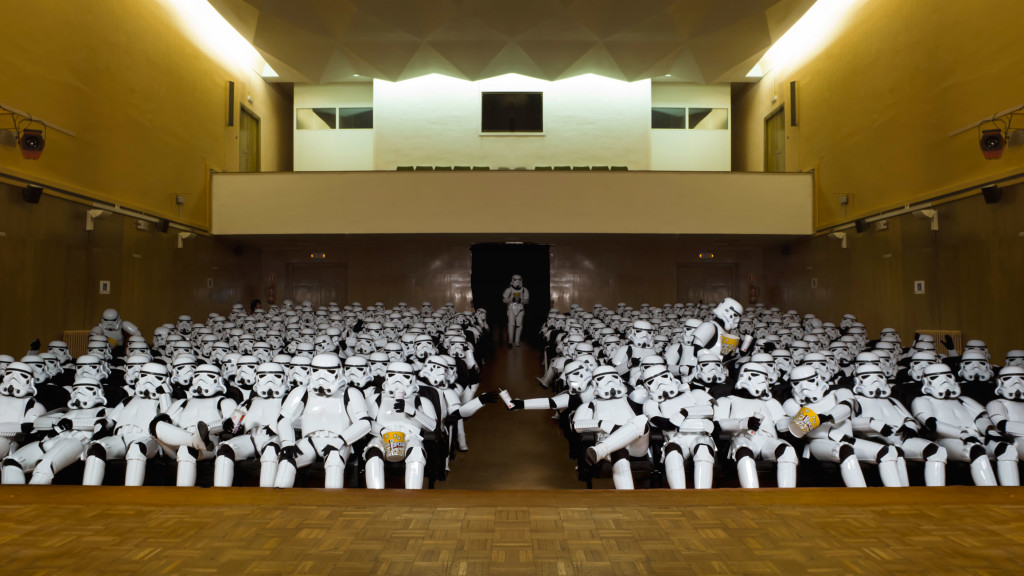 Photographer Captures Stormtroopers In The Trials Of Everyday Life

It’s a tough life being a Stormtrooper – you’re an unwilling villain at the beck and call of a maniacal mouth-breather and to top it all off you’re actually not that good at your job, meaning you often end the day dead, injured or at the very least being harangued for missing a shot at your heroic targets.

Never fear though, for photographer Jorge Pérez Higuera is here to bust the myths surrounding Vader’s ill-fated pawns in a photo series that takes a look at what the troopers do on their days off.

“They represent the galactic working class,” said Higuera speaking to Wired. “Let’s be honest, if that future existed, we would probably be imperial soldiers and not heroes or villains.”

The photos ascribe no single race, gender or age for the masked soldiers, preferring instead to represent them in a number of different roles from schoolkids to cocktail quaffing Jacuzzi-dwellers and elderly knitting enthusiasts.

“I like to think that in my photography I can represent everybody and nobody in particular,” he says. “I love the idea that the stormtrooopers’ roles are assigned by the spectators’ imaginations in terms of whether they are males, females, teenagers, or elderly.” 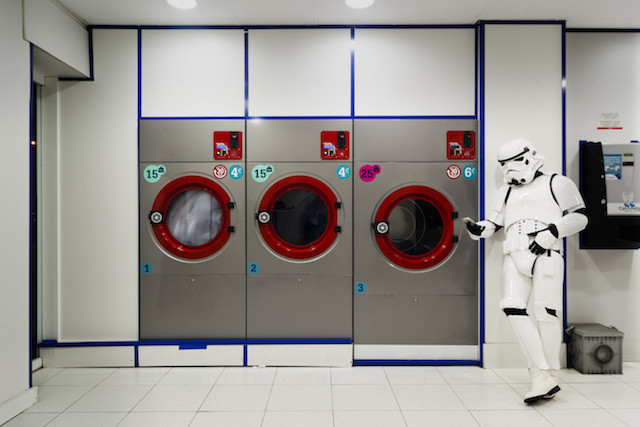 Delighting in the banal task of everyday life, Higuera’s photos highlight the idea that behind the mask these storm troopers have got to get by just like the rest of us – do their taxes and their laundry, eat a healthy breakfast, and just hang out on their days off from the Death Star.

“The most important thing for me is to value everyday life, underlining the fun aspects in each tiny detail from our day-to-day lives,” says Higuera. “If this message doesn’t fully come across, I would still be happy knowing that people feel connected to my photographs, even if it’s simply by bringing a smile to their faces or making them laugh out loud. If it is indeed the latter, I would feel utterly satisfied.” 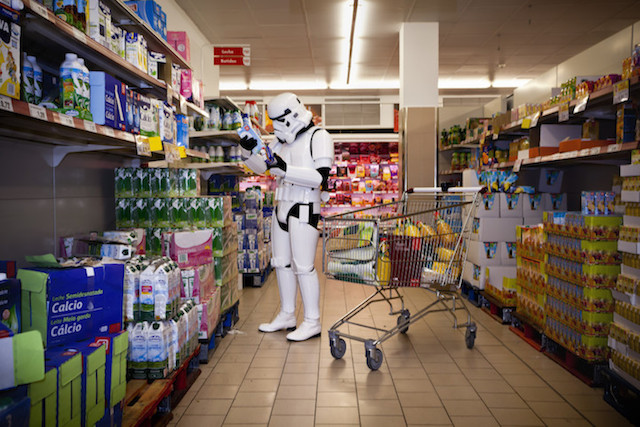 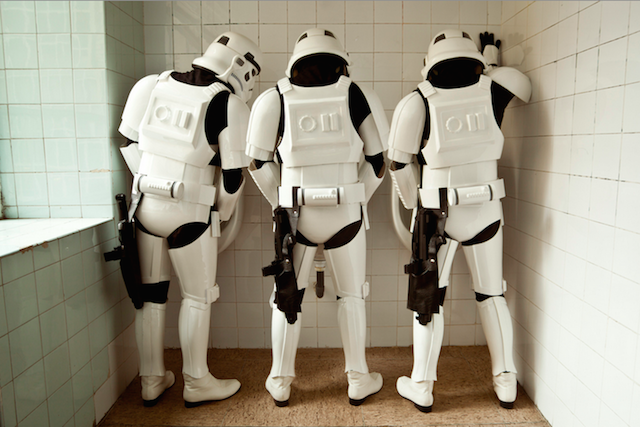 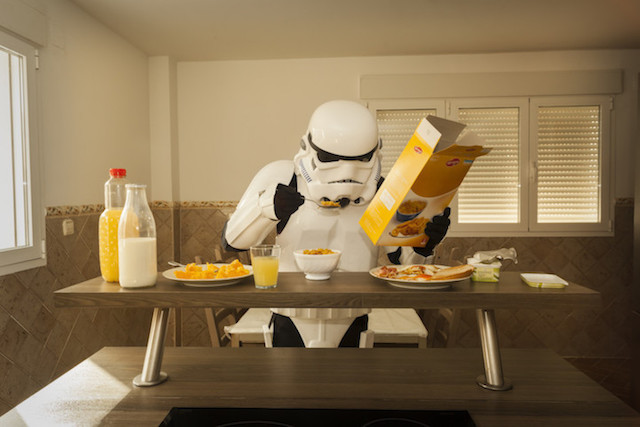 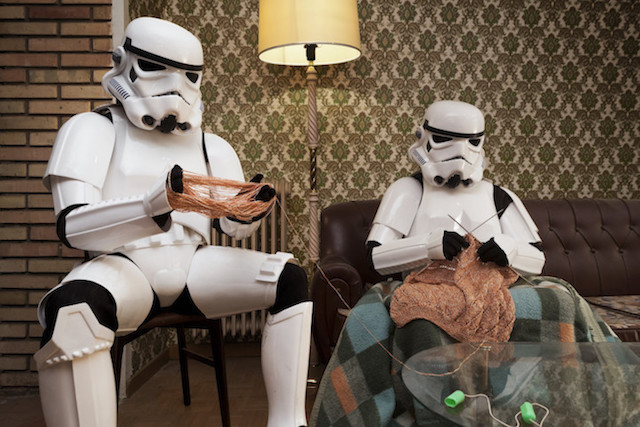