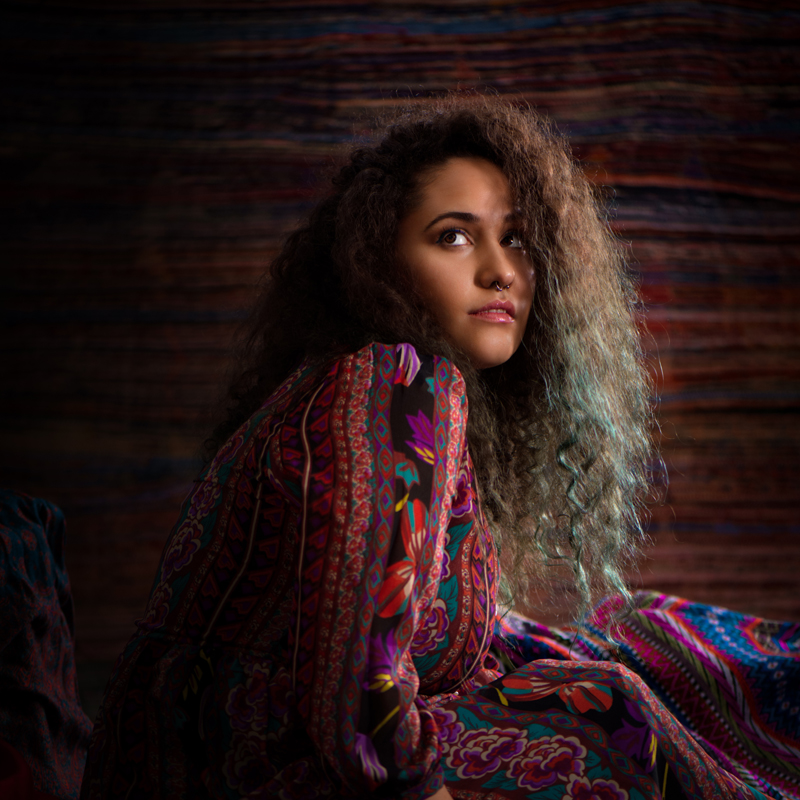 Boston born and raised Latina singer Annie Goodchild has released her new single ‘Ether’ (stream it HERE) from her upcoming cinematic American roots EP ‘Meditative Mouthfuls’ to be released via Radicalis on the 28 September. The extremely versatile musician has fronted alternative pop band Melou for the past four years, touring Europe extensively and playing both major and independent festivals. Just last year the singer opened for R&B queen Alicia Keys at the highly exclusive Baloise Session festival and also played at the acclaimed Zermatt Unplugged and Montreux Jazz Festival. Annie Goodchild’s performances with American musician and arranger Scott Bradlee of Postmodern Jukebox, best known for his viral video creations have racked up just under 8 million Youtube views to date, whilst her tracks have over 3.7 million Spotify streams and are steadily climbing. ‘Meditative Mouthfuls’ is Goodchild’s second EP and was produced by the talented Berlin-based Hannes Butzer who is well known for his collaboration with underground alternative pop and singer-songwriter musicians, such as Mogli and L’aupaire.

Once upon a tequila-soaked night in Guatemala, a girl brought up on jazz and classical piano got on stage at an open mic night, picked up a guitar and Annie Goodchild the musician was born. Although this was one of the first times Goodchild sang solo on a public stage, her whole life has centered on art and music. The singer recalls early childhood singing in gospel choirs, memories of Sunday morning jazz and classical radio from her mother, her childhood years immersed in 90’s R&B and her teenage years discovering Psychedelic rock. Annie Goodchild is no stranger to a cosmopolitan lifestyle, having lived in a myriad of exciting places such as New York City, Barcelona and Basel while also spending her life nomadic and on the road, touring internationally with her band while writing and performing music. The musician admitted that she often struggles with stage fright, perhaps this is what kept her from the stage lights in her youth, but Annie doesn’t let this get in the way of creating and producing music filled with personality and overflowing with emotion.

Annie Goodchild is a traveller of genre as well as a traveller of the world; when speaking of her influences, she cites artists from Pink Floyd to Nina Simone. The singer-composer uses a plethora of musical elements to express herself in her songs, creating her own genre of American Roots and cinematic pop. The resonance and warmth of her voice can be compared to the likes of Sarah Vaughn, which are underpinned by groovy guitar licks, film like orchestration and crisp electronic beats, much like the work of Laura Mvula and Phox. Annie Goodchild’s single ‘Ether’ begins with hypnotic guitar and minimal electronics that build alongside the vocals bringing a sultriness and attitude to the track that grows with every added layer.

On her latest single, Annie explains: ‘Ether’ is a song I wrote for myself, which is a first. A reminder of self-love. It came out during a time where I consciously decided to not let fear dictate my path anymore. It’s not about everything becoming easy all of a sudden, but about a balance between the doubtful and self-conscious parts of me and the part of me that is showing up for myself. I played around with genres and wanted to have electronic elements throughout but not lose the organic feel that grounds the song. This soundscape is a theme throughout my new EP ‘Meditative Mouthfuls’.