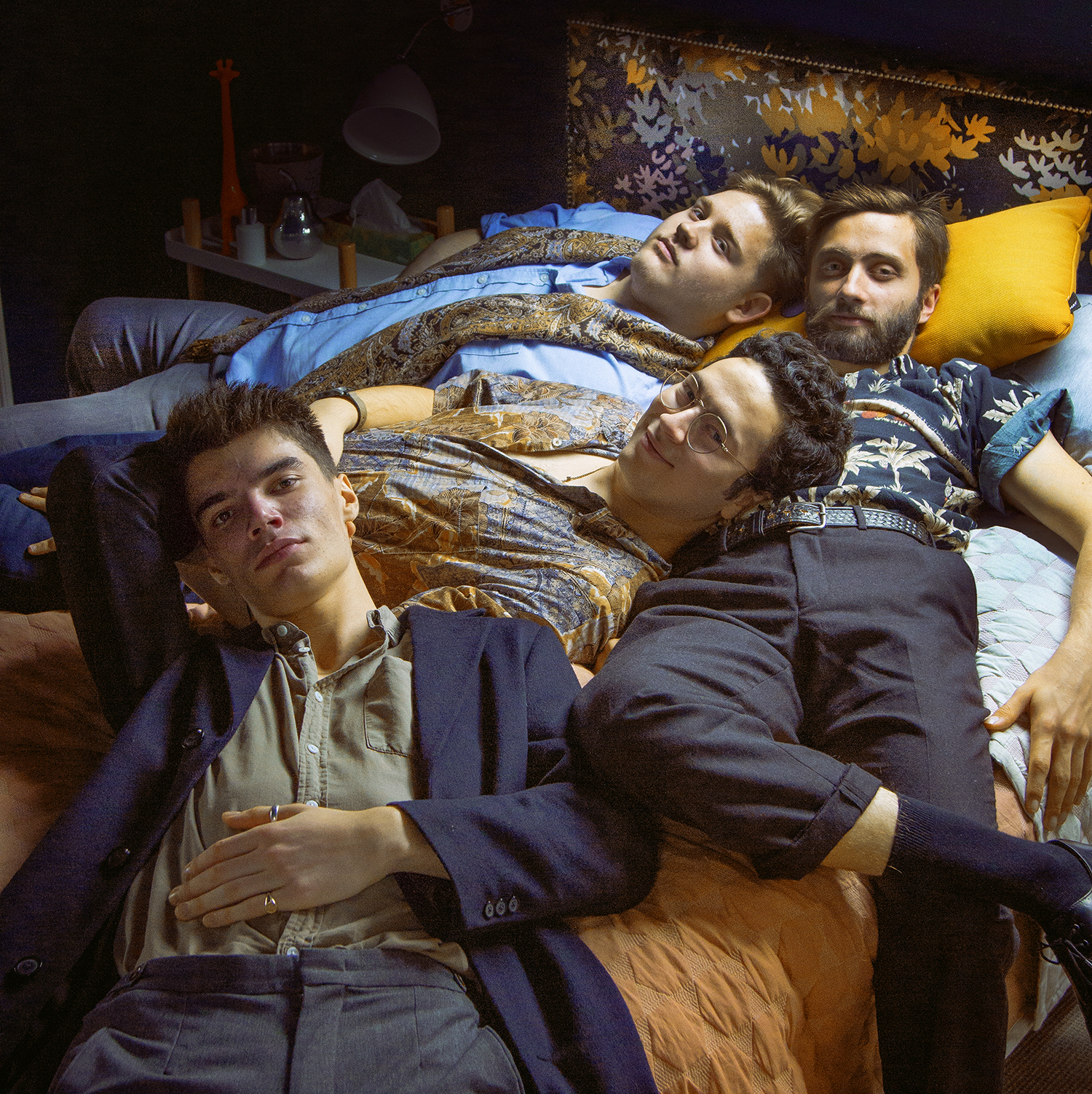 Electro-pop band Kimono Loco has released their debut EP, “Hello, How Are You?”

South London-based quartet Kimono Loco has just released their debut EP, “Hello, How Are You?” (September 14). Produced by none other than acclaimed Irish producer and Westwood Studios engineer, Shane Shanahan (Kygo, Scott Walker, Pharrell Williams, Kanye West, Frank Ocean & more), alongside the band’s own vocalist James Hofbauer, it’s sure to exceed any emitting expectation! Receiving airplay from hosts such as Bishop FM, the band has also received radio play from various smaller stations across the London.

Formerly known as Regions, they performed for the first time in a small west London pub in 2014. Kimono Loco then shed their undecided skin and came into fruition being through the unexpected encounter of long-lost friends James Hofbauer, who handles vocals, Alejo Sonnenberg who plays drums, Chris Godfrey on guitar and Luke Hamlin playing bass-guitar. After some tweaking and adjustments, Kimono Loco was finally a fully fledged force, continuing to develop and hone their undeniable skills as musicians; dabbling in all forms of sound; from indie-rock to new-wave, funk and dance to disco – all merged into constant conversation through their deeply-rooted pop sensibilities. The band has since been performing all over, even supporting indie-pop quartet Corella at 93 Feet East, a famous London nightclub in May 2018.

Influenced by acts such as Fleetwood Mac, Genesis/ Phil Collins and Michael Jackson who are known for incorporating extensive elements from genres of the ‘80s and ‘90s such such Synth-Pop, or New-Wave etc, Kimono Loco’s eclectic and genre-bending sound could best likened to an array of artists such as The 1975, The Neighbourhood, The Temper Trap and Kygo.

Kimono Loco’s new EP, “Hello, How Are You?” is a five-track journey through infectious 80’s-inspired riffs, anthemic vocals and rolling drum beats. From attitude-filled funk-influenced numbers like “Big Boy” and “I Swear”, to retro-sounding introspective tracks like “Lucky Little Liar” and “Swim”, as well as “Fright Night” with it’s rock ‘n’ roll edge, this new EP release is a testament to Kimono Loco’s versatility, as well as the perfect showcase for their unique sound.