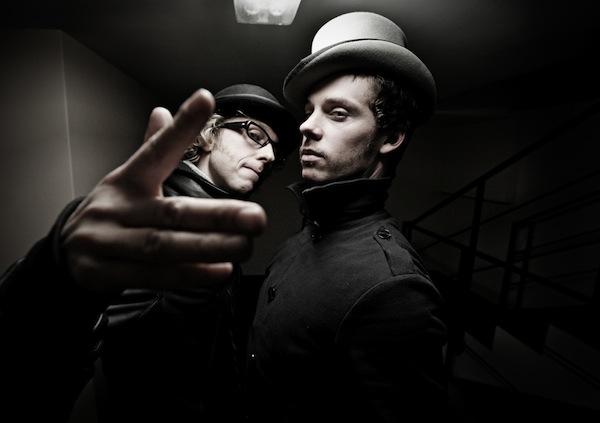 As a warm-up to their fourth artist album, The Young Punx released their new single ‘Wonderland’ via MofoHifi Records, the fourth of their schedule of one release per month for the year 2019. The track is conceptualized and produced by Grammy Nominated UK multi-instrumentalist and record producer Hal Ritson, who has credits on over 1000 records, including for artists like Katy Perry, Cassius, The Prodigy, Kanye West, Nas, Black Eyed Peas, Duke Dumont, Avicii, David Guetta, Chemical Brothers and many more. In 2009, Hal was the Musical Director for Dizzee Rascal’s BBC Electric Proms performance and went on to lead and play in Dizzee’s live band headlining Glastonbury.

Coming to life in 2003 out of the London’s underground mashup, bootleg and breakbeat scenes, The Young Punx is Hal’s personal pet-project, which both celebrates and subverts dance music, breaking the norms of traditional house, disco, breaks and hip-hop through mixing and mashing them with an ecstatically diverse range of musical genres and pop culture references. The Young Punx challenge the listener to reconsider what diverse genres can be combined, what is and isn’t ‘cool’, and the boundaries between the serious and the ironic – all the while creating a feel-good party atmosphere. The goal is to make little to no sense in terms of concept and yet bring an end result that one couldn’t imagine done any differently.

As a DJ duo, The Young Punx have supported Tiësto with a residency at Privilege Ibiza as well as performing as a live band with guitarist Guthrie Govan at major international festivals such as Glastonbury, SummerSonic and a 24,000 strong crowd at Nano Mugan in Japan. The group have also been presenters on TV shows such as So You Think You Can Dance (Fox TV, Japan) and UK Dance Music TV station Flaunt, along with running their own popular podcast The Young Punx FM since 2007.

Hal has expressed that his influences have no boundaries or ties to genre, specific artists or even time. But rather than inspiration for the music is covered by the length and breadth of music history. According to the group, they are with omnidirectional high low electronica. While The Young Punx take the refusal of being pigeonholed to a level that has them releasing a different genre with every track thus far,  The sound on this particular release can most accurately be compared to the psychedelic funk stylings of Daft Punk and Chromeo.

This month’s track ‘Wonderland’ is a radical deconstruction of the 80s classic ‘Club Tropicana’ to the effect that you might not even recognise it. The Wham! classic is spliced, turned upside-down and inside-out and re-imagined in almost unrecognisable form as a pulsing talkbox driven, ItaloDisco anthem.

The single was created entirely on vintage ‘80s synths and modular analogue equipment at former Stock, Aiken and Waterman home, The Old Hit Factory studios (now owned by The Young Punx). The track has been approved by the George Michael estate as well as gained praise from co-writer, Andrew Ridgeley.

Talking about their ‘Wonderland’ single, Hal explained “Though The Young Punx have always loved to combine the widest possible range of sounds and influences, our biggest love has always been the use of 80s pop culture references. Our first ever bootleg in 2003 was the Madonna sampling ‘Dance with someone else’ – which was championed by everyone from BBC Radio 1’s Judge Jules and Annie Nightingale to Mixmag and foreshadowed the 80s-sampling ‘Call On Me’ era dance craze that followed. As we warm up for our 4th album, it’s great to have a chance to turn an 80s classic on its head once again.”