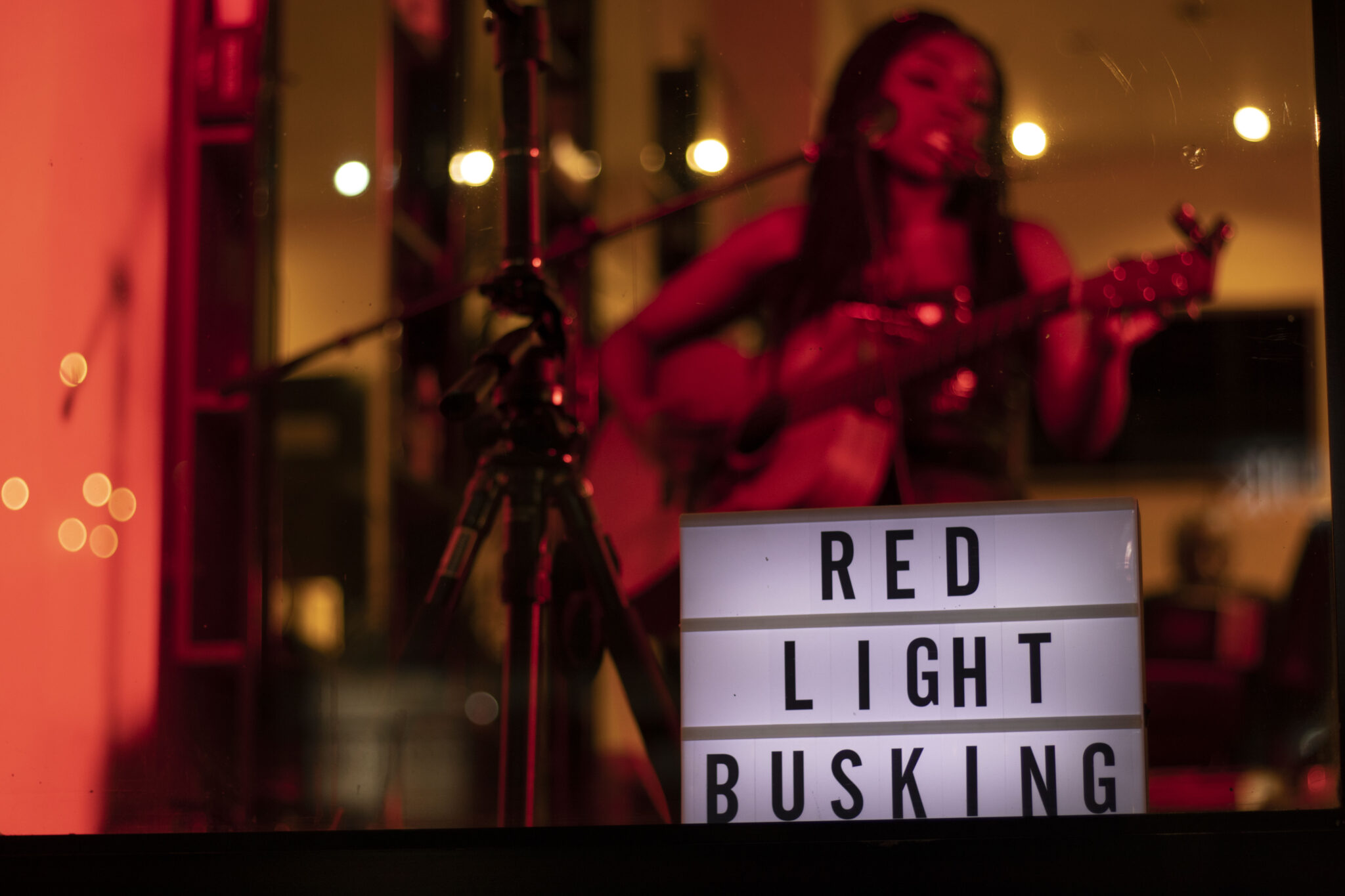 The first time I hit Amsterdam Central with a group of guys as part of my childhood friend’s stag do, I was amazed at how within mere minutes from the train station, a few twists and turns would bring you directly to the plastered smilies of beautiful women with attire similar to our first birthday suit, displayed in windows with a red glow.

I couldn’t get over how mingled in amongst weed cafes and other types of shops were things that in most people’s minds would be considered seedy; but in Amsterdam were considered a tourist attraction with young and old alike, sneaking glimpses of red lipsticked displays.

This always remained with me, as I realised that in a way, it kind of marketed itself. Years later I walked along London’s Oxford Street but for the first time really took notice of just how elegant and creative many of the shop displays were, and just how talented some of the buskers who graced these streets were; I knew there was a connection but I just had to find a way to fit the puzzle pieces together…

Like most people who had been reading the news in recent times, stories of the dying high street were constant, the death knell ringing as stores we had grown to know and love seemed to constantly be closing down. Last year as Waltham Forest won the very first London borough of Culture, I was waiting in my barbers one evening, thinking how I could be a part of my borough of culture’s activities. The puzzle from my observations came together perfectly in an Eureka moment. The idea was simple, why not fill shop windows on high streets with buskers and performers?

I planned, submitted, and out of over 300 applications won and organised the first Red Light Busking event that had locals and visitors buzzing from the sights and sounds of the collection of performances, in many different locations within the borough all held on the same day. Even now, seven months later, the event gets brought up by locals and officials a like who appreciated the infusion of vibes and community into their shopping experience.

Looking at the first event and seeing what could make it really immersive, we moulded and tweaked the model, shining a spotlight on the shop and the performer focusing on it being an intimate, inviting setting, developing the original vision a step further.

The first Red Light Busking touring session with the arresting, soulful vocals of Modupe is that vision coming to fruition, as for this first session we captured raw creativity, the curiosity of a human experience, the vibrations of a location but most importantly, we captured the culture of a place…and yes it all takes place underneath the illumination of a smooth red glow.

Red Light Busking is us breathing life into our high streets, one event at a time.

To find out the date and time of our next touring location that you can attend for free please visit our website www.redlightbusking.com