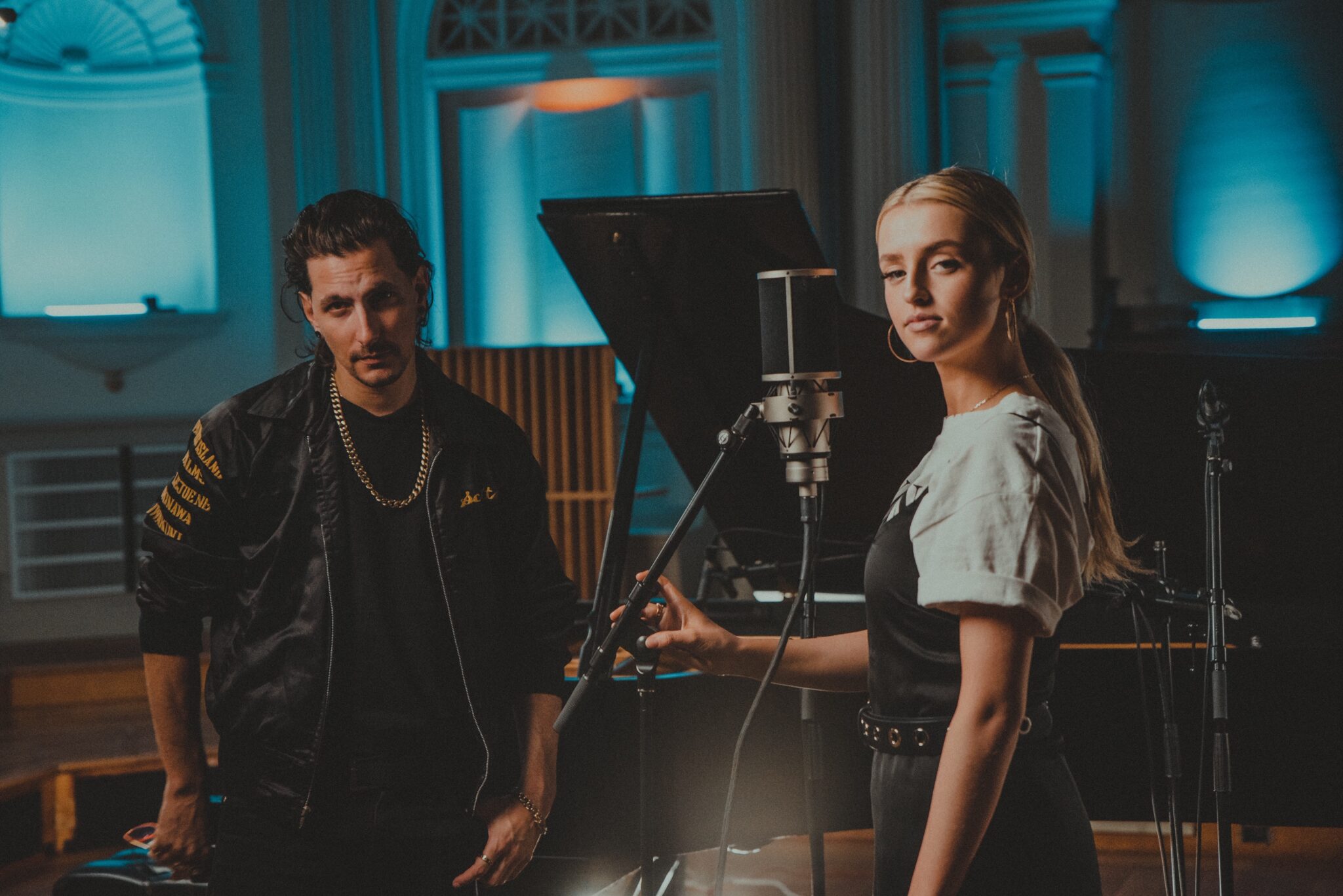 Multi-platinum selling DJ/Producer Shaun Frank has shared his new video, starring the vocals of Alicia Moffet for their single, ‘On Your Mind’ via Physical Presents. The music video premiered via Aesthetic Magazine. The single is currently working its way up the Mediabase Dance Airplay Chart in the US. The music video was directed by Toronto-based Clay Price (Deadmau5, Ilan Bluestone and Delaney Jane).

Speaking of the music video for ‘On Your Mind’, director Clay Price tells us, “The concept for the video was to capture the process of Shaun and Alicia’s collaboration and the excitement of traveling to perform it live for the first time. We had an amazing looking studio to shoot at, in Boston, as they were working on the piano rendition of the song. We were able to convert the studio for Alicia’s colourful performance scene and topped it all off with an epic DJ set from Shaun where the two artists debuted the song to a sold out crowd.”

Shaun Frank is known for having helped The Chainsmokers‘ Andrew Taggart write & compose the Billboard #1 single and Diamond certified hit ‘Closer’ in the back of a tour bus, which has gone on to be listed as Billboards 13th biggest hit of all time, accumulating billions of streams and tens of millions of singles sold globally. His own release, ‘Let You Get Away’, garnered him huge success and received over 15 million streams online (8 million on Spotify alone), and earned him his first Juno Nomination for “Dance Recording of the Year”. The producer has previously released music with other industry mammoths, including the likes of Steve Aoki, Oliver Heldens, DVBBS, KSHMR, Digital Farm Animals and Dragonette. Continuing his list of achievements with official remixes for The Chainsmokers, Duke Dumont, & Louis The Child, Shaun Frank has also performed at several world-renowned festivals including Tomorrowland, and EDC Las Vegas and has shared a stage with the likes of Tiesto, The Chainsmokers and Steve Aoki.

Also featured in ‘On Your Mind’ is Alicia Moffet, a young singer-songwriter from Quebec. The 21-year-old has a knack for translating her authentic and charming persona into song form. After just a few months of releasing music,  the songstress sits at over 10 million plays across streaming platforms for her three singles, with a dedicated fan base of over 750K followers on social media, including more than 200K subscribers on YouTube. With momentum showing no signs of slowing down and her first EP release in the spring, 2020 is looking like it will be Alicia Moffet’s biggest year to date.

While Shaun Frank is currently based in Toronto, he is originally from Vancouver. Finding influences in a wide variety of artists, the musician has the likes of Cassian, Duke Dumont, Dom Dolla, Mark Knight, Chris Lake and Rufus Du Sol on his speakers. His own sound sits in closer comparison to the likes of Calvin Harris, Disciples and Duke Dumont.

Featuring both Shaun Frank and Alicia Moffet themselves and a cameo from DJ Tiësto, the music video for ‘On Your Mind’ provides a unique, behind the scenes look into the creation of the single. The bright, bold lighting in which the video is shot carries strong associations of warm summer nights, and the flirty rhythm in which the vocals are presented create the perfect poolside single. The intimate footage of both musicians performing reinforces a personal element to the song, pairing well with the romantic lyrics.