Three Reasons Why Esports Are Here To Stay

As the COVID-19 pandemic swept across the world, one by one, it took out the world’s traditional sports. Football leagues were postponed around the globe. Golf and tennis tours ground to a halt, as did Formula One and all the world’s major auto racing series.

Amidst all the shutdowns, the world of esports just kept on holding competitions.

“Before the pandemic, esports was extremely niche,” Groes told Gambling Insider. “What was a big surprise to us was the interest it had and that it was completely different than we thought.

“By the end of March, we had as many FIFA games live in a week than we had football games in a week pre-COVID, around 3,000 live events per week.

Now that the regular sports fans have adapted to watching and in some cases, placing wagers through Las Vegas sportsbooks on esports events, Groes figures that the genie is out of the bottle for good. He is certain that this is the tipping point that will forever entrench esports into the mainstream of sporting culture.

“Esports can stand alone as an offering,” Groes explained. “Players have shown willingness to bet on things that are entertaining, easy to understand and fast paced. Esports has all of these qualities but it was just not utilized before.

“It took COVID-19 for sportsbook operators and suppliers to realize this and now we have. What has been learned cannot be unlearned so this will be a steady part of the offering going forward, and we have only seen the start of it.

“I am pretty confident that new players will stay with esports.”

Here’s three reasons why Groes will be proven correct.

It Had Already Arrived

Esports may not be your father’s sporting vice of choice but it’s most certainly are what many sons and daughters and both watching and playing.

The global video game market is forecast to be worth around $159 billion in 2020. To get an idea about how it’s impacting traditional forms of entertainment, that’s around four times as much as box office revenues ($43 billion) worked out to be in 2019. As well, it’s nearly three times the revenues achieved last year by the music industry ($57 billion).

Almost half of that revenue (48%) is being created via mobile gaming – players going online and playing esports, whether it’s for fun against friends, or in play-for-money competitions.

Organized multiplayer video game competitions are expected to gross over $1 billion for the industry this year.

You Can Earn A Living Doing It

Nothing adds legitimacy to a pursuit like the ability to make it pay the bills. Professionalism is what took the sports people watch today, whether it be the UEFA Champions League, the Super Bowl, or the NBA Finals, to the billion-dollar levels they’ve achieved.

The world’s leading esports teams are just as big a business, and one that is growing by leaps and bounds.

Major corporations are sponsoring these teams, recognizing that by association they are connecting with the next generation of consumers in the markets where they play.

Evidence of the demand for iGaming and the increased popularity and awareness of esports shows this to be a worldwide phenomenon.

For instance, in 2019 in Africa, NickX, an esports platform launched by Viacom, is providing children with a tournament platform, using Nickelodeon gaming content. IKON, a USA-based gaming company, launched a new platform that allows players to challenge fans and friends in games such as League of Legends and PUBG. Mobile Premier League (MPL), an India-based company, launched its mobile esports platform in Indonesia. 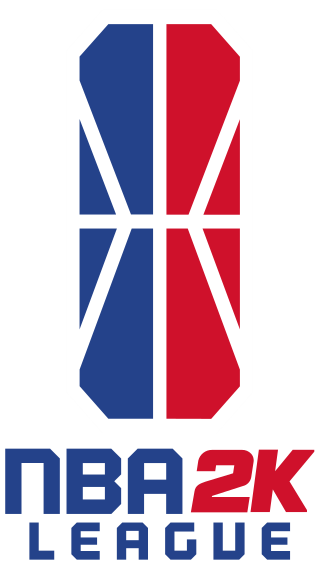 There are 23 teams participating in league play. Teams consist of five players, each taking on their own persona on the court as opposed to operating a virtual version of an actual player on the team. The NBA held tryout camps to determine the best players to participate in the league. A league-wide draft was conducted afterward to allocate players to teams. Players live in the city that they represent during the season.

With their sports in drydock, leagues like the NFL, NBA and NASCAR turned to esports to maintain fanbase engagement, staging competitions where the actual athletes competed as their virtual selves.

During the lockout that shut down the entire 2004-05 NHL season, TV networks turned to poker to fill the void in programming. In this unique pausing of real sports, esports is filling that void. And like televised poker, it’s here to stay.