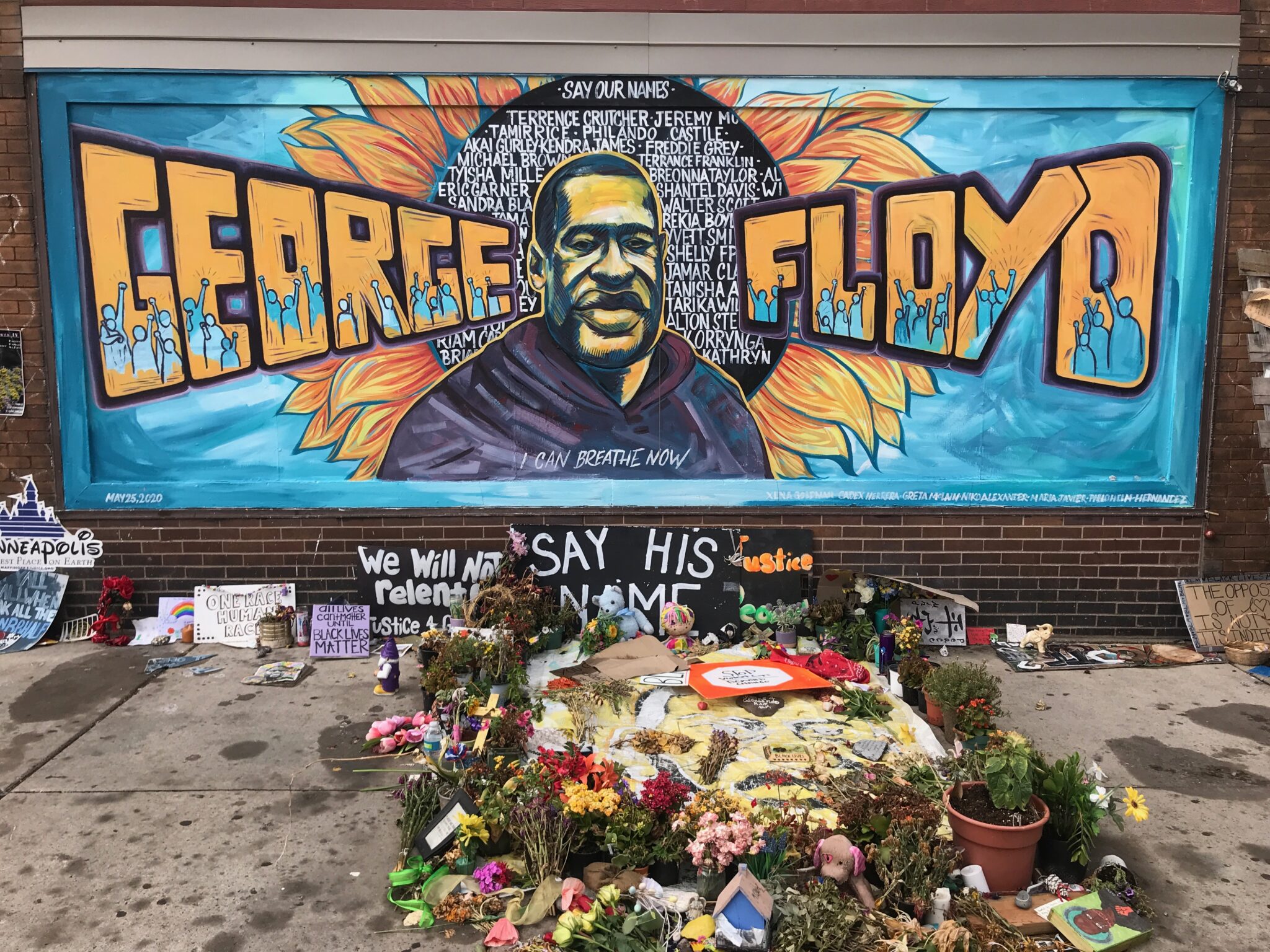 How the death of George Floyd changed Minneapolis

Emily Pofahl has lived and worked in Minneapolis, Minnesota for the past three years.

At 38th St. and Chicago Ave. there are names. A long list of names on the asphalt, with George Floyd’s at the top. On Tuesday afternoon a young woman knelt on the pavement; she was painting the identities of fathers, mothers, and children – adding their names to the list. 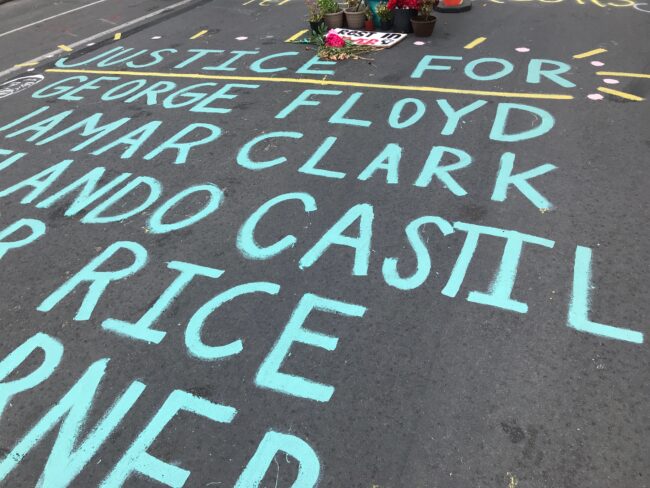 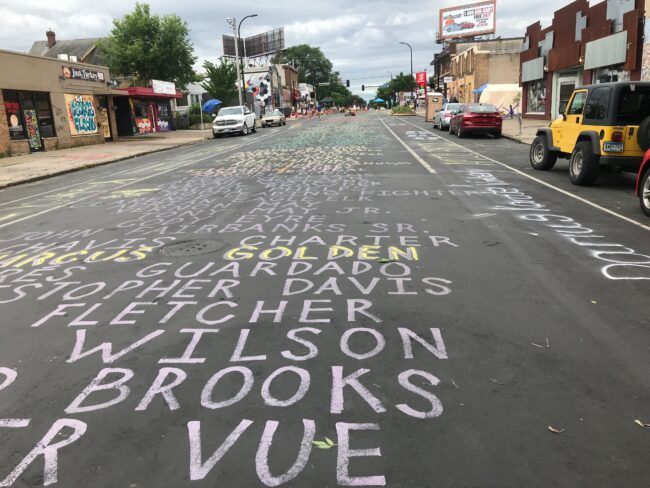 This multicolored list of police brutality victims is just one of the many facets of the George Floyd memorial in South Minneapolis. Flowers, stuffed animals, signs, and murals crowd the quiet streets, as if they’re trying to fill the very obvious hole in the community left by Floyd.

The memorial, situated around the store where Floyd was murdered, could become a permanent part of Minneapolis. This could bring a new sense of permanence to the city as it undergoes some of the largest changes in its history. 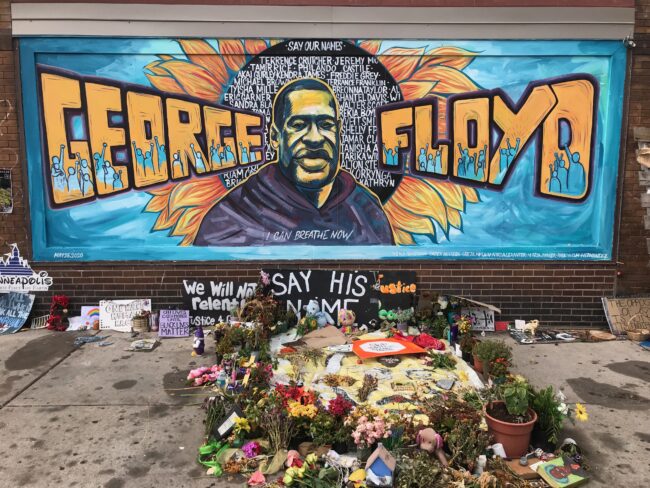 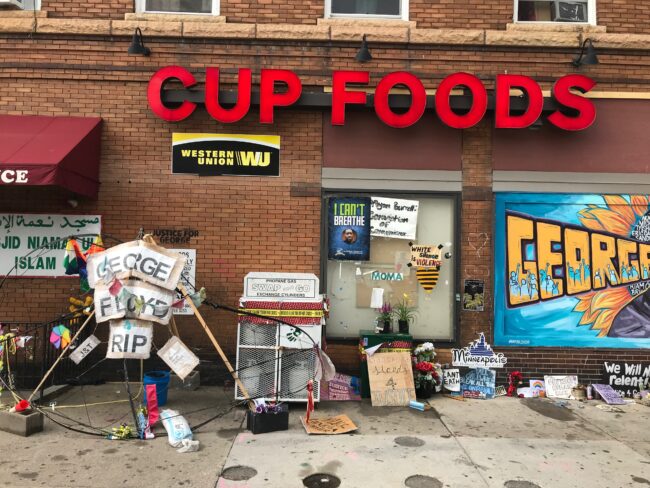 It’s been almost two months since Floyd was killed by Minneapolis police officers, and the city’s cry for change is being met with some difficulties in legislation. Most recognise the apparent need for change in law enforcement, but few agree upon how we should move forward.

While trying to deal with the logistics of reforming – or even dismantling – the police department, the city has also seen a spike in shootings since Floyd’s death. The surge of violence has left over 100 people injured from shootings just in these past few months, according to the Star Tribune. 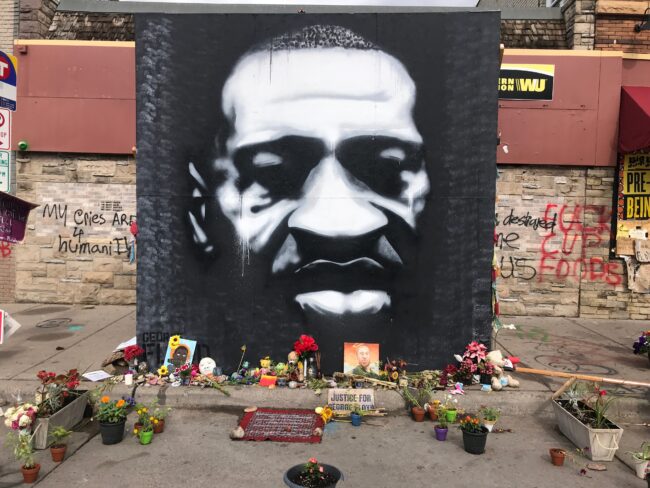 There’s no conclusive evidence that the decreased police presence caused the violent surge across the city, however. Sasha Cotton, director of Minneapolis’s Office of Violence Prevention, told the Star Tribune that some of the violence could be retaliatory – a lot of people have lost their jobs since the economic downturn caused by COVID-19. Cotton also said the increased violence could be because people are being released from prison and jail more frequently due to the pandemic and the civil unrest.

Not only that, the city is trying to figure out how to pay for everything. Between the riot damage and the current health crisis, residents are struggling to see how full-scale law enforcement reform is fiscally possible right now. It is evident that, if we are to defund the police, we need to funnel more money into other violence prevention programs. However at the moment, the city is short about $165 million due to the coronavirus, according to the Star Tribune.

Nevertheless, nine out of 13 city council members have promised to alter or dismantle the MPD. In a recent meeting on 15, July, council members proposed an amendment to the city’s constitution to be added to November ballots. The amendment would remove the police department from the constitution altogether, and replace it with the Community Safety & Violence Prevention Department. 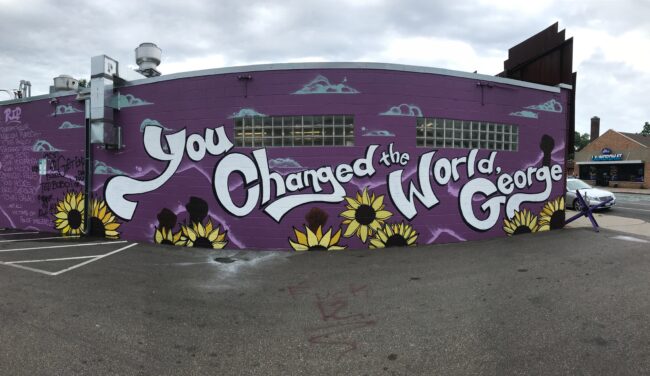 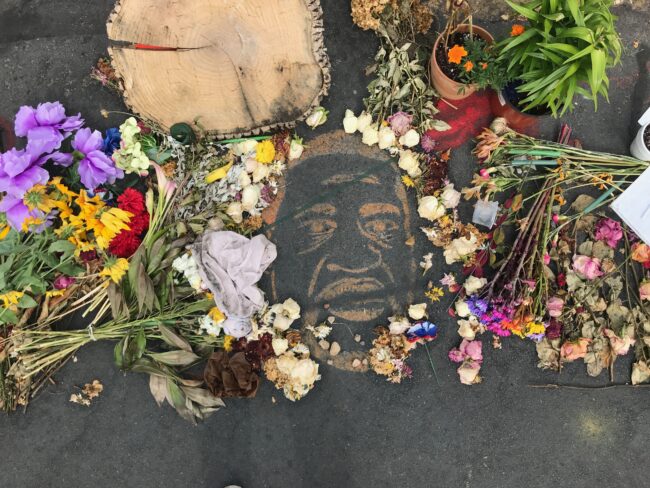 Mayor Jacob Frey announced new de-escalation and use of force policies for the MPD earlier this week. In addition to the ban on chokeholds and neck restraints negotiated in early June, the MPD will now have to document and explain to a supervisor every mitigation technique used, every use of force, and any medical treatment required.

Everything feels turbulent in Minneapolis. Residents argued for reformation of the MPD long before Floyd’s death, but this time is different. This time, almost every block in the city has a Black Lives Matter sign. People across the globe donated millions of dollars to Minneapolis communities affected by rioting. The city government is rushing to amend its constitution in time for November elections.

Amidst all the turbulence, however, there is peace. 38th St. and Chicago Ave. feels like a pocket of the city that’s focused solely on healing. Standing on the sidewalk where Floyd stood felt intense, and almost wrong. But as I stood there in silence, I heard two neighbours run into each other down the street. The two men greeted each other with a firm handshake and a hug, and I realized then how peaceful the memorial was. How the community came together to make it peaceful. 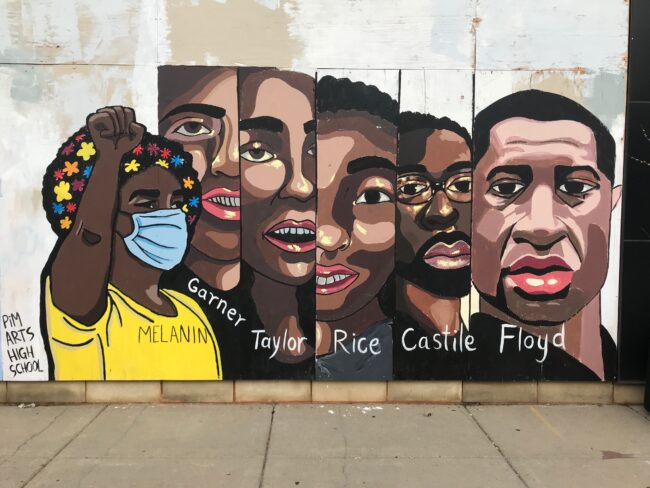 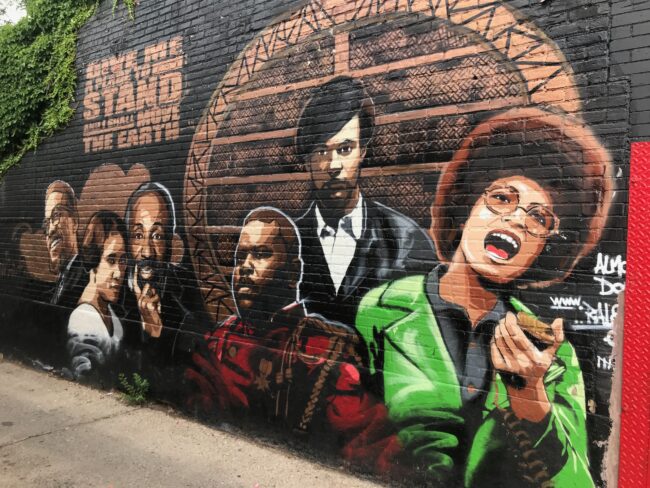 All photos by Emily Pofahl.