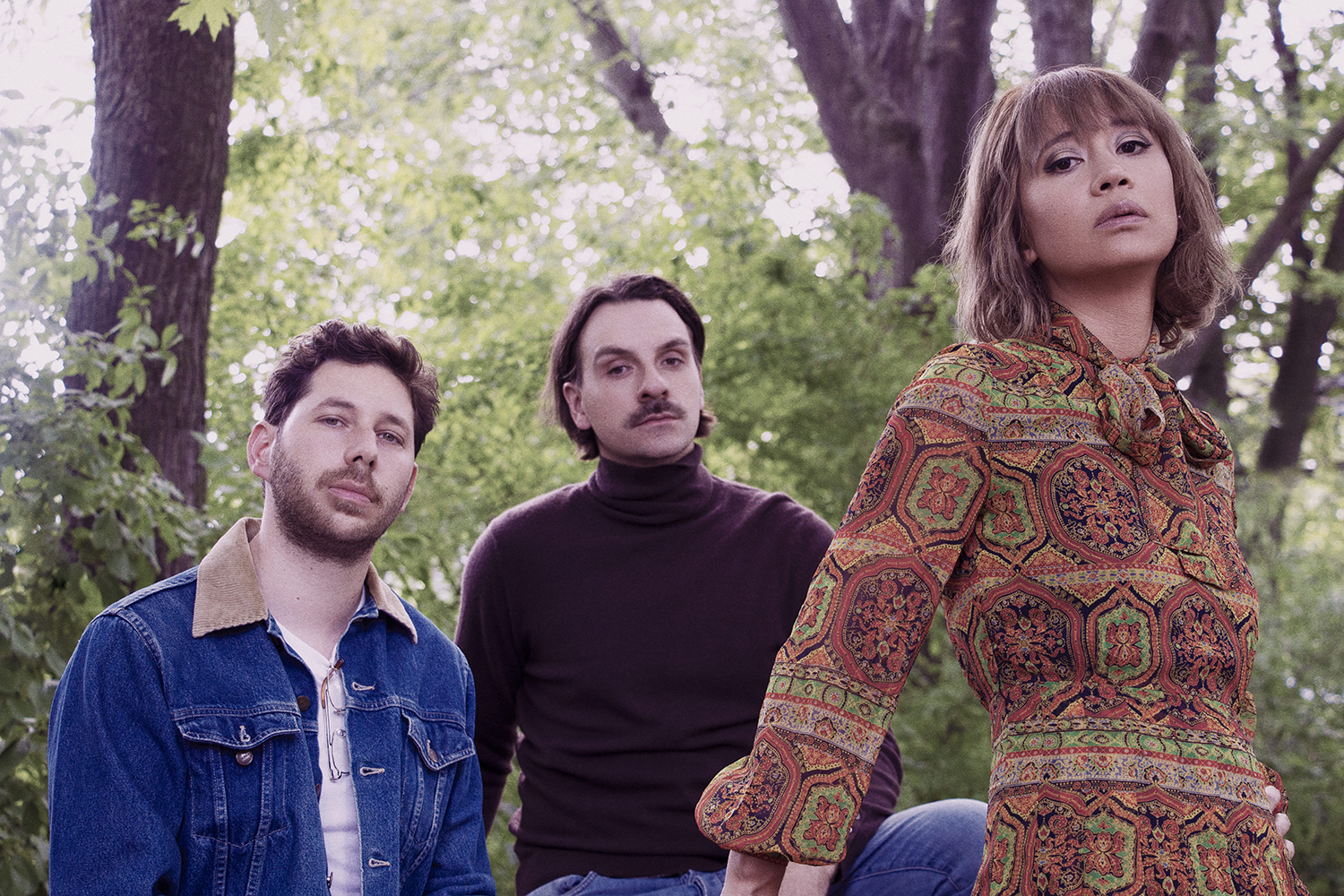 Disco synth-pop band Le Couleur have released their latest single, ‘Désert’ on the 22nd of July via Lisbon Lux Records. The single is taken from their upcoming album, Concorde which will be released on the 11th of September. Le Couleur has been nominated multiple times and won the GAMIQ prize for the ‘Best Electronic EP of the Year’ while their latest album (P.O.P) was selected among 40 Canadian albums on the Polaris Music Long List. The band has toured internationally multiple times, having performed at SXSW, FEQ, Osheaga and Liverpool Sound City.

Currently based in Montreal, Canada, Le Couleur is led by Vietnamese-Canadian singer Laurence Giroux-Do and consists of Laurence, Patrick Gosselin (Bass, keyboard and guitar) and Steeven Chouinard (Drums and sequence programming). The group are all educated musicians, each taking their time to pass on their skills to students looking to learn the art. Le Couleur has a fondness for the UK, stating that they will never forget the festivals they’ve played there while also attributing some of their favourite bands to the area.

When finding inspiration for their sound that crosses the borders of synth-pop, nu-disco and French pop, Le Couleur turns to the likes of The Beatles, Bowie, Steroalab, Queen, Led Zeppelin and LCD Soundsystem. Their own remarkable sound draws closer parallels to the likes of Róisín Murphy, ABBA and Sébastien Tellier.

Opening with a distinctly old school 70’s sound, ‘Désert’ employs a playful use of both nostalgia and dark psychedelia. Contrasting aspects of the light, feminine synth-washed vocals meeting the deep, masculine crooning overlays bring light and dark elements into play. The listener is immediately reminded of long sequined dresses and striped bell-bottoms, set off against the sensual French tone that is tightly held in place.

Le Couleur gives further insight into the single, “In the vastness of life, this song is a musical painting of a desert where one always crosses paths with mirages that represent a death that haunts you and attracts you with gorgeous assets.”

Pre-order the album on Bandcamp  https://lecouleurmusic.bandcamp.com/album/d-sert