A rare Banksy Thrower, 2019 has appeared in auction for the first time on Tate Ward, the East London Banksy specialists, in partnership with Artsy.net. The print is set to realise up to £165,00, and already has one bid ahead of the live auction on the 14th October. The work in question was bought by a lucky lottery winner. This comes just one month after an astonishing record-breaking sale of Banksy’s Banksquiat print at Tate Ward, which had an estimated value of GBP £55,000, and sold for £118,750 including buyer’s premium. The print was from a signed edition of 300, released at the Gross Domestic Product exhibition in October 2019. It was Banksy’s first regular print release since 2010.

Thrower is undeniably one of Banksy’s most famous pieces, with much history – from Banksy’s public 2005 display of Thrower in Bethlehem, to the recent IP fight of this image. It’s interesting to note that two of Banky’s works featuring the iconography of peace and love (Thrower and Girl with Balloon) are especially popular and valuable in this climate. 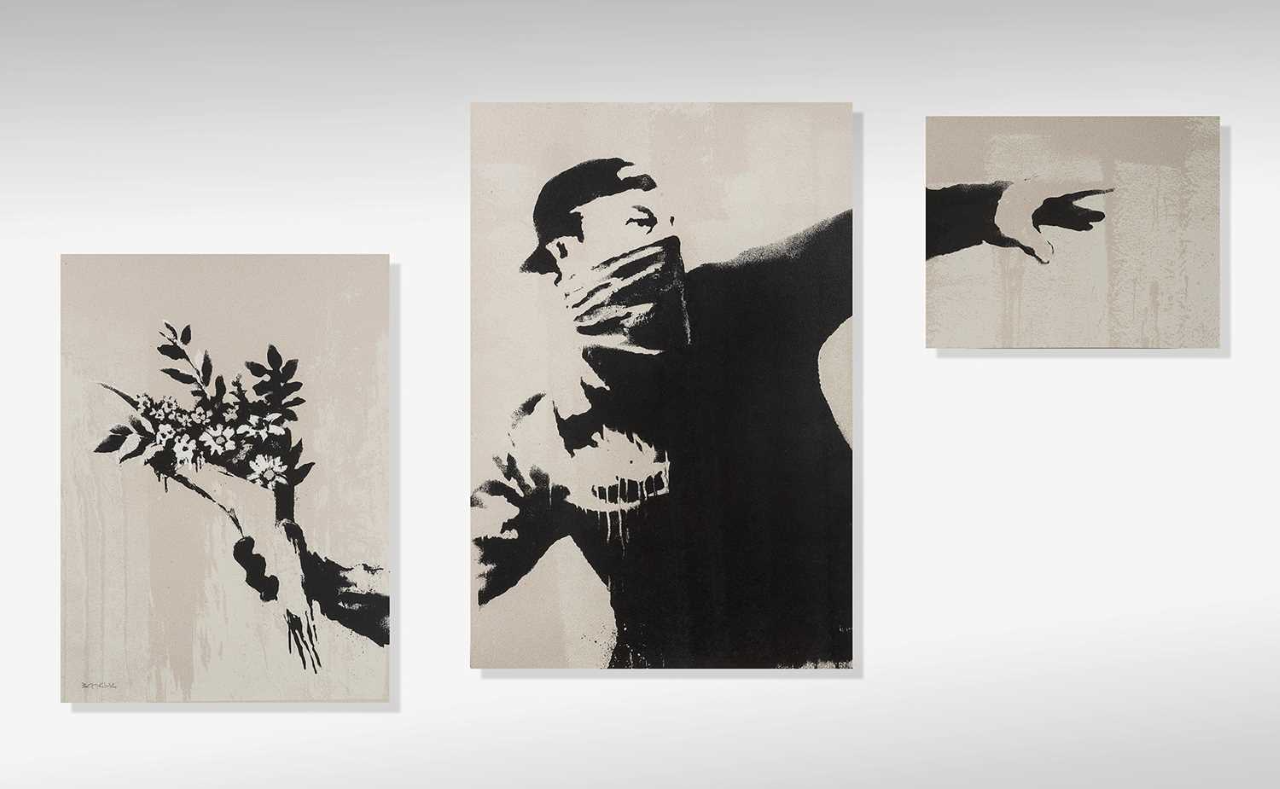