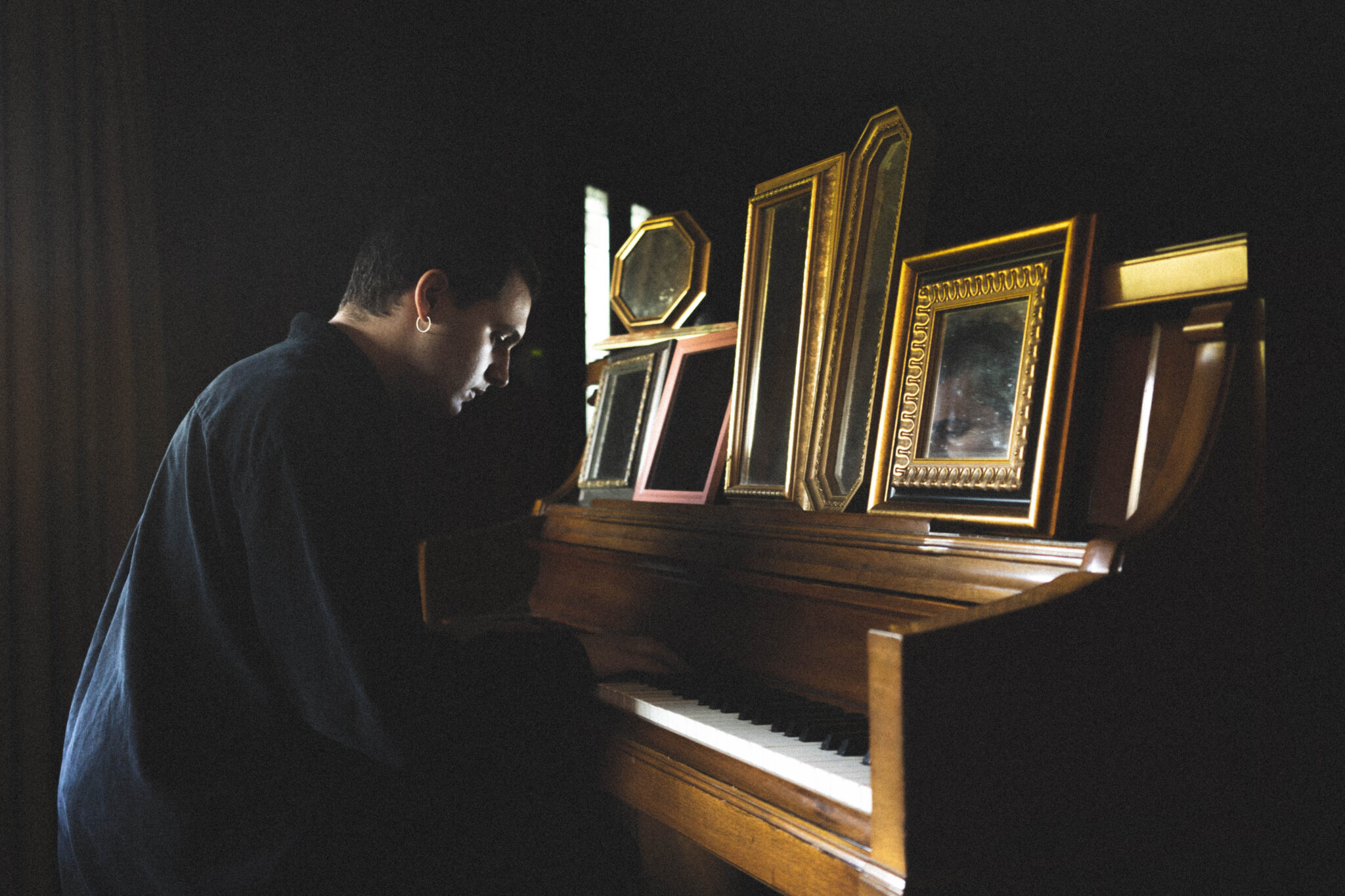 Richard Orofino channels his inner Larry David on ‘Ignore Me’

Following on from the acclaimed release of “Fall Apart”, Brooklyn-based singer Richard Orofino returns with his new single, “Ignore Me”.

Like its predecessor, “Ignore Me” is an invigorating & ambitious slice of indie-pop. The track’s beat is led by the marauding synth arpeggiator line, combining this with stuttering drums and various shimmering, off-kilter effects. Richard once again layers and reverberates his vocals, further complimenting to the dreamy, lo-fi aesthetic of the song.

“Do you ever put yourself in awkward situations by saying too much? Me too, all the time”, states Richard. “Sometimes I tend to talk too much and ruin conversations or make newly met strangers super uncomfortable. Me and my pal Jasper Leak [who helped write ‘Ignore Me’] were talking about Larry David and Phoebe Waller-Bridge, what their outlook on life is and how we relate! Just the thought of me having an extra glass of wine then rambling nonsense to people made us laugh a bunch. It’s something a lot of people do, whether they realise it or not, and it’s one of those small things in life that really stuck out to me”.

Richard Orofino began writing and producing music in 2013, starting on piano, moving to drums and later guitar, all while honing his production skills crafting hundreds of bedroom pop gems from the attic of his parent’s house in Northport, NY. He quickly established an avid following, with past singles such as “i heard you were looking like the moon” and “Redeye” both reaching over a million plays and receiving widespread playlist support. The singer is also known for his prolific output, with multiple acclaimed projects already under his belt.

His anticipated forthcoming EP (featuring “Ignore Me” and previously released “Fall Apart” and “Rather Die”) is due to be released next month.

Check out the track below and follow Richard here.