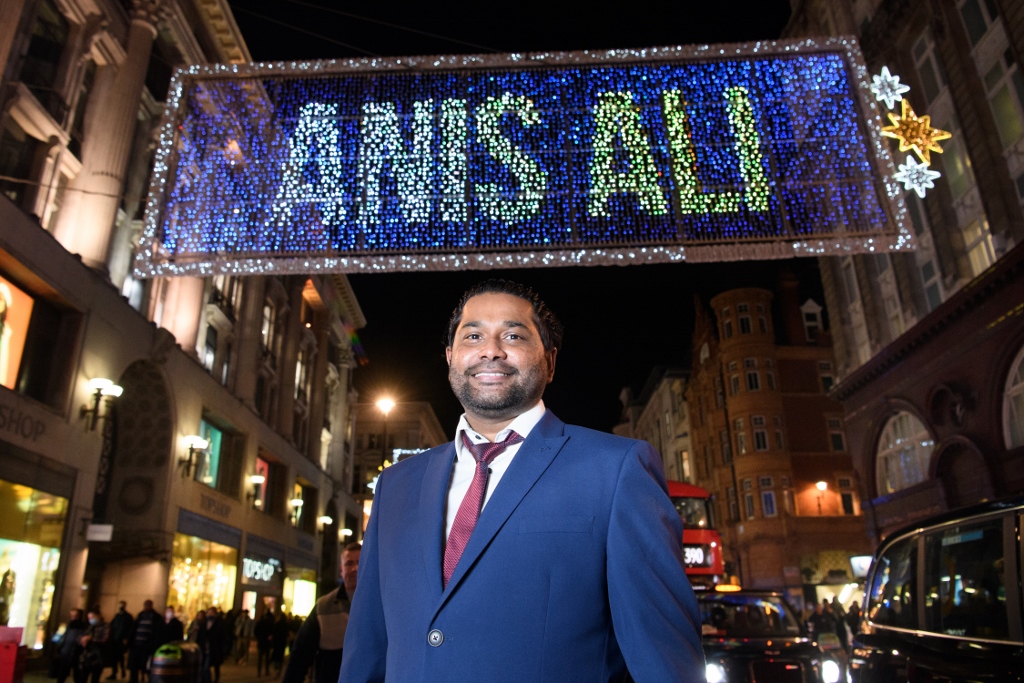 EDITORIAL USE ONLY NHS Volunteer Responder, Anis Ali looks on as his name appears in lights above Oxford Street, London, as the christmas lights are switched on. The lights mark the beginning of the Christmas season in London’s West End and this year cel

Oxford Street Lights Up For The Nation’s NHS Heroes

Last night, the West End lit up the capital with the switch on of the Oxford Street and Bond Street Christmas lights. This year, the Oxford Street lights celebrate the nation’s heroes, and for this week nodding to one hero in particular, NHS Volunteer Responder, Anis Ali, as his name lit up the world famous street.

After a tough year, Oxford Street wanted to thank the 2020 heroes who have donated their time and effort to complete strangers during the pandemic by having one of the NHS Volunteer Responders’ names in lights to kick off the festive season, nominated by Royal Voluntary Service (RVS), with the following heroes being nominated by the UK public over the next 7 weeks. RVS is the charity delivering the NHS Volunteer Responder programme and recognised Anis Ali, 36 from Morden, for being one of the first to sign up to volunteer. Anis donated the most hours out of any of the volunteers in London during the pandemic, completing an incredible 733 tasks since March whilst also continuing his day job driving the Great Western Railway train to Heathrow. 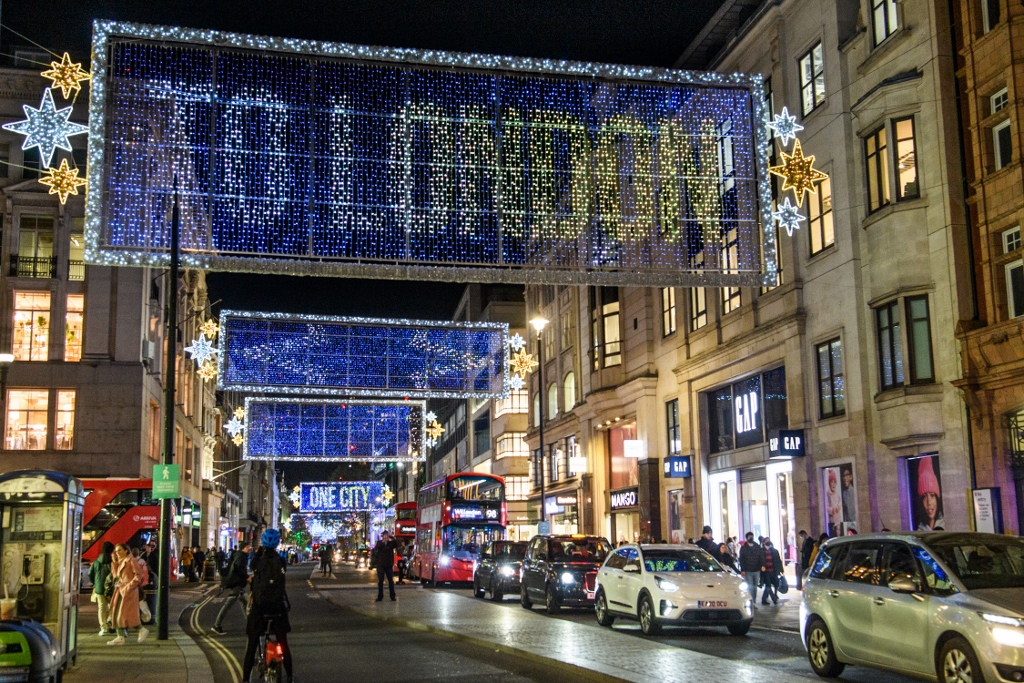 As part of the poem ‘To London With Love’, created in partnership with Selfridges, the UK public are able to vote for their hero’s name to appear in the iconic lighting display for seven full days over the next 7 weeks by visiting the Oxford Street website. In addition, the heroes who appear will win a £500 shopping spree on the capital’s high street.

Anis Ali, says: “We take so many things for granted. Some people don’t have anyone at all they can talk to and it’s such a difficult time for people. I was desperate to do something to help the community and especially the NHS considering the pressure it has been under during this pandemic. Having the chance to get to know people in my community and support the NHS at this difficult time has been the best opportunity I’ve ever had and I will continue to do support for as long as I am needed. I would love to encourage other people to volunteer as I have as this will not only provide one to one support to people in need but also will reduce the pressure on the health service.” 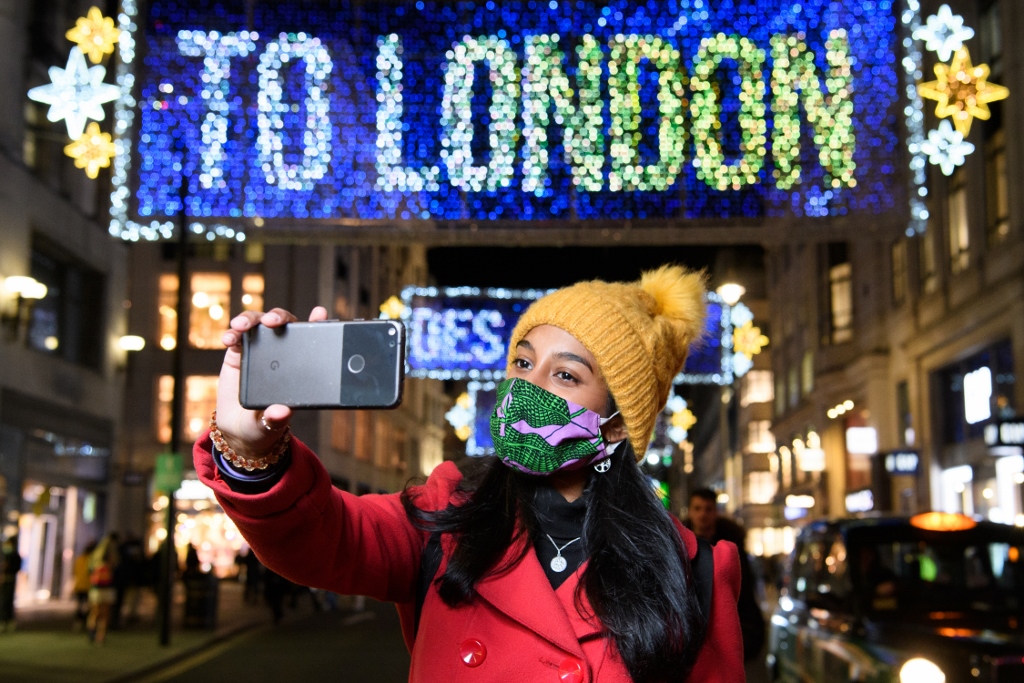