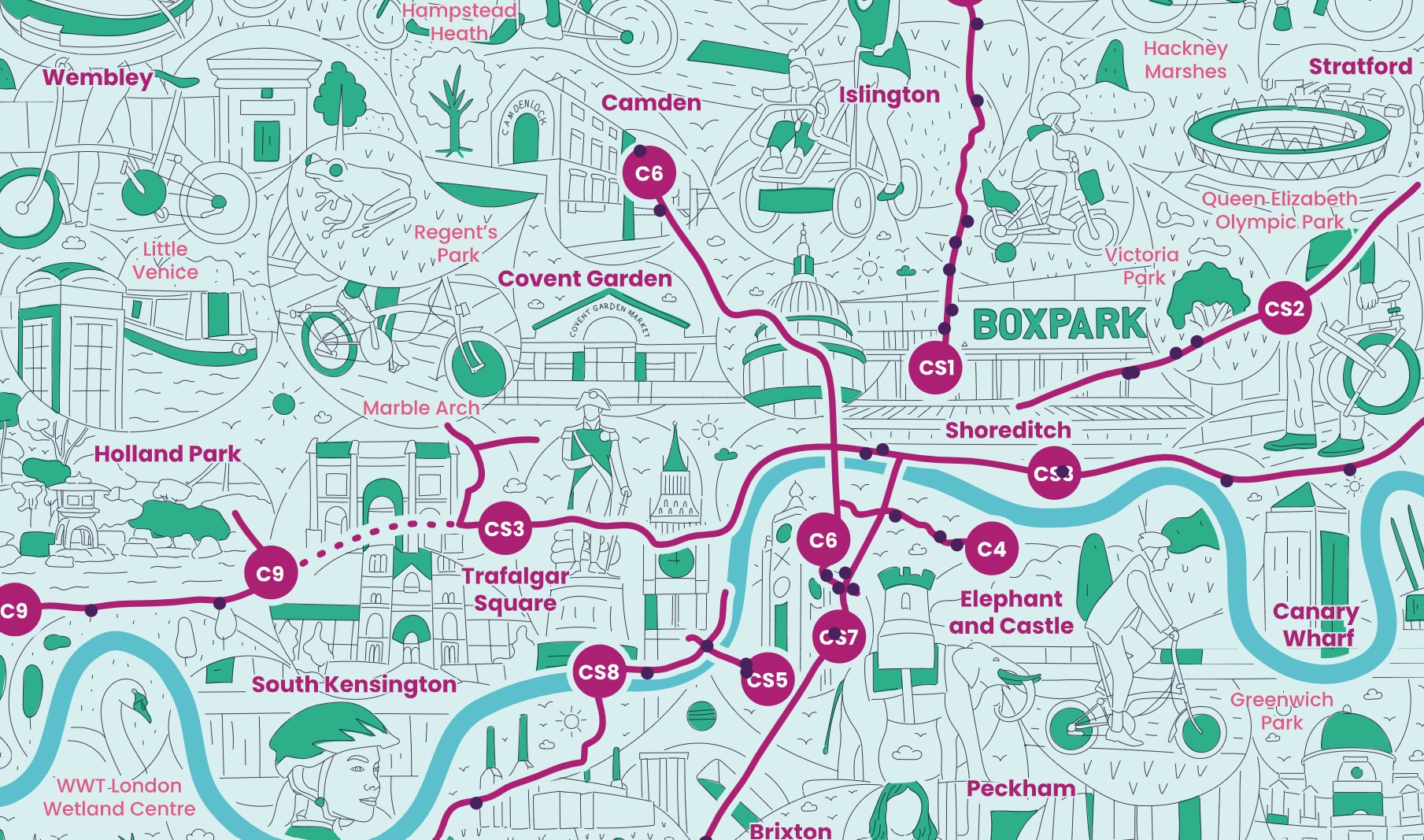 Discover What’s Hot on the Street

The shortlist of names has been announced following a competition launched by climate charity Possible and iconic folding bike makers Brompton to name London’s major cycleways in a bid to encourage Londoners to feel more connected to cycling in their city. The public now have the chance to vote for their preferred names over the next week online. This comes following a boom in cycling in the capital as more people are choosing to travel by bike during the coronavirus pandemic.

Shortlisted names range from unsung cycling heroes to local landmarks and more personal stories. For example, one of the shortlisted names for CS2 which passes the Olympic stadium is ‘Beryl Burton Way’. Beryl Burton is a British cycling legend who missed out on competing at the Olympics because women’s cycling wasn’t admitted until 1984. For the cycleway running through Clapham South, one of the final three names is ‘Windrush Way’, inspired by the Windrush Generation of Caribbean immigrants who originally settled in this area and who now constitute an important part of London’s and Britain’s cultural identity. ‘The Elephant’s Trunk’ has been shortlisted for the C6 cycle route which runs through Elephant and Castle – and when drawn out resembles an elephant’s trunk. Inspired by the fact that many cherry trees in London run along cycleway C9, one of the shortlisted names for this route is ‘Cherry Tree Line’ – a nod to cycling’s role in reducing pollution, slowing climate change and supporting nature.

This initiative is part of Possible’s wider project which aims to reduce transport emissions through shifting away from private cars in major cities – accelerating action on climate change and the move to a zero-carbon Britain built by and for everyone. Brompton have partnered with Possible on this project, reaffirming their commitment to tackling the climate crisis.

A team of five judges decided on a shortlist of three names for each cycleway after receiving over 1000 submissions from the public. The judges included Chief Executive of the London Cycling Campaign Ashok Sinha, author Jools Walker, Director of the Active Travel Academy Rachel Aldred, CEO of Brompton Bicycle Will Butler-Adams, and Head of Car Free Cities at Possible Hirra Khan Adeogun.

The voting closes on Tuesday 24th November at 23:59 and winners will be announced in December. The name with the highest number of votes will win a brand new 2021 Brompton bike.

The full list of shortlisted names facing the public vote can be found here: https://bit.ly/3nrKKeg