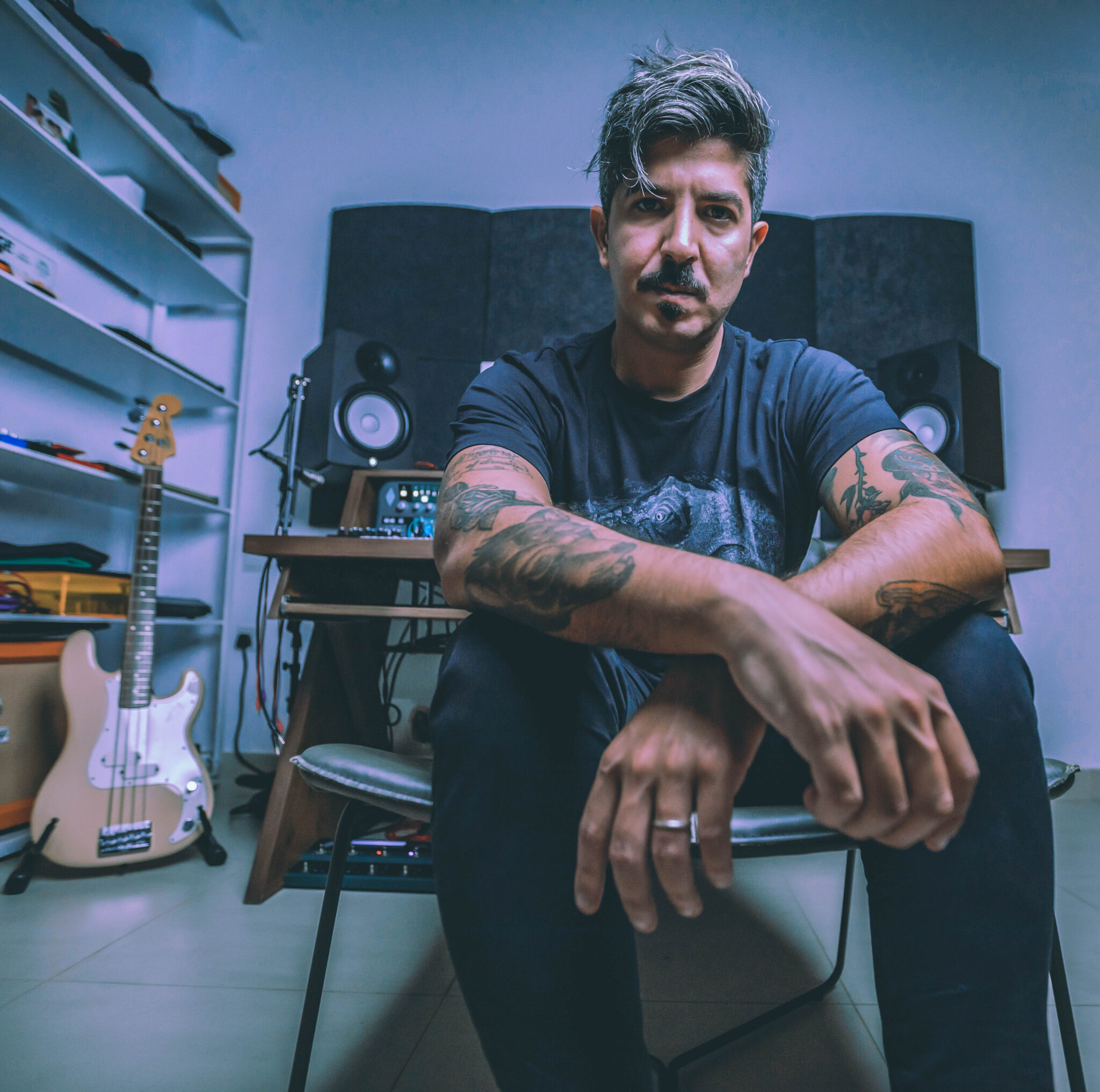 Lebanese producer Jay Wud has released his new album, Dark Cinema via his own independent label.

Over the years, Jay Wud has been influenced by the diverse sounds of Flying Lotus, Flume, Bjork and Nine Inch Nails. As he has matured, his own style has changed significantly over the years with Dark Cinema calling the likes of Arca, Oneohtrix Point Never, Forest Swords, and Mono/Poly to mind.

Currently residing in Dubai, Jay Wud started playing the guitar at the young age of 13, at which point he quickly found a love for the gritty and raw side of music before he would discover a more recent interest in the experimental. While he has shared stage with legends such as Guns’n’Roses, Motley Crue, Skunk Anansie and The Scorpions, Jay Wud has also toured the UK and Ireland with Sons of Apollo. The diverse producer crowdfunded his third record, Transitions and worked with award-winning producer Howard Benson (Creed, My Chemical Romance and P.O.D) to infuse his unique flavour and experiment with new styles.

Taking a raw and unconventional approach to electronic music Jay Wud manages to bring all of the year’s erraticism and combines it into a smorgasbord of sounds that take you on a journey, accompanied by a rebellious spirit to guide the way. ‘I Can’t Breathe’ is the sonic embodiment of anxiety, with the heavy breathing and scattered electronic stylings that highlight the industrial IDM production style. Overall, Dark Cinema can be seen as a musical time capsule that will highlight the strangeness of 2020 while including a bit of humour and light embellishments to show that not all hope is lost.

Speaking of the album, Jay Wud says: “Dark Cinema is an emotionally driven record inspired by our current world events in 2020. Every track narrates a period during lockdown and was my way of summarizing this chaos in sound.”