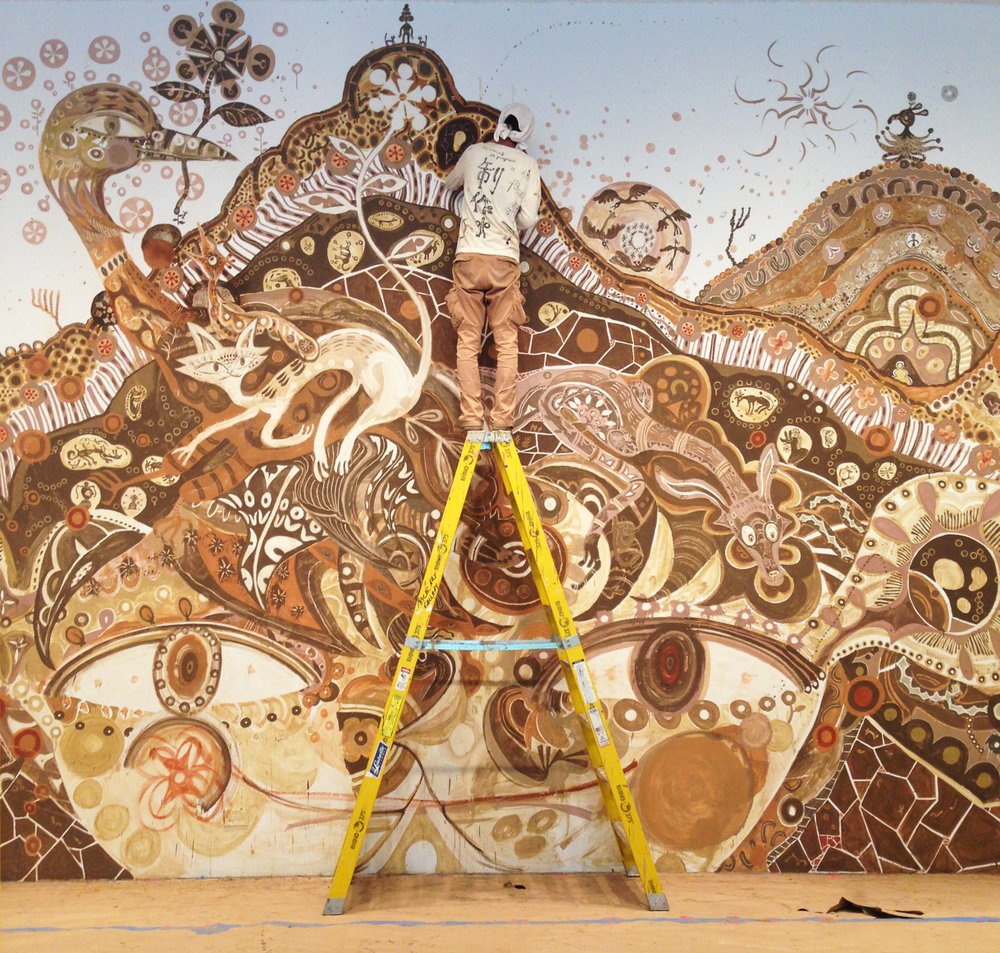 City dwellers are often immune to the sprawling murals they pass each day, coming and going on the daily routine. Perhaps that’s why Japanese artist Yusuke Asai shows his talents to only site-specific projects. Though his work is no stranger to the inside walls of galleries around the world, Asai has created many murals in classrooms for schoolchildren in underdeveloped areas. So he can create a mural, you might think- so what? Unlike traditional artist mediums, Asai uniquely creates and defines pigments out of the earth’s elements. He is known for his use of mud and dirt, but he will often incorporate elements like soil, ash, and even straw to properly construct the whimsical murals areas of the world like India, Tibet, Japan, and even Texas has seen. “Dirt is by nature very different than materials sold in art stores. Seeds grow in it and it is home to many insects and micro organisms. It is a ‘living’ medium.” And one look at Asai’s murals will show why the artist prefers to use a “living medium,” as the winding illustrations canvasing the walls often look like they will come to life at any second. While the ephemeral nature of his murals is ever-present, Asai accepts this as a part of the natural world where everything is temporary. Here’s a look at some of his past work, (top) “Yamatane” at the Rice Gallery in Texas, “Earth Painting: Stories of YAOYOROZU” in an East Indian classroom, and “Sprouting life in the forest- Fatherly Tree, Motherly Mountain” in an Indian Classroom (bottom) 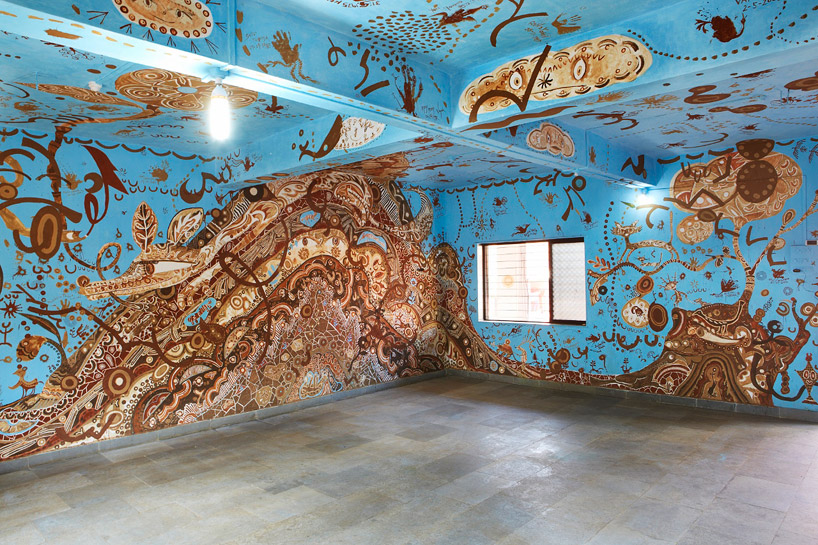 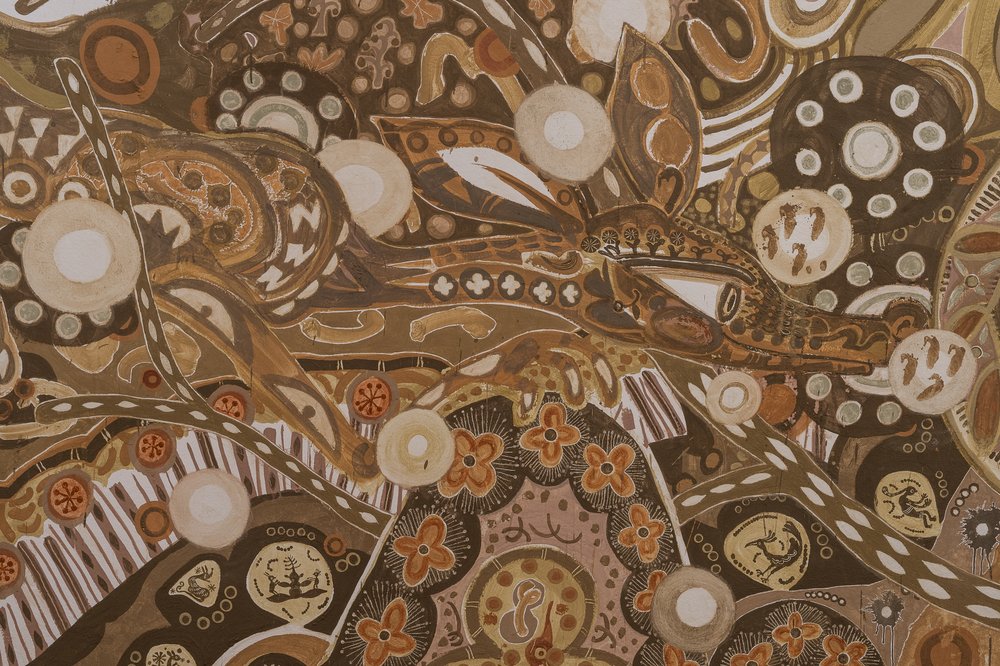 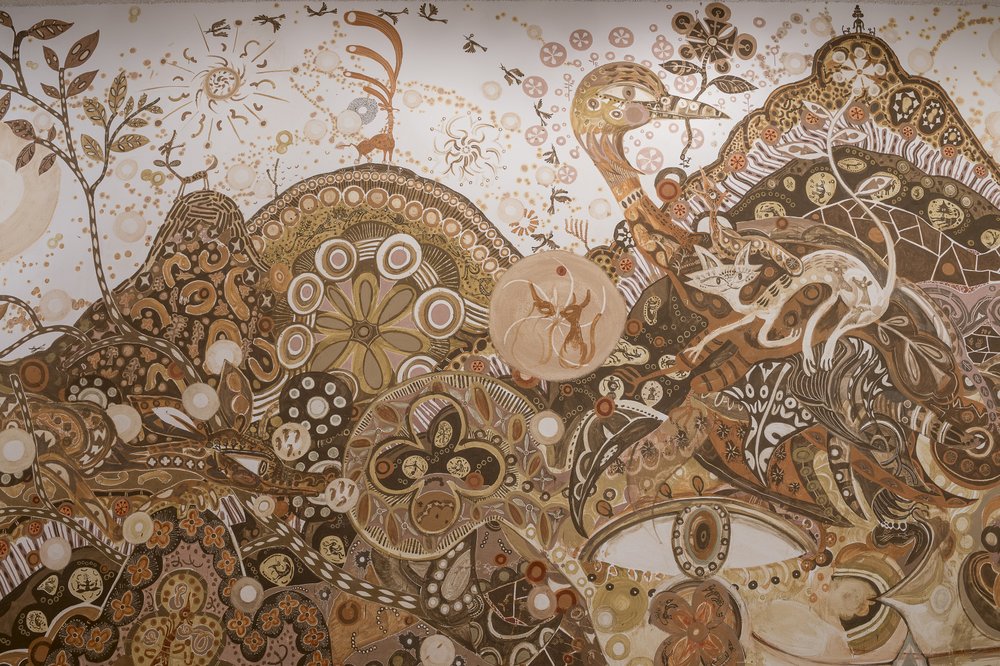 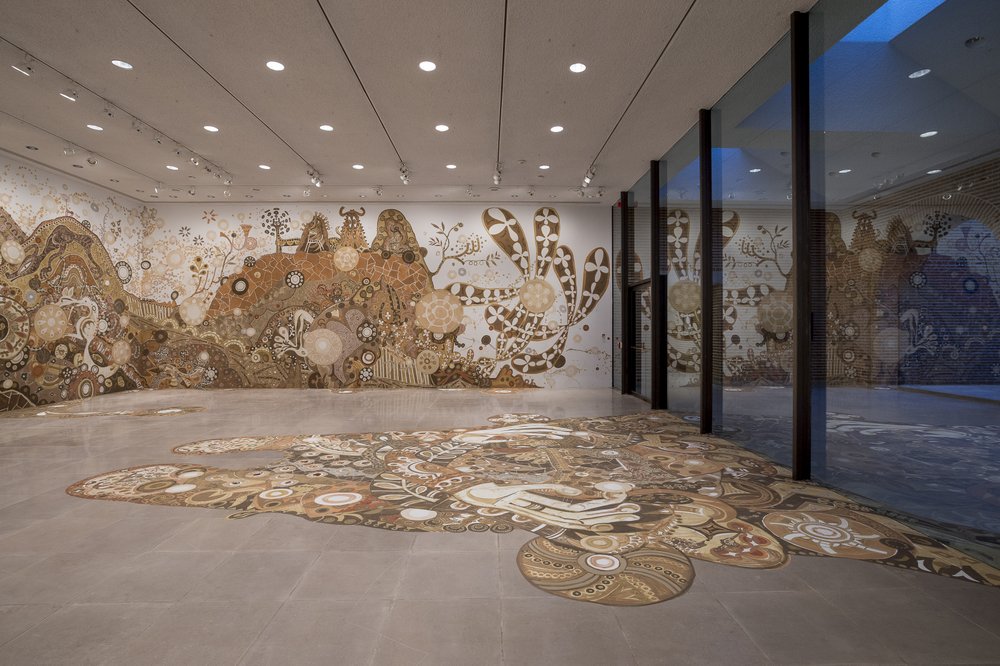 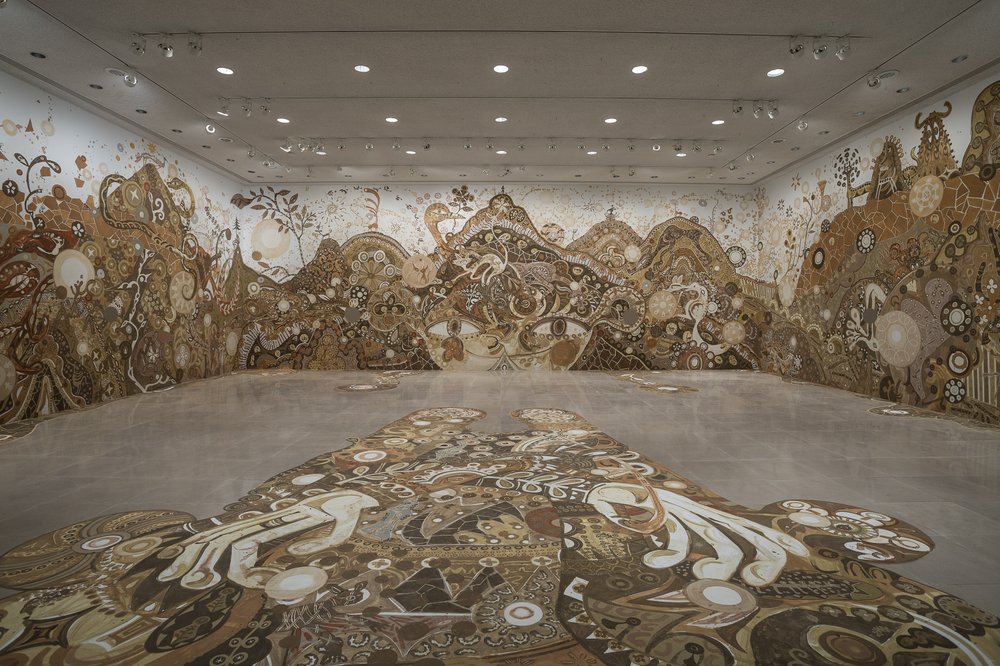 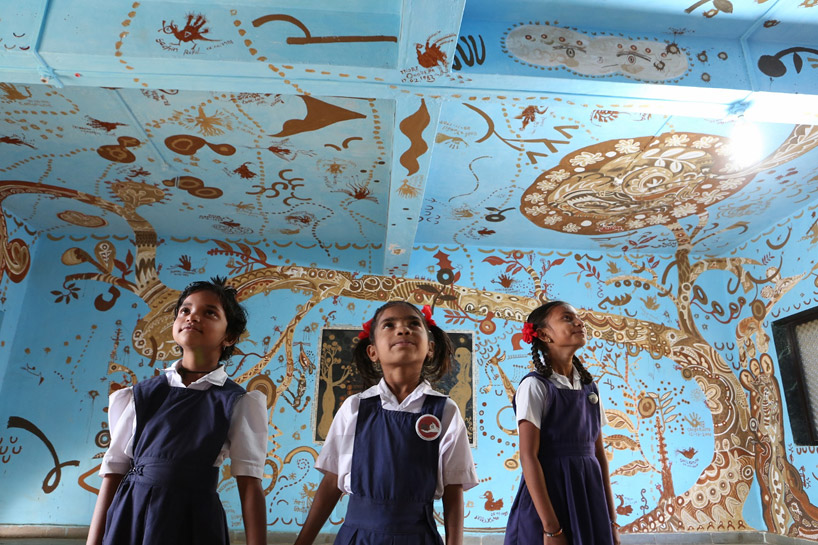 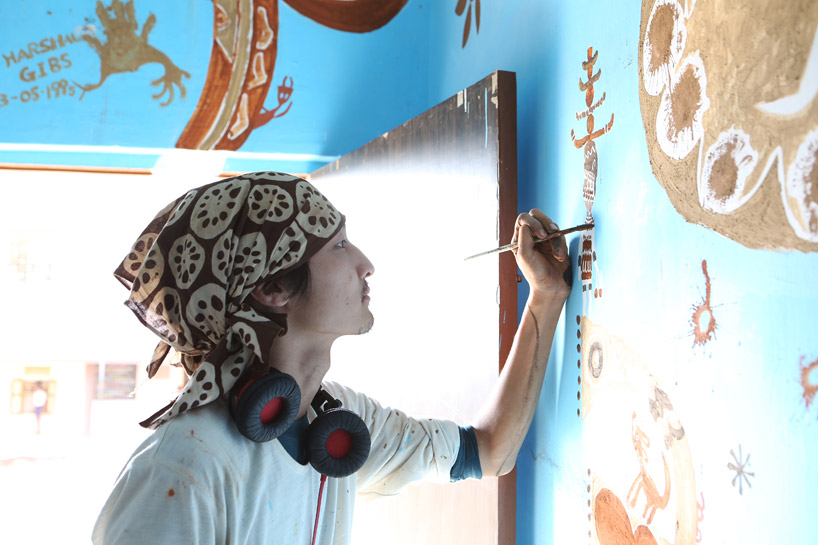 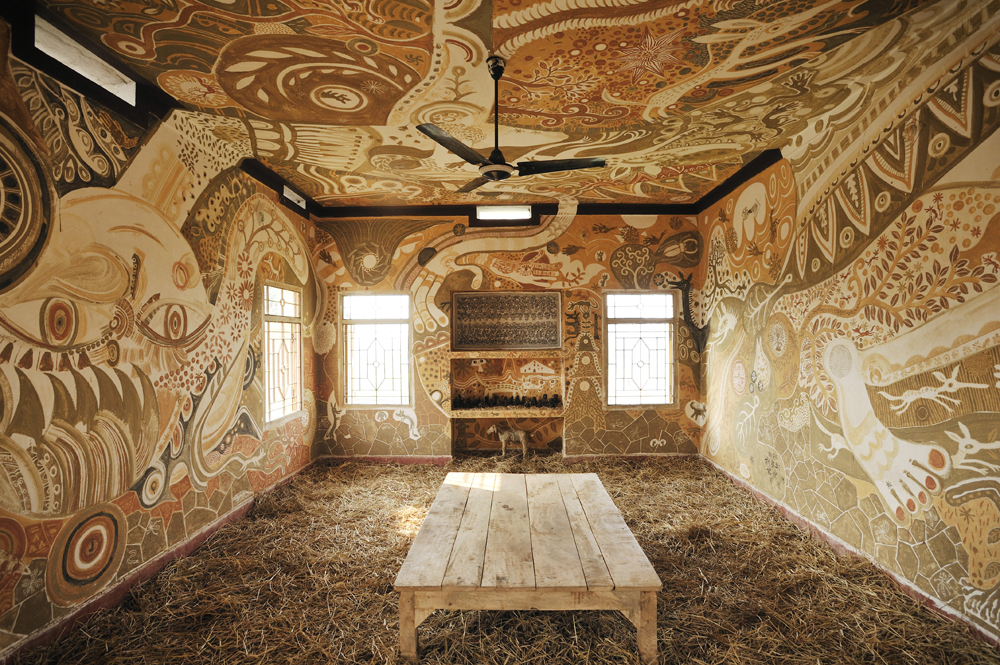 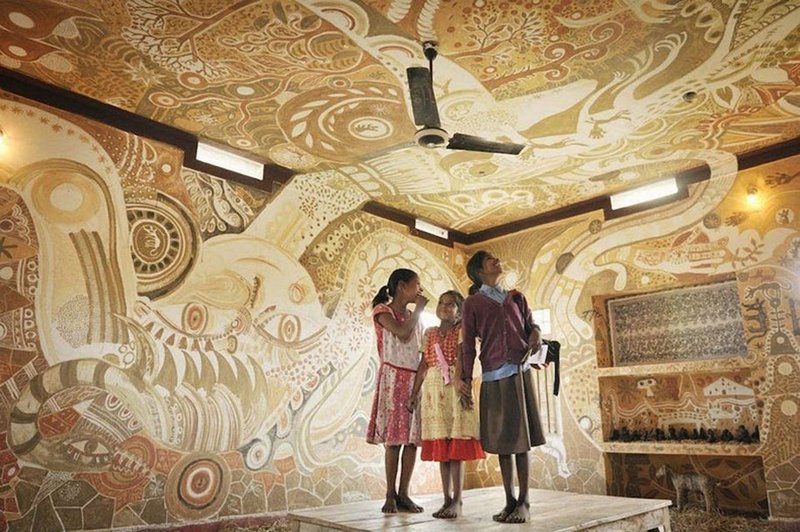