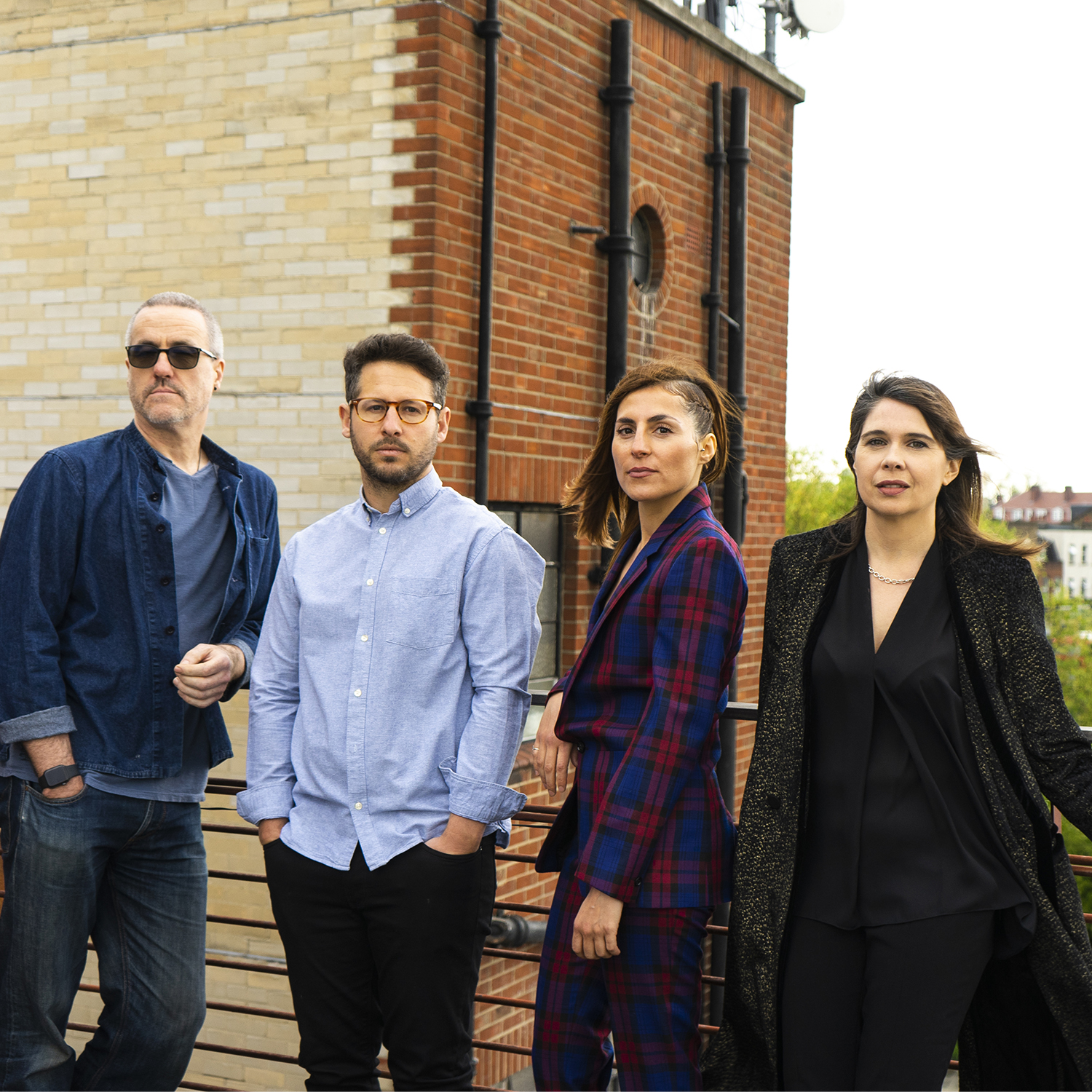 Atmospheric jazz music with an alternative appeal is what one can gather listening to rising jazz quartet ISQ’s original single ‘L.A.S’. After a two-year hiatus, the band has shared the exciting news of their upcoming album in the works, Requiem For the Faithful 2.0: The Remixes which is slated for release on the 21st of May via CP Records. The forthcoming album features remixes from an impressive list of emerging DJ’s.

We got a taste of what to expect with the ‘L.A.S.’ remixed by prolific deep house producer Urchin. ‘L.A.S.’ is transformed from its intimate demeanor of the original, and instead excites the dancefloor in Urchin’s spin on the single and caught up with the four-piece below.

We are an alt- jazz quartet based in London and comprised of myself (Irene Serra) on vocals, Richard Sadler on the double bass. Naadia Sheriff on piano and Chris Nickolls on drums. We formed the band almost 10 years ago and Time Out London described our sound as a melting pot of jazz, pop, and electronica, which is pretty spot on. Our inspiration to form ISQ

was that we basically wanted to create a band where we could write original songs and keep the element of improvisation in both our composition and our live performances. We’re four

jazz musicians who love writing and playing lots of other music besides jazz! This new release. Requiem For The Faithful 2.0:The Remixes will be our fourth album and it is a

complete reimagining of our third album. Each song is remixed by different producers and DJ’s, mostly in the electronic field. Artists’ as diverse as house-music legend Arthur Baker, Faithless’s guitarist Dave Randall and classical film composer Vince Pope amongst others.

The music industry is super competitive these days. Was there a moment in your life that you wanted to give up on the music/band? How did you manage to stay focused and achieve what you want?

The music industry is really competitive and has changed so much in the last decade,  making it even tougher to earn a good living, so resilience and adaptability are fundamental qualities for a musician these days. I don’t think we have ever seriously considered quitting the music industry but we’ve definitely had our highs and lows. We’re all professional musicians and work in different projects besides ISQ, and I think that is what keeps us sane as well. We try and stay focused on creating the best music we can and always try and remember the reasons we became musicians in the first place. We would definitely have far less interesting lives if we weren’t musicians, in the good and in the bad!

How would you describe your creative processes? Who writes the lyrics to your songs? Are the music and lyrics written in conjunction or separately? Where does the inspiration come from?

The writing is a very collaborative process in the band, sometimes it varies. Sometimes I’ll think of an idea, melody, chords, lyrics, and then we’ll produce these. Or sometimes one of the other band members sends through a great riff or instrumental track that I think will work. With the composing side of things, we really try not to overthink or put any pressure on the creative process. We write honestly about situations that are affecting us at that moment. Lyrically, our latest album explored the communal experiences of love, faith, and in particular, shame. What’s that great Mark Twain quote? “Man is the only animal that blushes. Or needs to.”

There are a lot of great tracks on the new album, it’s full of feel-good musical goodies, but the first single we are releasing this Friday called ‘L.A S.’, remixed by a brilliant producer called Urchin had us dancing in the living room the minute we heard it! There is so much

time for musicians, there doesn’t seem to be a lack of inspiration. There was a great documentary recently on the BBC showing how AfroBeat influenced the London scene and generally highlighting the vibrant UK jazz scene. There are so many musicians around the country putting out interesting original music. Getting it heard is the hard part these days!

Which gig did you enjoy the most so far? Why?

We did the UK tour in 2019 when we released our third album and we had some really memorable gigs during that period. We played as part of Jazzlines at the Symphony Hall in Birmingham, which was a fantastic venue with a great audience. We also played at a wonderful jazz club called Peggy’s Skylight in Nottingham which is probably one of our favourite jazz

clubs in the UK. Such a great vibe. But probably the most memorable one so far was a few years back when we played the Elgar Room at the Royal Albert Hall a couple of years ago. It was sold-out and was such a great evening. There’s something special about playing in such an iconic venue, you can really feel all the incredible creative energy that has been through those doors!

What can we expect from ISQ next?

We will be live-streaming via Facebook on the day of the single releases, with all the individual collaborators, interviewing them, and then getting them to perform their remix live. So that should be fun. We are trying to adapt and stay positive as much as we can despite the restrictions on live music. And one of the major advantages of live-streaming is that you’re not limited geographically and can share your music and connect with people from all over the world. That is really exciting as musicians.

‘L.A.S (Urchin Remix)’ is set for official release on the 5th of February. Pre-save it HERE.