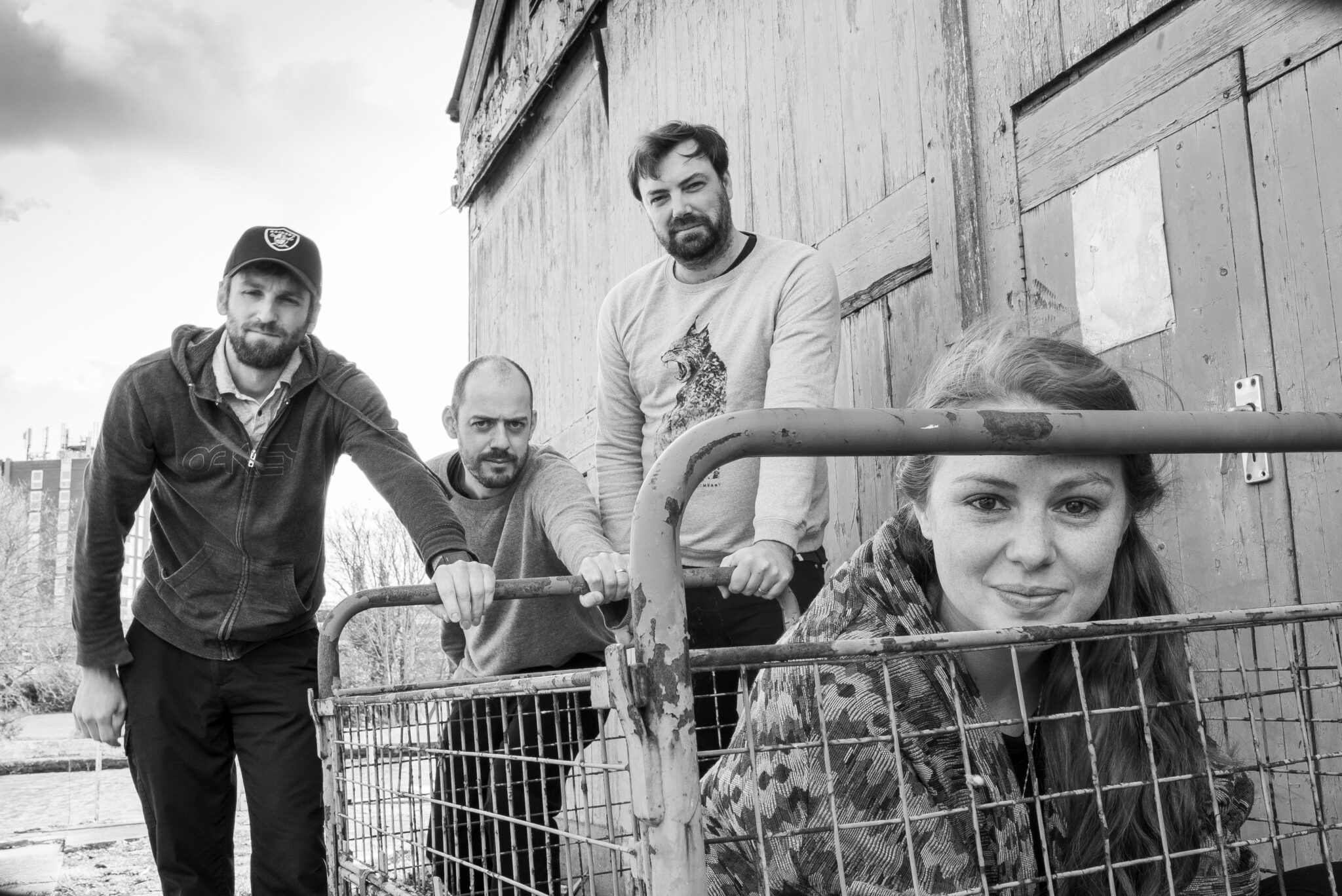 Forming in 2019, the band had to quickly evolve their methods of creation as they’ve spent most of their time apart due to lockdown. However, a common love of Jimmy Eat World, Pixies, Biffy Clyro and Tegan and Sarah would bring them together and influence their creative style. Even with these old school inspirations, ‘Snow’ can be compared to the likes of  Wolf Alice, Cranberries and Soccer Mommy.

Comprised of Jon Hatch on bass and Toby Mcfee on drums (who grew up next door to each other in Wiltshire), the band also boasts Jay Amesbury on bass (from Leicester) and Olivia Bond on vocals (who grew up in Cambridge, New Zealand). While most of the band are based in London, Jay who “lives in deepest, darkest Somerset”, provides the exception.

Gently encouraging in its delicate indie sounds, Giant Sky use ‘Snow’ as a tribute to Olivia’s wife who helped her through a particularly rough patch during lockdown. Highlighting the turmoil that many have felt during a difficult year, Giant Sky merges caressing guitar strings with an inspiring intensity and uses them to highlight the importance of human connection. A love song with an edge, ‘Snow’ is the type of song to keep on your playlist for the dark moments.

The band tells us about the inspiration behind their latest single, “Snow is about the triumph of human connection over isolation. After the year we’ve all been through, human connections are ultimately what has got us through, and we wanted to write something that reflected that.”

Listen to ‘Snow’ below. Stream/ buy it HERE.