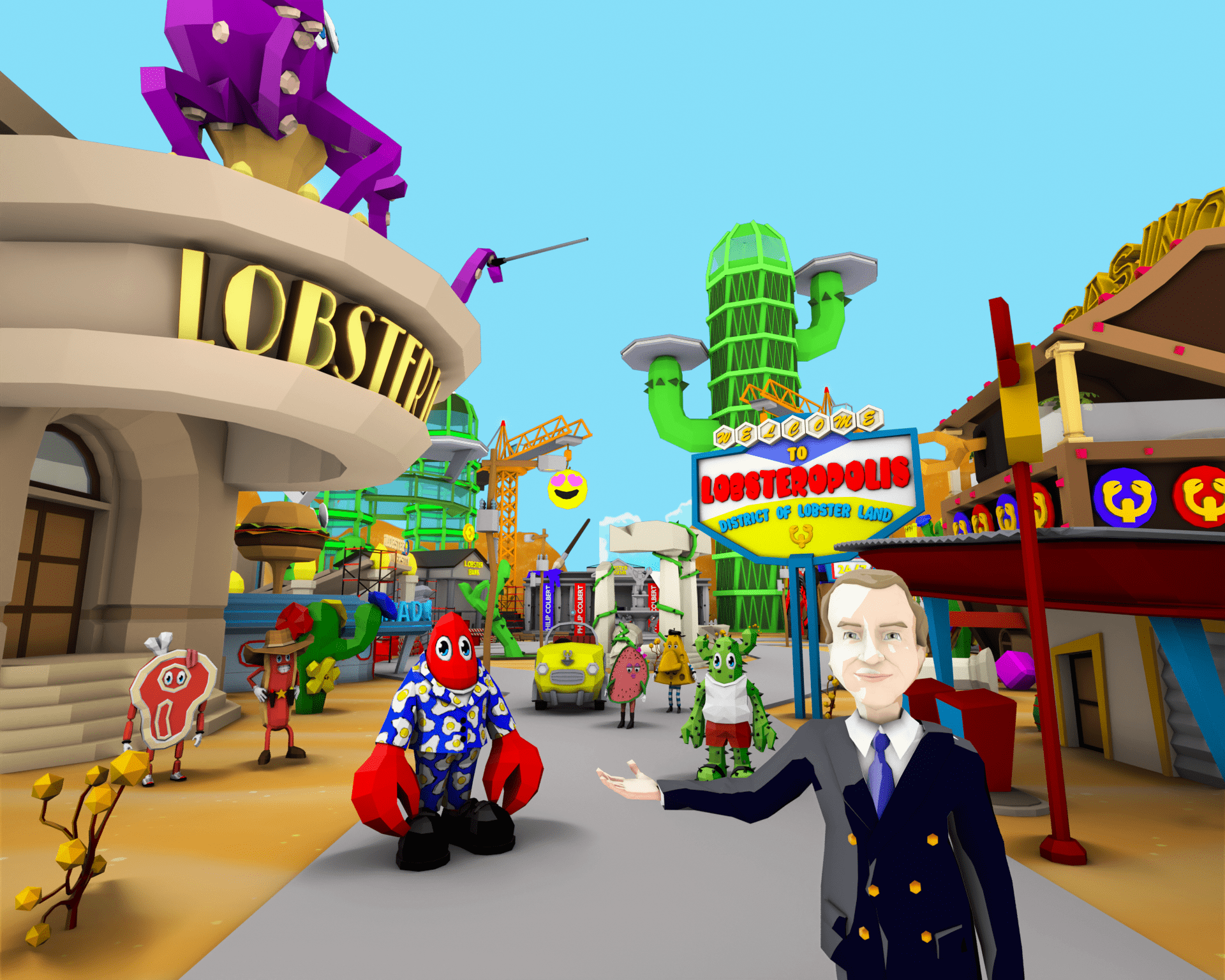 Celebrated as the ‘godson of Andy Warhol’, the rich and imaginative world of Philip Colbert’s artwork has captured the attention of many – and now comes to chance to immerse yourself within it like never before.

In the latest iteration of his lobster universe, Lobsteropolis City – opening 30 June – presents Colbert’s first fully digital exhibition. The exhibition will open within the ‘metaverse’ of Decentraland, a virtual reality world built on the Ethereum blockchain. On the platform, users can create avatars and explore Colbert’s newest lobster universe, which has been three years in the making from his Shoreditch-based studio. In the case of Lobsteropolis City, this is the most ambitious and largest-scale venture to be seen in Decentraland to date – set across 57 land parcels in Vegas City.

Colbert’s new exhibition at the Lobster Land Museum has been curated by eminent curator and auctioneer Simon de Pury, and will feature a selection of NFTs – some previously seen, others new. These include Cryptofixion and Lobster Fountain – both unveiled earlier this year – as well as newer creations to be offered at an auction held by Simon de Pury’s Decentraland avatar, with bidding open from the 30th. 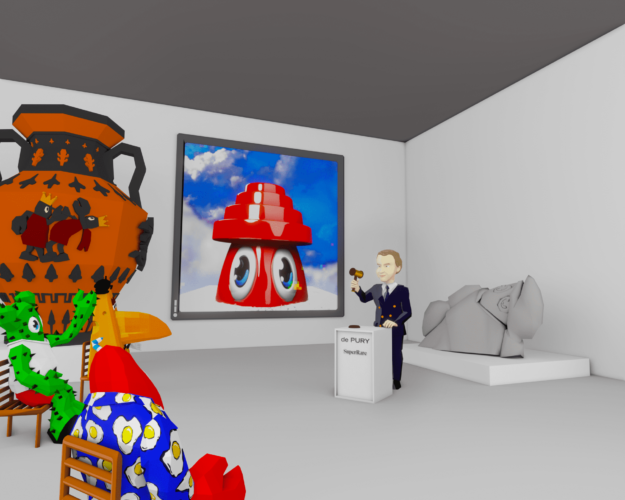 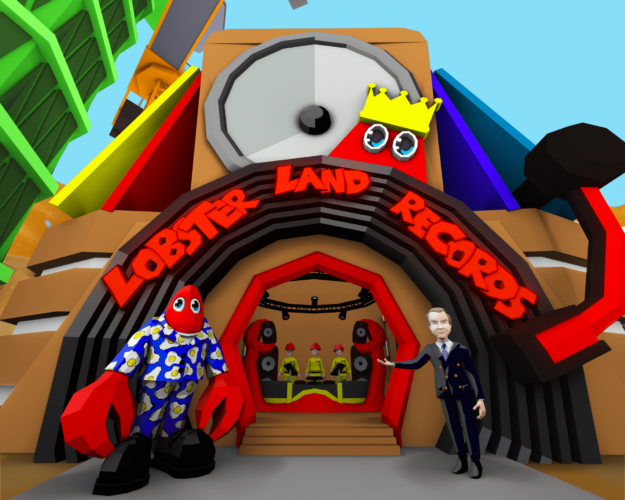 One of the new NFTs is an artwork created in collaboration with legendary American New wave band DEVO, who will be performing a live DJ set at Lobster Land Records store next door to the Museum for the launch event on 30 June – testament to the breadth and richness of the Lobsteropolis metaverse.

‘I love the way the NFT space has created an accessible platform where art and music join forces in a revolutionary way,’ said Colbert. ‘Never before has there been such a platform to present art in this way. In art history I have always been obsessed with this crossover of art & music, from the Ballets Russes where de Chirico & Picasso designed costumes and sets for the Ballets to the aesthetics of the Punk & Pop movement.’

Of the project, James Ashton – CEO of Vegas City, where Lobsteropolis City is located – said: “The project is the most ambitious digital show and artist’s world I’ve seen yet, it could really inspire new creative possibilities for the platform. We love Philip’s work, and the way his artistic world has developed so well digitally, we believe it will create a new immersive art phenomenon. Rather than just presenting a typical show, Colbert has created a whole world for the viewer to experience. The possibilities here are endless.” 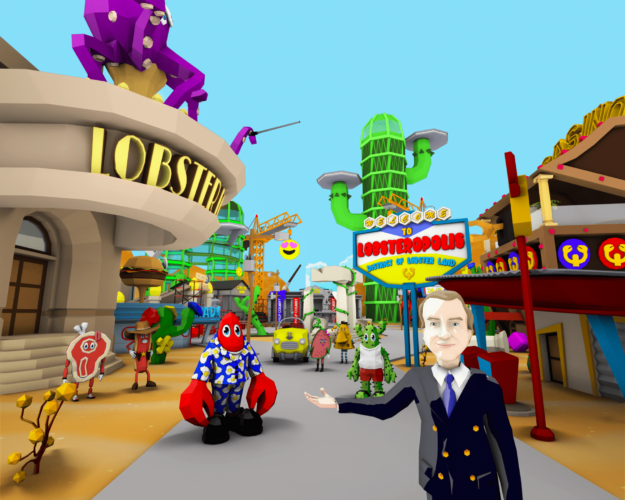 We’ll see you on there in avatar form.