It used to be very easy to define an artist, with people pointing to painters, drawers, sculptors, and sketch artists as worthy of the title. Of course, the arts spread across several sectors, including music and cinema, but those who create images have long been the default reference for the term. Then, as technology developed, photographers started to muscle in among artists, creating stunning images that evoke a reaction from viewers.

Now, however, just about anyone can lay claim to the title of the artist without using paint, pencil, or even camera settings. All that anyone needs is talent and a small tablet to paint digitally and commence a career in digital artistry. This isn’t to belittle what graphic and digital artists do; quite the contrary. Amazingly, art has been democratised in this way. Now, people don’t need an array of paints, a fairly large room to fit a massive canvas, or a stream of new brushes: a couple of hundred pounds will get you the tools needed.

The digital landscape that many of us spend much of our lives in has further enhanced the scope for artists who can bring their talents to computer programs. Not only can people create, share, and get feedback on their art with ease, but several sectors actively seek tech-savvy artists to enhance their products and image. In fact, we may even be on the verge of a new scene of computer-driven artistry.

Graphic artists sought by businesses across the board 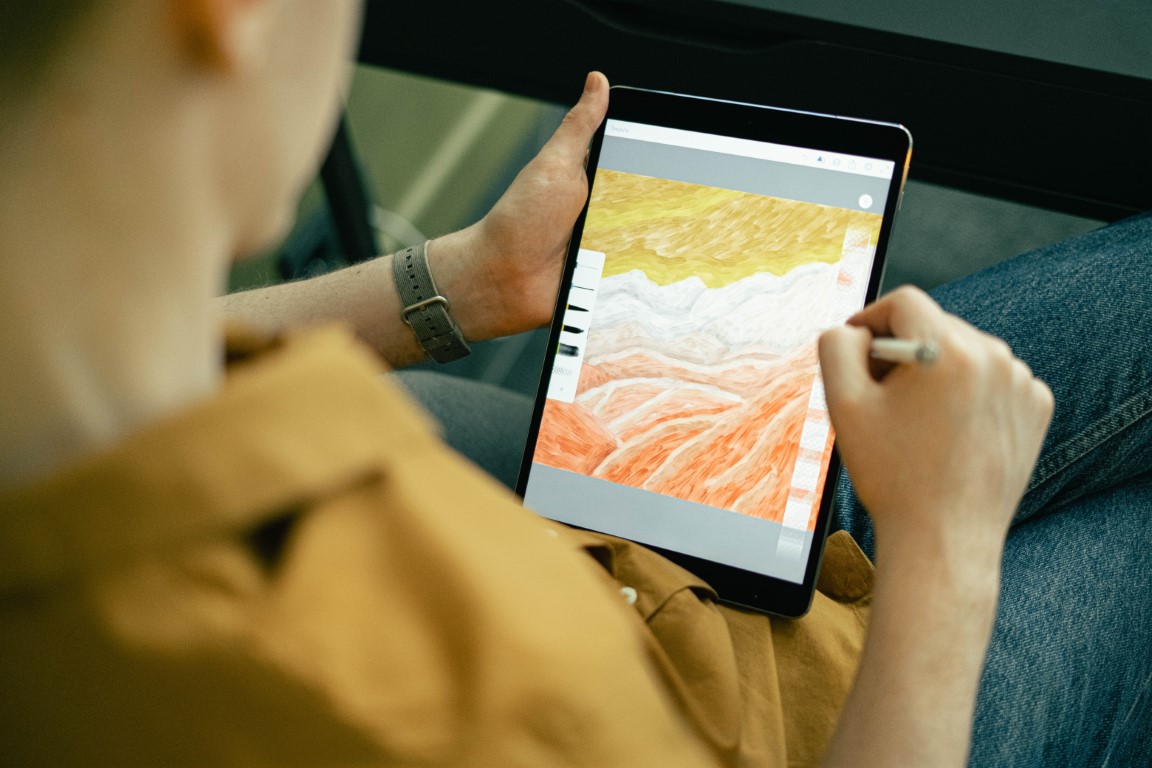 Art has always been a cultural medium that speaks to the beholder, but similar efforts used to relay a message through art are being deployed in the realms of digital art. While often far simpler in its final form than a painting, drawing, or even a photo, graphic designers still need to utilise colours and forms to relay a message with minimal words.

While not the ultimate authority on the matter, as no one is, interdisciplinary designer Ozan Karakoc makes a valid point that “graphic designers are artists too,” but that because they have to think about telling stories, being strategic, solve problems, and convince audiences, what they do isn’t always considered to be art. However, in creative branding, where there aren’t boundaries or strategies, designers can lend the title “artist.”

Many do make the distinction between graphic designers and graphic artists, though, with the former being an approach to create content for users while the latter is the expression of one’s ideas. In a sense, though, both are trying to evoke a response. So, perhaps design is more of a product created to make others react, but it’s also an extension of how the company behind the designer wishes to express itself to others.

Businesses all over the world are now turning to graphic designers to relay their messages and persona through striking imagery, which is why more and more are looking to graphic artists. Partnering with those who lay more on the side of the artist over designer can help to make logos and branding stand out. In the past, several logos have been created by famous artists, such as the Chupa Chups logo by Salvador Dalí.

Animation, design, and graphics are all now forms of art that have become prised by the most lucrative arm of entertainment in the world: gaming. Games present a tremendous coming together of artistry and technology, using the modern scope of the products to combine sights and sounds created by talented artists. Any given game studio needs a concept, environmental, and character artists, as well as an art director, level designer, and animators.

You can witness a huge array of evocative art styles in modern games, as shown by the differences between Paper Mario: The Origami King, Return of the Obra Dinn, Ōkami, Mulaka, and Merchant of the Skies. You can even see artistic expression in smaller-scale online games, such as in popular slots. As so many of these games are released to the highest rated new online casino platforms every month, the art style and aesthetics have to be as intriguing as possible. This is a big deal in the industry, with the experts doing the reviews that rank those sites as the best have ‘Software and Other Games’ as the second most-prominent section for readers to see. This is especially relevant considering how many new casino platforms there now are, and sites like this help list the advantages of each site by stating it clearly for the reader to consider. For example, players may lookout for titles like Spinata Grande and Gonzo’s Quest, which continue to rank among the top titles because their design appeals to casino browsers.

Games like these all utilise the talents of modern digital artists, making their computer-formed products a form of art. However, the next big leap in the relationship between art and technology looks to go beyond talented artists. As demonstrated by the Faceless Portraits Transcending Time exhibition in New York in 2019, artificial intelligence has made its way into the art scene. Created by Dr Ahmed Elgammal, AICAN (the name of the AI) created prints based on its machine-learning algorithm that was fed existing work.

There will always be people who don’t agree with digital artists being termed as such, but as technology has evolved to open new avenues for creatives, art by its modern definition has become a hot commodity.