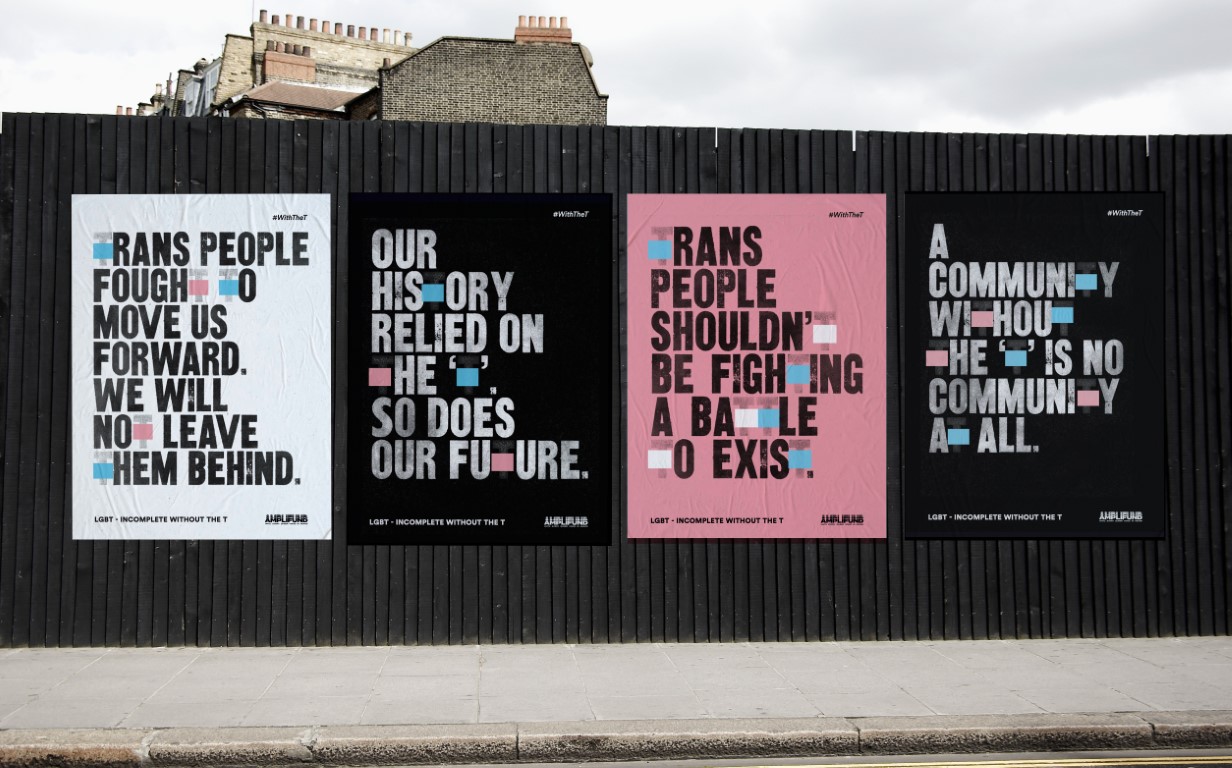 Incomplete Without The T

GAY TIMES have launched Amplifund campaign – Incomplete Without the T – at GAY TIMES Honours in response to increased transphobia and hate in the global media.

2021 has become the deadliest year for Trans people on record. The Trans community is being increasingly targeted, with transphobia and hate coming from both the media as well as from right-wing groups, both on and offline. More recently, the LGB Alliance have called for the T to be removed from LGBTQ+. 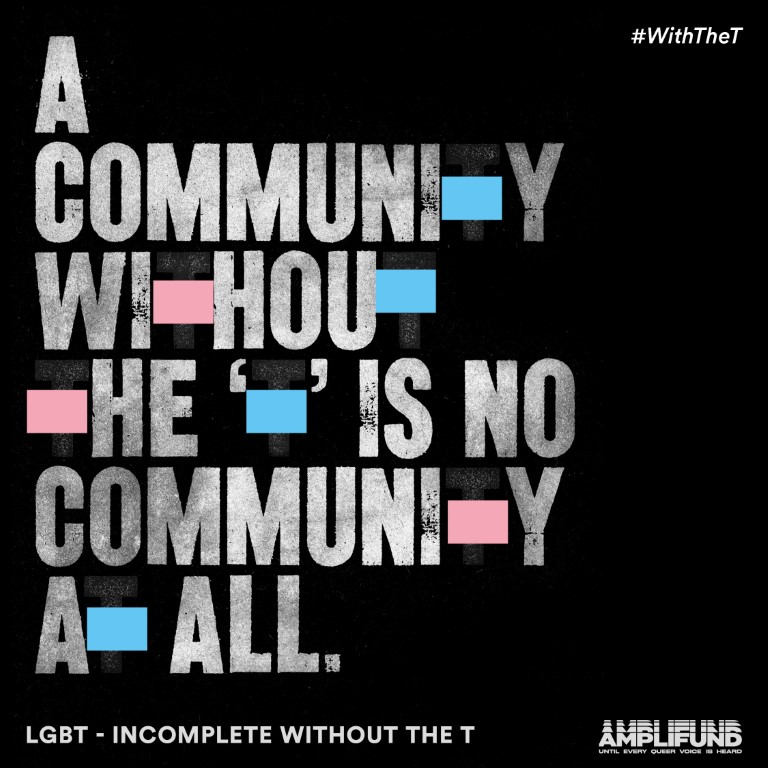 To stand in solidarity and help to raise visibility and awareness around Trans issues, Amplifund have launched a powerful new campaign: Incomplete without the T.

Created by Grey London, the idea of the campaign is to remove the letter ‘T’ from a range of different texts and communications – showing that when you erase a letter from any word, in any language, you remove both the comprehension and the unity behind it – and the same is true when you remove the T from LGBTQ+.

The campaign was launched to a live audience during Trans Awareness Week at GAY TIMES Honours, with a powerful speech where an incoherent voice-over was heard in front of an audience of over one thousand LGBTQ+ community members and allies – including a plethora of trailblazers and celebrities from Ellie Goulding, Jade Thirlwall (Little Mix), Will Young and Rina Sawayama. Tag Warner CEO, GAY TIMES, introduced the campaign video and invited the audience to start using #WithTheT across social media to demonstrate their support. 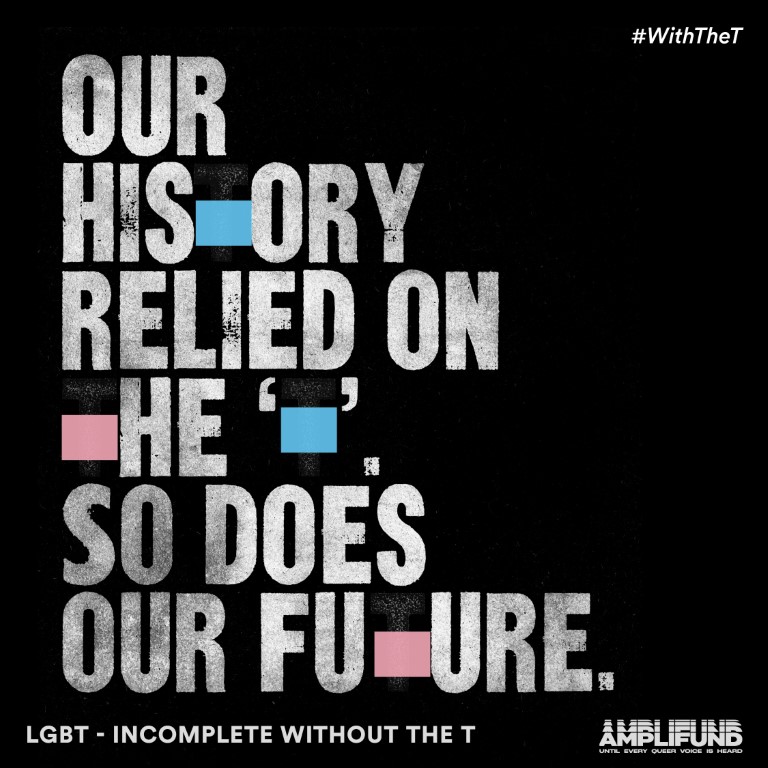 Trans rights are vital all year round, and so to emphasize the fact that these issues go beyond a designated week or day, a multi-platform campaign has been launched today, including OOH advertising and social posts across GAY TIMES channels, as well as queer influencers and allies also getting involved and showing their support online.

The campaign will continue with future executions focusing on getting other media outlets, brands and charities involved, with the aim to show how we as a global community are incomplete without our Trans brothers and sisters – without the T.

The creatives, Chaz Mather and Lucy Jones: ‘We just couldn’t understand why anyone would want to remove the T from an acronym that stands for unity and equality, especially when Transgender people have played such an important role in LGBTQ+ history and such an important part of the queer community. We created this campaign to remind people of that fact. It’s something we both feel really passionate about.’