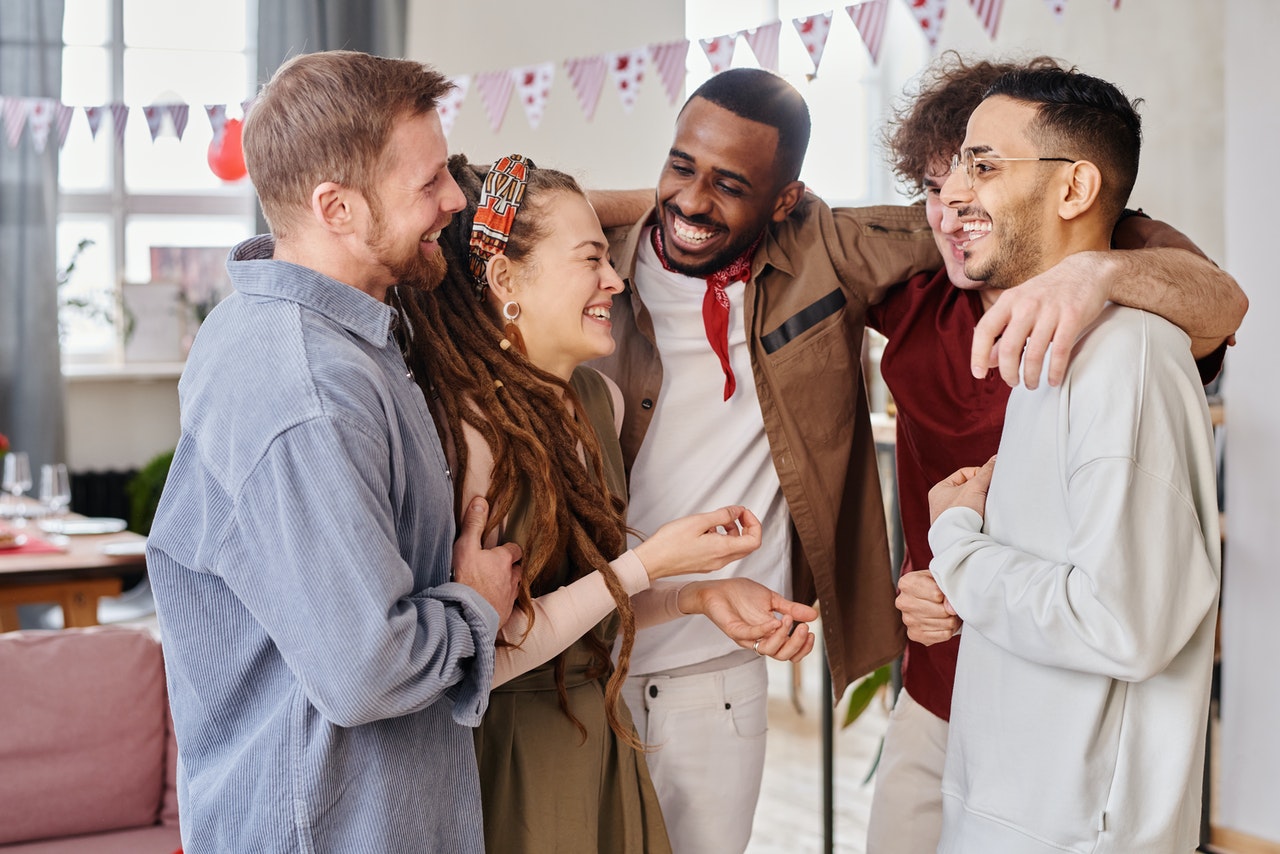 With winter just stepping in, you’re probably going to be throwing some indoor parties at any chance given. So, games and entertainment activities are a must for any event to be fun and joyful. And it does not depend on the company, everyone loves to have fun: children, youth, adults. The main thing here is to choose the right entertainment options. We will give hints for different cases, consider in more detail the games and contests for the party.

We will tell you in detail about the options for entertaining guests that can be arranged without leaving the table. This is especially true when those invited to the event already discussed with each other all the latest political news, talked about their children and were already getting ready to be bored, but it’s still too early to go home. Well, you as hosts of the celebration should prepare not only delicious treats but also fun entertainment to make the event unforgettable for everyone. There can be many options, it all depends on the imagination and preferences of the presenters.

It should be noted that this game is not an easy one. It may only seem that it is so easy to play, but it causes a storm of emotions among players. Cards are dealt with the participants of the game face down. When receiving a card, it is necessary to look at it and hide it unnoticed by the neighbours. Those who got the cards of “Civilians” make up the company of “honest residents of the city” unfamiliar with each other. Players with Mafia cards are a Mafia team and there is also a special Commissar player (you can play without him). The “Leader” card – determines the leader. The goal of the game is that civilians must figure out and eliminate mafia people; mafia representatives, in return, should try to harm civilians. When two civilians and one mafiosi remain and a civilian drops out during an open vote, the mafia wins.

Mafia successfully combines both competition and performance. It is both a show and a struggle for survival. Unlike cards, this game has nothing to do with money, unlike golf, it does not require financial expenses, unlike football – good physical fitness. Most importantly, it brings much-appreciated intellectual pleasure.

Of course, club poker and a home tournament differ dramatically. In the first case, the main thing in the home games is not so much winning as the opportunity to have a good time.

So, where to start?

– when playing a cash game, it is better to agree in advance on the time of its completion, suddenly someone decides to leave earlier, and the rest will not be able to finish without one participant;

– in the tournament version, the amount of the buy-in (entry fee) and the stack with which everyone starts the game are assigned;

– it is important to clearly establish the rules for dealing cards: how to shuffle, who is dealing, whether the person sitting on the left should move the cards, actions in case of dealer error, in which cases to replay the hand, etc.;

– you can appoint one player as tournament director, he will solve controversial situations that were not discussed before the game.

This game could be so interesting to a point that you wouldn’t want the thrill to end, and with all the lockdowns lately you may like to play it online with your friends. Check out the poker lobbies on the best online casino websites so you don’t miss out on the fun!

The simplest version of such a game is to invite guests to bring their children’s photos with them, spread them out on the table, and the guests will have to recognize each other or guess who is in the picture. Another variant of this game is when the presenter gives the participant a note with the name, for example, of the animal to be depicted, and asks: “Who are you?”. And he gestures and mimics the creature indicated in the task, while everyone else should guess who he is talking about. In another game under the same name, a sticker with the name of an animal or with the surname of a famous person, an inanimate object is glued to the forehead of the participant. The player, asking questions, should guess who he is. He is answered only with “yes” or “no”.

It’s a pretty funny contest when the “speaker” is offered to read a poem with a full mouth with intonation, and the second (“stenographer”) types after him and then reads what he heard. That is, one participant is offered, like a hamster or a chipmunk, to stock up on nuts (to stuff a mouthful of them, you can take slices of orange, apple, and so on), and then as clearly as possible with “cheek bags” to read the passage prepared by the presenter. The second option of such a game is when two or three participants are called, each is given their own fun theme. On command, all the “speakers” start talking loudly and clearly at the same time, for example, one is talking about dolls, another is talking about how he could not pull out the biggest fish, and so on. The one who loses or loses the thread in his story loses.

Such games are definitely the go when a common theme is needed to break the ice in a new company!