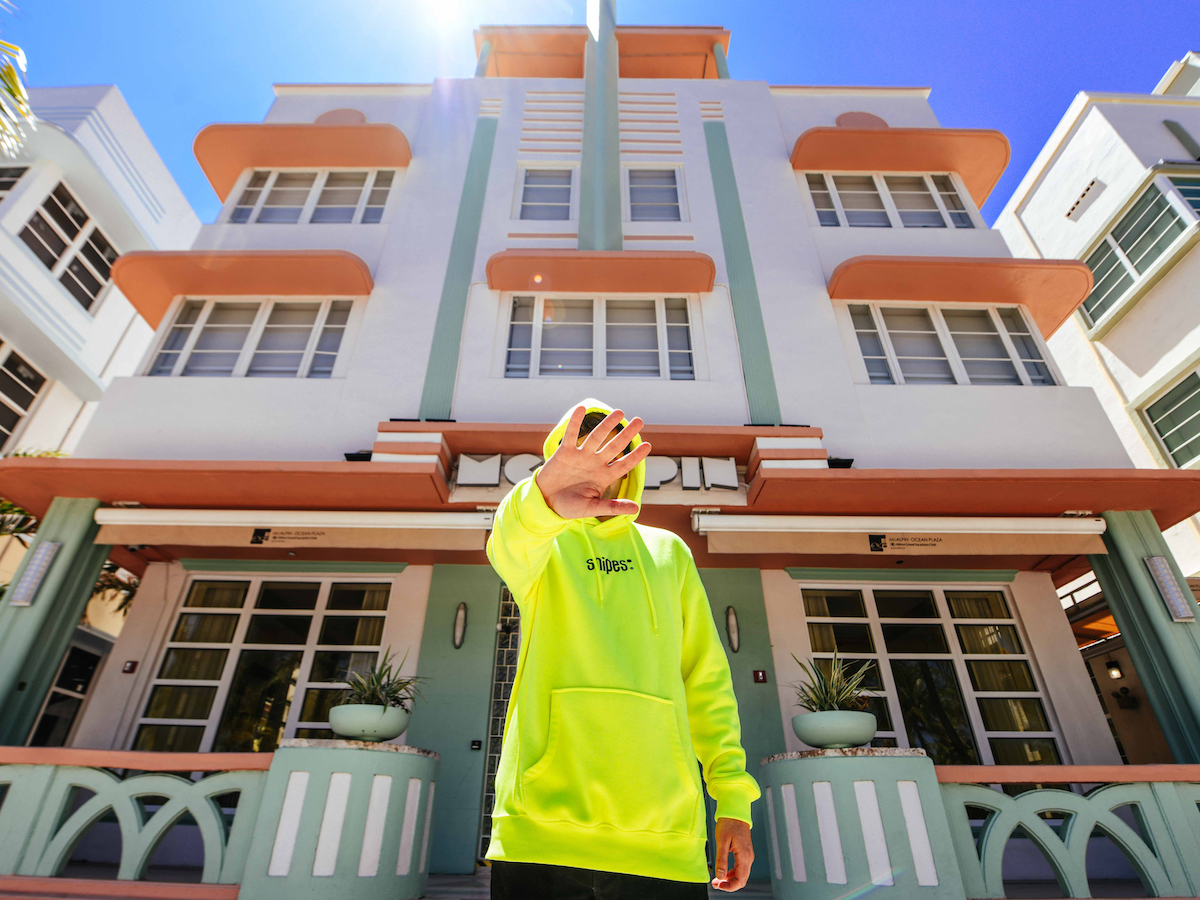 BLVD. Gives a Fresh House Rework To The 1976 Disco Classic “Turn The Beat Around” on Purple Fly

BLVD. has become synonymous with gritty and hard-hitting bass music, but he switches gears to some quality house music on his new rework of “Turn The Beat Around,” originally released in 1976 by Vicki Sue Robinson and later covered by Gloria Estefan in 1994. The bass maestro brings a modern, electronic perspective to a classic party anthem, keeping the integrity of the original’s disco vibes–from the vinyl quality of the sound to the familiar tune that generations of dance fans have grown up with. The fresh take comes with an infusion of groovy house, including a deep, bouncy drop that still feels raw and dancefloor-friendly. BLVD.‘s version is the late-night, shuffling, booty-shaking version of our parents’ favorite track. It follows BLVD.‘s recent big collaborations on Purple Fly – with Shaquille O’Neal, Fatman Scoop, and Laidback Luke.

Purple Fly is an independent imprint utilizing cryptocurrency’s hottest frontier as a platform for the spectrum of electronic music. The label’s goal is to support collaborations of all forms of art, connecting music and stunning visuals for an immersive experience that spans the sonic realms of trance to trap. Purple Fly releases NFT directly on its official website with each music drop, enabling artists to have access to direct support from their fan base while expressing their creativity. Now a label regular, BLVD. specializes in raw and gritty bass/trap infused music; even early on in his career, he garnered support from industry tastemakers and fans alike and continues to push musical boundaries with every track. His popular single “Lights Out” has amassed over 5M streams on Spotify to date. Keep an eye out for more groundbreaking releases coming soon from Purple Fly, BLVD. and more heavy hitters and emerging artists alike.