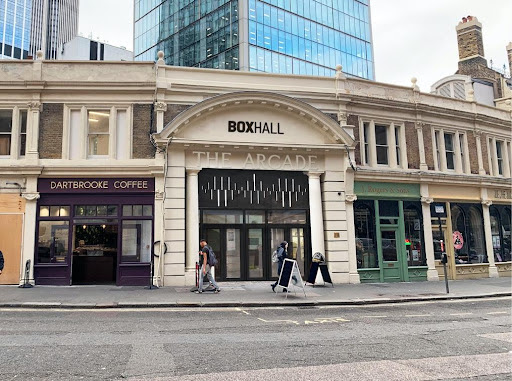 CGI image of the front exterior of Met Arcade building; the façade is subject to planning permission

BOXPARK has just agreed a 15-year lease with TfL, the site’s freehold owners, for the historic Metropolitan Arcade building which first opened in 1912 and is located close to Liverpool Street station, served by a range of rail services, four Tube lines, London Overground and the forthcoming Elizabeth line.

Due to open in Summer 2023, BoxHall City will be an all-day social dining experience including food, drink and events all under one roof. Alongside the outstanding food offer, the venue will be home to signature bars specialising in a quality range of draught, tank and craft beers.

The new site proposals include 16 kitchen units, and two internal bars, subject to planning permission. The 17,000 sq. ft building has a ground floor and a small pre-existing mezzanine with 266 internal seating covers. 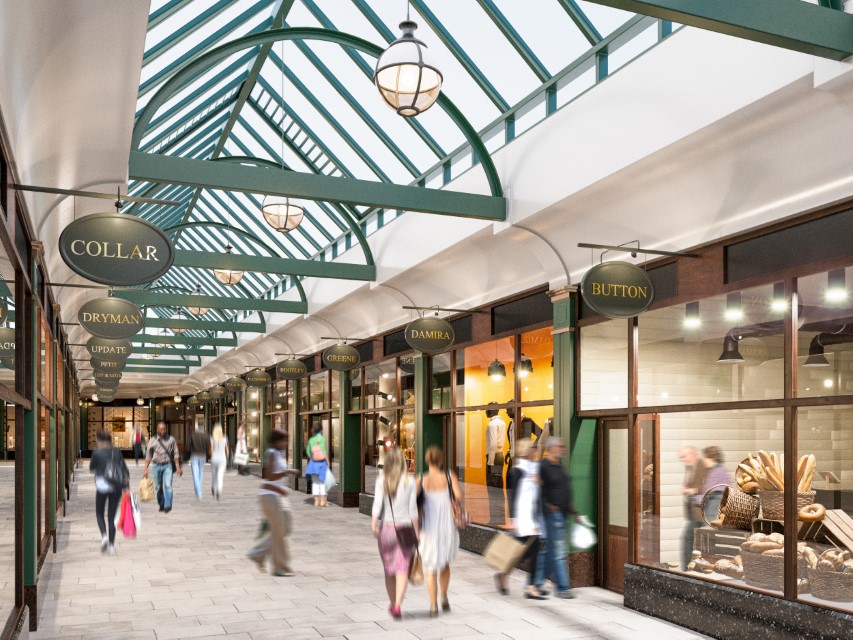 BoxHall is the group’s new, premium food, beer and music hall concept, with all sites to be developed in existing buildings – most of which will be historical, rich in cultural heritage or iconic in their respective local communities.

The new BoxHall site is part of BOXPARK’s expansion plans following its recent announcement of the debut BoxHall concept in Bristol. BoxHall City will be the first of its kind in London with further sites to be announced later this year.

Roger Wade, Founder & CEO of BOXPARK comments on their London-first BoxHall site: “We are delighted to sign this new BoxHall site with TfL in the heart of the City, where BOXPARK was born 10 years ago. Our team have worked extremely hard to secure the Met Arcade – a fantastic, historical site built in the Victoria era, originally the entrance to Liverpool Street Station. We are excited to repurpose the building and make it home to a premium Food, Beer and Music Hall – BoxHall, whilst retaining its character and feel.”