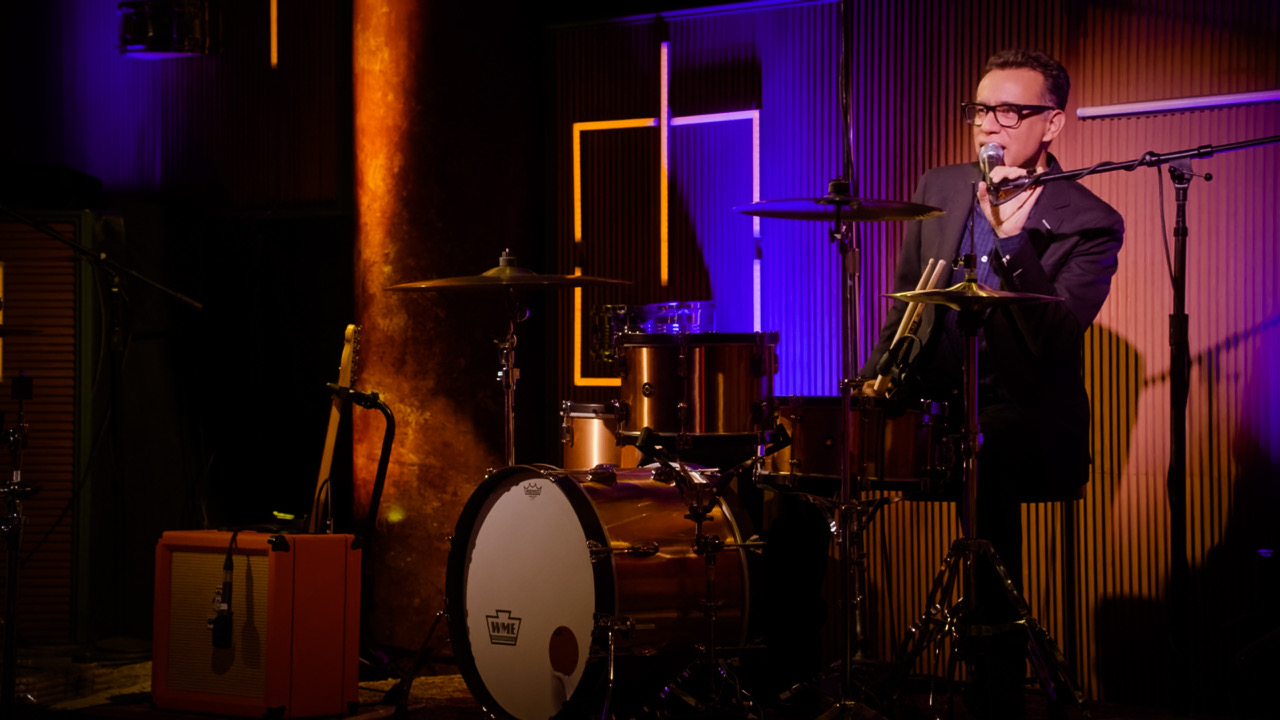 SNL star Fred Armisen showcases comedic and musical talent in an entertaining night at Shoreditch’s Village Underground as part of his ‘Comedy for Musicians But Everyone is Welcome’ show.

As the title of the show suggests, Fred Armisen plays towards a very niche audience, musicians. It is a potentially risky premise but the London crowd loved every moment of the unique experience.

Uncommon for a comedy event the audience were standing in the nightclub setting of Village Underground but this added to the communal feel of the show and enhanced the experience.

The show was a simultaneous showcase of both Fred’s comedic talent and his sheer ability as a musician, giving the audience a brief history of punk rock on the drums and highlighting different strumming styles from around the world on the guitar to great comedic effect.

After the main section of the show had finished Fred took song requests from the audience which saw him perform ‘Maggie Thatcher’ from his SNL character Ian Bizzaro and a Talking Heads parody from ‘Documentary Now!’

The set wasn’t particularly structured but that made for a more relaxed and entertaining atmosphere as the comedian asked the audience if they had any questions for him, all before he dedicated a botched (purposely) cover of Blackbird by The Beatles to his Dad.

Fred told the audience that when he walks around London he gets mad he doesn’t live here because he ‘loves every little corner, every house and every brick.’  He even wanted the audience to sing the final sing-along in a cockney accent to make the occasion authentic.

The premise of a Fred Armisen show can be quite daunting at first for non-musicians but watching the comedian combine his love for music and comedy is a joyful thing for anyone to watch.