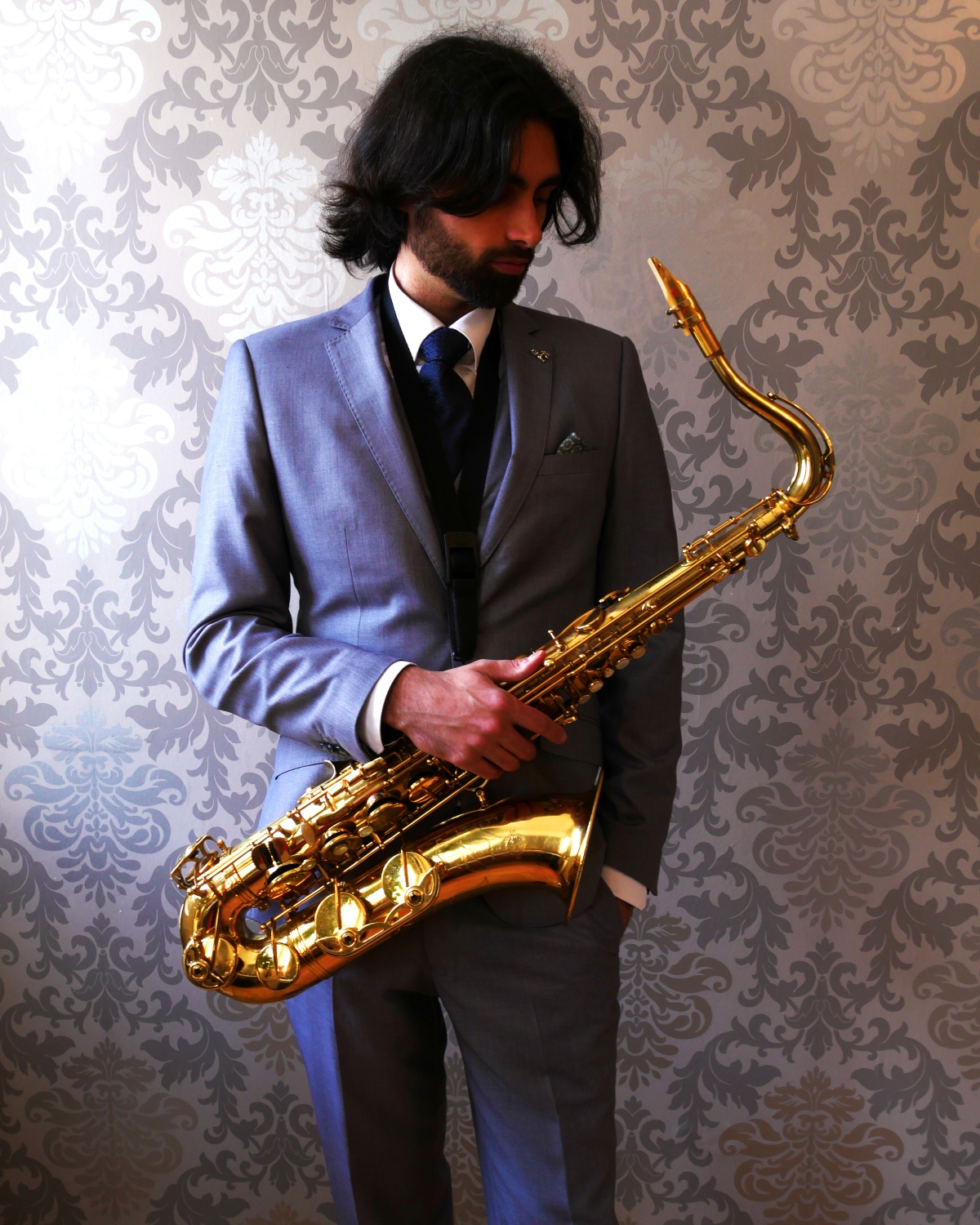 The LP contains 55 carefully crafted tracks and includes the ethereal ‘Shaula’ and ‘Proxima Centauri’. The classically trained artist established a firm name for himself as Milo Lombardi in the jazz community and has performed throughout Europe. It was during this time that he ran a highly successful crowd-funding campaign which would help him release the Going Nowhere (Enjoying the Ride) LP. More recently, however, we see the artist breaking the mould and creating a solo persona, NiftySax in which he focuses on the saxophone as his only medium.

NiftySax is well known in the NFT community with his music on blockchain generating more than 29 ETH in volume traded ($120k at the time of writing). His collection of music NFTs, Nifty Sax Spheres was sold out in 10 hours.

NiftySax is well-travelled, having been born and raised in Fano, Italy, spending one year living in Sydney, Australia before moving to Berlin, Germany with the occasional show in London. The artist is inspired by the likes of Stan Getz, Coleman Hawkins, Dexter Gordon and Lester Young as well as from modern masters like Joshua Redman and Bob Reynolds. His own sound calls to mind the likes of Stan Getz, John Coltrane and Portico Quartet.

The captivating ambient jazz album is unique on numerous levels, starting with the titles as each piece is named after one of the 55 brightest stars in our visible universe. NiftySax explores the ancient concept of harmony found within spheres, focussing it on the extraterrestrial and metaphysical study with one simple yet complex driving thought: “Our soul can hear the sound of the cosmos, which is playing in the ether.”

Speaking of the album, the artist tells us: “After Nifty Sax Genesis, which was the purest form of expression and as such, sometimes quite dissonant, I wanted to create something more accessible. I call Nifty Sax Spheres “collectable music from a higher dimension”. Like Genesis, each piece is a stream of consciousness, but this time channelled towards only one direction: peacefulness. The name of the collection comes from the concept of the music of the spheres, or Musica Universalis. The intent behind the music is to connect myself and the listener to the sound of the cosmos, and to relax and meditate.”