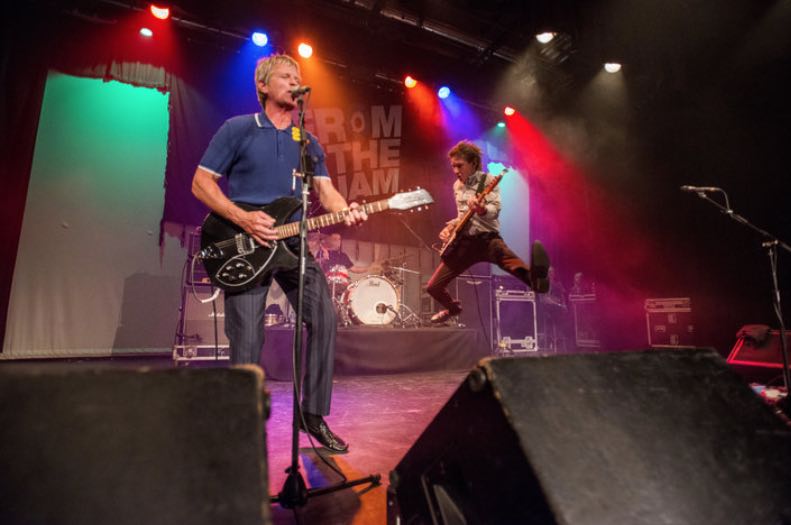 Location
Indigo at The O2

The Jam are one of the most iconic bands in British history. Continuing to keep the legacy of this illustrious band alive is legendary former member Bruce Foxton as From The Jam. Since forming in 2007, From The Jam have been an unstoppable force, with their powerful performances at thousands of headline shows in the UK.

At such troubled times right now, with the live music industry, dramatically forced to shut down for the time being, everyone is looking to the future, with hope and positivity that the UK, indeed the World will come through this with some mighty social celebrations planned for the latter half of this year. Promoters and artists are re-grouping and planning their rebuild with some stellar tours announcing. Following last years epic‘Setting Sons’ Tour success  From The Jam will be celebrating the 40th Anniversary of their acclaimed album ‘Sound Affects’ from September 2020 into 2021.

‘Sound Affects’ reached number 2 in the UK album charts and gave us hit singles such as ‘That’s Entertainment’ & the number 1 single ‘Start’.

Russell Hastings has been the only front man to work with both Rick Buckler and Bruce Foxton since The Jam disbanded and has been earning the respect of fans across the world with his passion, knowledge of the band’s work and his stellar performances. He has also worked alongside renowned artists such as Paul Weller, Wilko Johnson and Steve Cropper.

From The Jam will be supported by The Selecter, one of the  great two tone Ska revival bands of the late 70’s / early 80’s who enjoyed top 10 chart success with ‘On My Radio’  and still prolifically tour today. They will be celebrating the 40th anniversary of their album ‘Too much Pressure.’