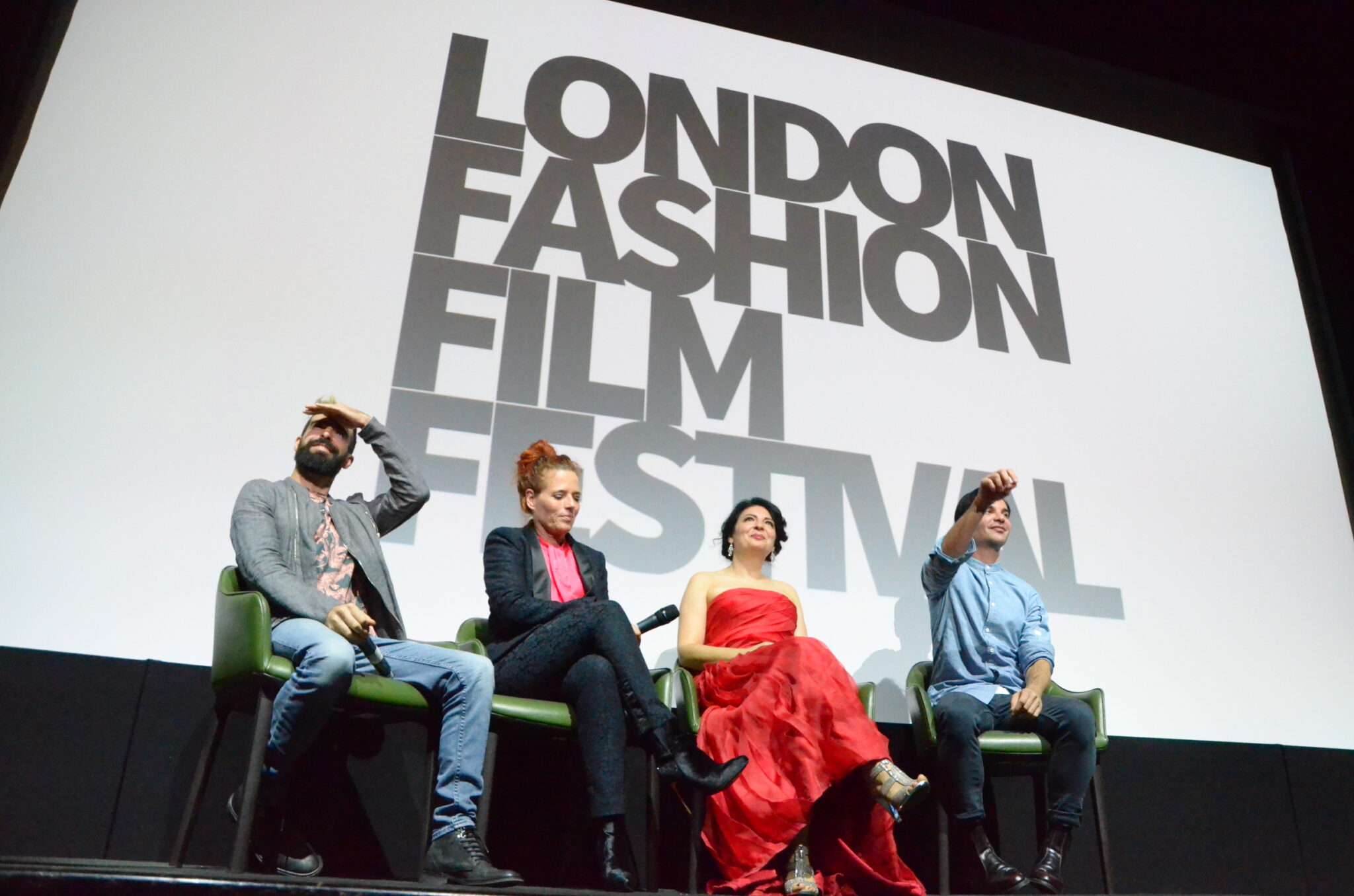 The day before fashion week kicked off, the London Fashion Film Festival took place to shine a light on some of the creative talents that don’t always get a mention in the industry. The 60 films selected for the festival included adverts, editorials, and documentaries from global brands, to up-and-coming filmmakers from all over the world including America, Italy, Spain, Canada, and, of course, the UK. Hosted in the glorious Regent Street Cinema, the site of the first ever film showing in the UK and widely regarded as the birthplace of British cinema, the red-carpet event included a screening of the films, followed by an award ceremony and panel with some of the filmmakers.

While skateboarding women seemed to be a bizarrely common trend this year judging by the entries, many thrived in their originality, making use of dance, animation, music and poetry to create an impactful motion picture. Here’s our rundown of the top 10 most creative films of the festival:

ear brand Strellson is a delightfully fun watch from start to finish. Directed by Wolf & Lamm, it follows a sharply dressed man who crash lands in a submarine into a bizarre world of moustached school children, scuba divers walking out from phone boxes, and donut mascots catching on fire. In a place where anything is possible, the man remains cool, calm and collected, inviting the audience to make themselves unstoppable too through the clothing brand. This wild ride not only makes our top 10 but scooped the top prize of the festival for Best Fashion Film.

Brazilian womenswear brand FARM hired Carlos Mach to direct this joyful piece which replaced conventional models with a diverse group of dancers. The locations are just as varied, taking in some of the most beautiful views to be found in the South American country. The upbeat folk song and infectious smiles of the performers will leave you feeling uplifted in this celebration of the spirit of the brand and their home country. The short film took home Best Editing at the festival.

This beautiful mini documentary truly does justice to the clothes featured. From their series exploring ethical and sustainable brands around the world, Noir Tribe turned their lens to South African brand Mdingi Coutts for this episode. An interview with the designers behind it provides a voiceover to panning views of their collection shot in the breath-taking wilderness surrounding Cape Town.

After Light and Dark

For Mai Gidah’s AW17 collection, director Yarza Twins uses arresting animation and surrealist landscapes to explore the struggles faced by young creatives. The symbols of beauty and the macabre existing together represents the designer’s hard work and sacrifices in creating his collection. Though an unhinged and dark minute and a half, it ultimately ends in the hope of the possibilities of the future.

Another brilliant example of how dance brings life to fashion and a more humorous take on the world of tailoring, Julian Lucas’ film for Oscar Hunt breaks out of tired traditionalism. Pitting professional ballet dancer Chris Rodgers-Wilson against fitter and co-owner of the brand Julian Lichtenstein, the two dance side by side, ballet vs. freestyle, with slow motion frames zooming in on their prowess and refined suiting before concluding with the slogan: whatever your style.

Starring Clint Eastrongwood’s daughter, Francesca, this elegant yet powerful film is a very personal take on the current state of the world by director Braden Summers. Created purely as a creative release for his thoughts and feelings, the monologue read by Francesca is a poetic call to arms which helped them to scoop Best Story at the festival. While a fashion film may not seem the most obvious outlet for this, the clothing of the short only serves to enhance the spirit of the main character and the marginalised people represented in it.

The Tn’T directors invite you to put on your headphones for a sensory reading of The Jabberwocky by Lewis Carroll in this film. Model Barbara Palvin whispers the words in a way that will give you goosebumps, accompanied by snippets that bring the classic literature to life in a modern and fashionable way.

Above is just the trailer for this 10-minute short set in a grotesque and bizarre world where an elite jury sneer apathetically as they watch their prisoners being executed. Costume designer Olivia Ball perfectly depicts status and character to complement Stephen Winterhalter’s vision which takes an unnerving twist as the decapitated heads begin to speak.

Four Stories: ALL DAY EVERY DAY

Isaac J Lock spreads the message that creativity is the best form of exercise in this empowering and whimsical film for M2M. The unlikely heroine is an eccentric older woman who is seen jogging through a museum in her cat eye sunglasses before stripping off into a leotard and throwing some stretches into her workout. She’s the woman we all want to grow up to be.

Created for Italian fashion brand Corneliani, Director Dean Alexander takes the consumer on an adventure through colour and geometry. With an undeniably 60s feel to it, a faceless model runs and jumps through the screen across the shapes he encounters with a feeling of freedom and confidence, seamlessly matching his attire with his surroundings. Percolometria deservedly took home the festival award for Best Visual Effects and Special Effects.