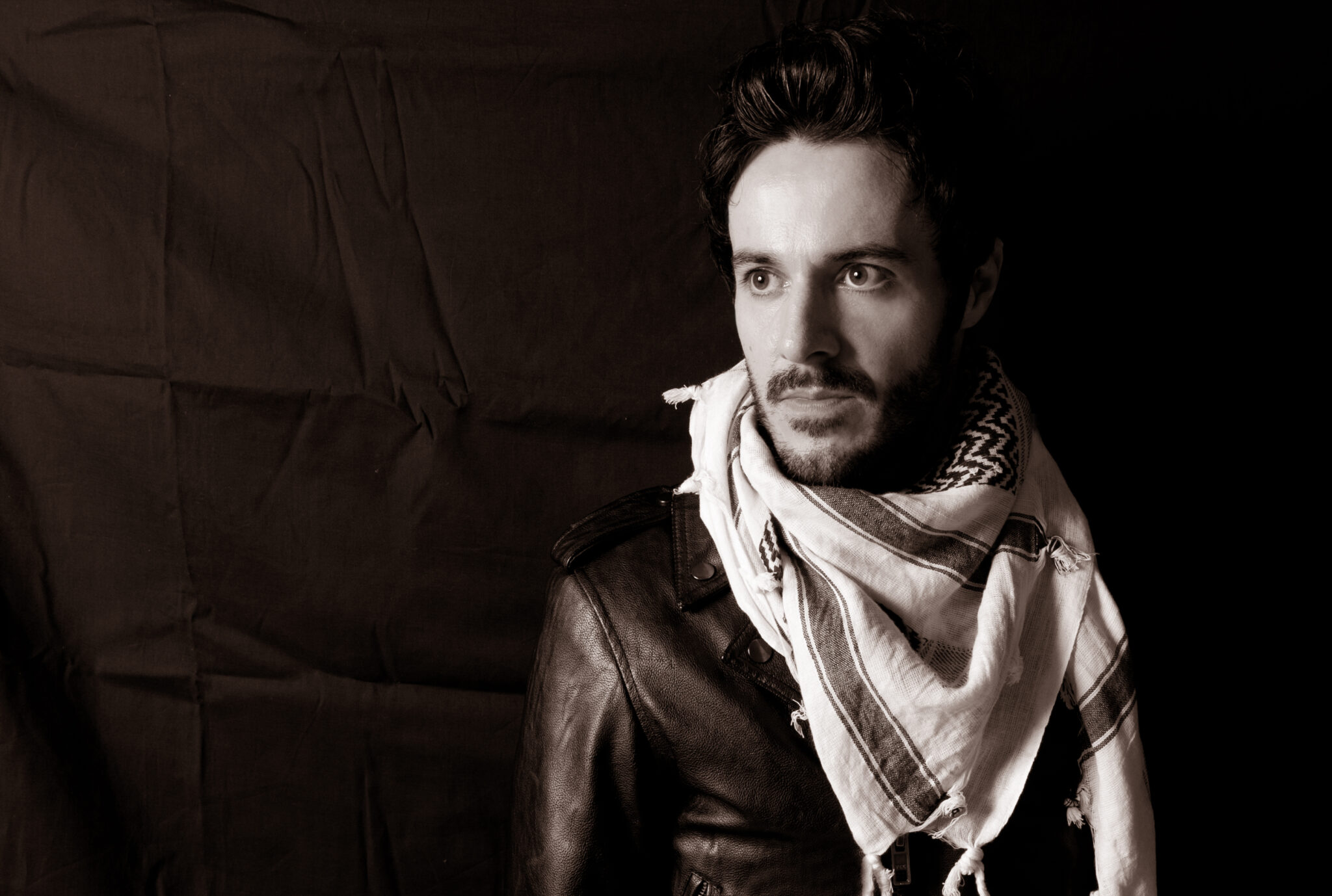 Singer James Kennedy (who once fronted rock band Kyshera, but now releases music as a solo artist) has been involved in music since he was a teenager. Singer, songwriter and guitarist, Kennedy has overcome many battles to reach the standard he has today as a musician. Addiction, mental health issues and even losing a portion of his hearing has not stopped him on his journey. He released two experimental rock albums with Kyshera, and a further two solo albums. Alongside this, he has recently finished writing a book about his experiences of the music industry – an expose of the ups and downs he has faced to survive the challenges thrown his way. At one time headhunted by both Sony and Warner, as well as having toured across several countries, Kennedy has amassed a huge following of dedicated fans. Here I talk to the artist about his upcoming book release, his mental health and what his plans are for the future….

At what point did you first realise you wanted to pursue a career in music?

Well, it was a progression over time, rather than one particular moment. I was raised in a house where music was always playing and I actually started playing guitar as a result of a random birthday gift from my dad. When I started playing guitar and got more deeply involved in the mechanics of music, that was when dreams of rock stardom started to become a part of my thinking

You have spoken openly about having issues with your hearing. Has your condition had a big impact on your life and outlook?

I can see how my hearing impairment affected me socially and in school. I have always been a “lone agent” doing my own thing, teaching myself everything and doing everything for myself. I suspect that much of that may be due to the social difficulties I experienced early on with my hearing.

So, I really wanted to talk about your upcoming book, Keeping On. Can you tell me when you first had the idea for writing a book on your experiences in the music industry, and what inspired it?

I’m not entirely sure! I just kind of…started. I was at a very interesting crossroads in my life with my band (Kyshera) coming to an end after a very long and turbulent journey through a changing industry and I think I just felt like I needed some context to it all before I could start fresh with the next chapter in my life. It began as a fun, cathartic process but quickly turned into a sprawling project that forced me to confront some things about my journey that I’d chosen to forget. 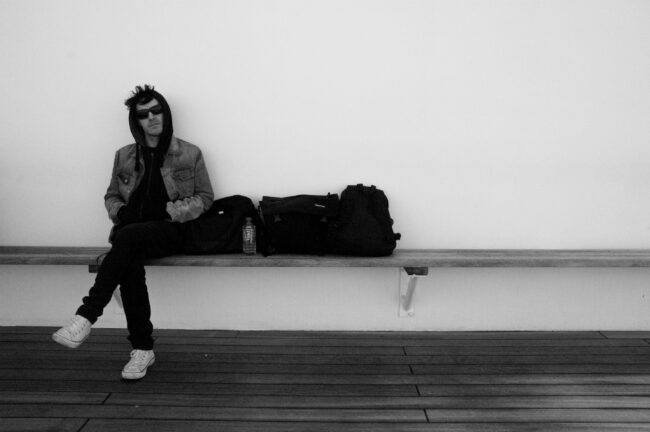 Where there times during writing that you felt tempted to abandon the project, or was it, for the most part, an enjoyable experience to write?

Oh I thought about quitting many times! I’ve never written a book before and what started out as fun, soon became a complicated, massive task which I started to feel as a burden. I inevitably came in to events in my history which were difficult for me to re-visit and of course, there’s always the self doubt and low morale that rears its head during any project. I’m really glad that I finished it though because it did give me the opportunity to confront & make peace with some parts of my journey and I have a much clearer picture of my past now, which of course has helped me to better understand my present.

This might sound like a strange question, and I assure you that I ask it with respect: Do you think your mental health and addiction issues have actually helped strengthen and shape you as a person?

Oh completely! But I don’t think that is the case for everyone. These challenges are only beneficial to you if you confront them and use them as a means for becoming stronger & learning about yourself. Many people remain victims of their demons forever more, but for me, I had something in my life that was more important to me than the fear of facing my issues – my music. If alcohol dependence, depressive tendencies or work addiction got in the way of what was best for my music and my career, then I needed no other motivating factor in confronting those issues. Ironically, it was my addictive passion for music that actually created many of the issues mentioned but with the benefit of hindsight, I can see now how the real rewards that I take from my rocky journey have been a better understanding of myself, a means of becoming stronger and more in control of my demons and a better understanding of what’s actually important in life. Having been through it all and reaped the benefits, I’m a big advocate for going face first into your fears and dealing with that sh*t.

Do you think working in the public eye and in such a competitive industry means you have had to make a lot of personal sacrifices to made headway?

100%. That’s what led to my emotional breakdown – too many years just working relentlessly on one thing and having no variety or balance in my life because if I took my foot off the gas for one minute, I knew we’d immediately fall off the radar. For many, many years I lived a one dimensional, all-encompassing life that was worryingly depressing for anyone looking in. I owned nothing, was chronically in debt, lived in a little square room where I would stay all day and night working on band stuff, I hadn’t been on holiday in over a decade, I worked 80 hour weeks on the band (unpaid), had insomnia, was overweight & drank every night. I couldn’t keep a relationship, I neglected my friends and was just a generally angry, frustrated, intense person to be around. The band did well though…

You are working on a solo album at the moment – what can you tell us about it?

I’m really excited about it! It’s SO cool getting back to making music after a break. I’m keeping the details scant for now but what I will say is that I’m taking my time and aiming to make my best album yet! Equipment has been set up, meetings have been had, personnel has been lined up & plans have been made. Things are in motion, watch this space…

When is the new album to be released and will you be touring the UK once your new album is out?

I can’t say for definite because so much depends on release and promotion strategy and it’s real early days yet (I’ve only just started writing the thing) but the wheels are in motion and it will be out sooner rather than later – and yep, there WILL be a tour! A proper tour – that’s a promise.

Who is your favourite current artist at the moment? Who are you listening to a lot of?

There are so many amazing artists out there but unfortunately, I don’t listen to music as much as I’d like any more. Because I spend so much time making & working in music, I tend to want a break from it and have other forms of recreation now when I’m at home – such as reading or watching movies. I hope that books, which are a huge passion of mine, don’t end up going this same way now that I’ve started writing!

Once the new album is wrapped up and released, what will be next for you? Do you feel you might take some time out?

Nah, I’ve had a break & now I’m back with a vengeance. Once the album is out, I’d like to tour it far & wide for a while and I’ve also started penning ideas for a 2nd book (among other things!), so after what feels like a long gestation time, I’m really feeling ready to get back out there and be active again. I have created a lot of content this year and I can’t wait to start sharing it all now!

You can find out more about James Kennedy at his Twitter: @JamesKennedyUK