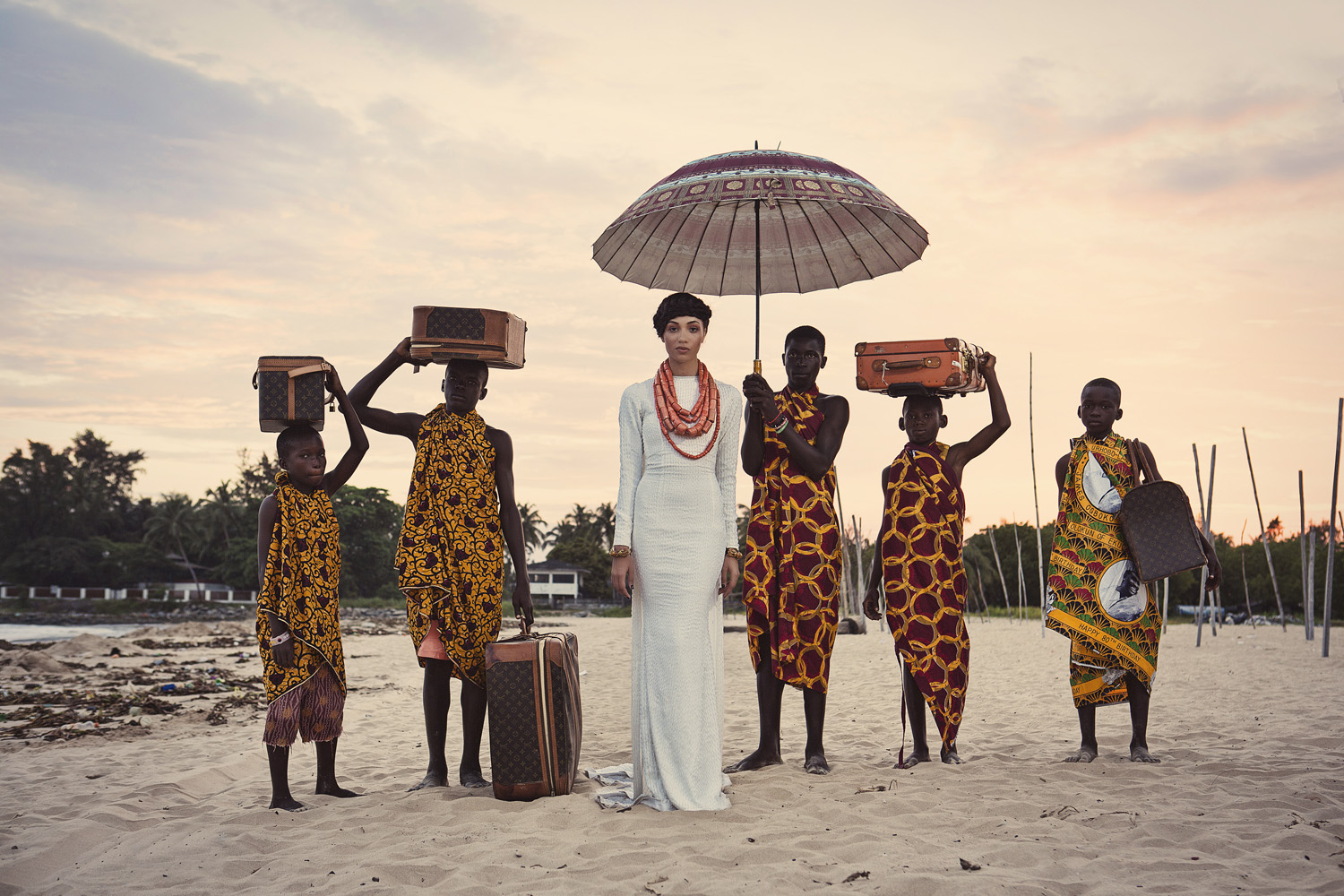 Ade Àsìkò” Okelarin is a British-Nigerian visual artist and photographer. Àsìkò was born in England but spent his early years in Lagos, Nigeria before returning to London where he lives now. Understanding his background is a critical part of understanding his work. Àsìkò’s photography is rooted in his Nigerian identity and his cultural experiences with the African Diaspora. Playing with genres of fantasy and realism, Àsìkò’s narrative photography highlights Black bodies and Yoruba heritage. Exploring dynamics between feminity and masculinity, Àsìkò’s images often tell a story of the strength within Black women. Seen in his works, “She is Adorned” and “The Woman Code”, Àsìkò’s feminist perspective puts women at the centre of his visual stories. His technical skills highlight the glow of their skin and the power in their form. Decorated with jewels, nature, and Nigerian clothing, his compositions radiate a culture-rich spirit and a fierce energy.

Àsìkò is a self-taught artist. While in-between jobs, he picked up a camera and began taking pictures of landscapes. He transitioned to wedding photos and then self-portraits, which is when he realized the vulnerability and emotion that lies behind an image. Inspired by renaissance art and photographers such as Tim Walker, Sarah Moon and Paolo Roversi, Àsìkò developed a whimsical style that always tells a story and promotes discussion.

For Àsìkò, his art is a way of coping with the world around him. This results in his photos being a response to current events and issues. His recent work, titled “A Black Life Matters” is a response to the death of George Floyd and a commentary on the increased media coverage of police brutality against Black Americans during the pandemic. The series of seven photos depict nude self-portraits of Àsìkò in positions that reflect the strain of living under oppressive structures and the constant fear of being the subject of a horrific hate crime. This series is about self-reflection and solidarity. In an Instagram post, Àsìkò writes, “The past couple of days have been hard for us, it feels like we are experiencing a collective trauma. It feels like we have been here before, in that space where breathing is hard.” These words embody the emotions that his images evoke. Àsìkò’s work sparks a conversation on the normalization of Black murder that has created a collective trauma that is too often ignored. 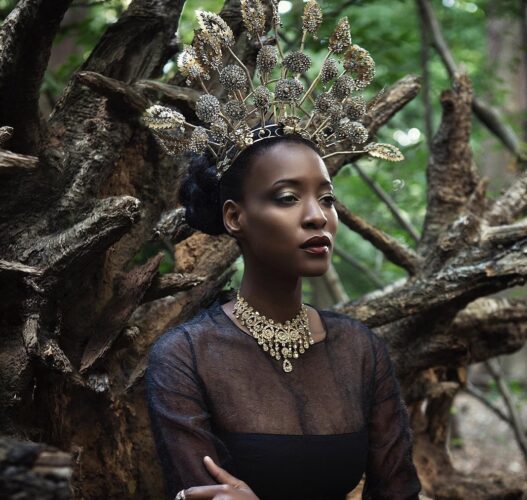 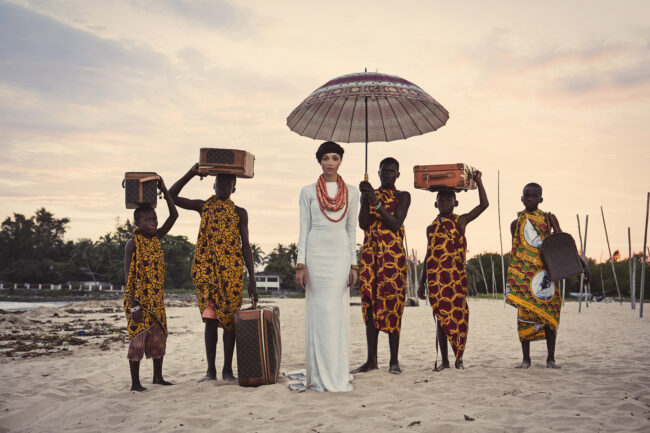 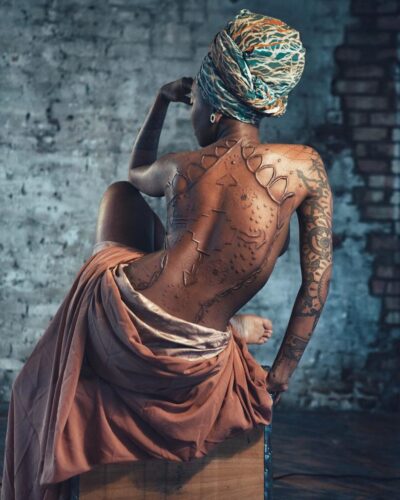 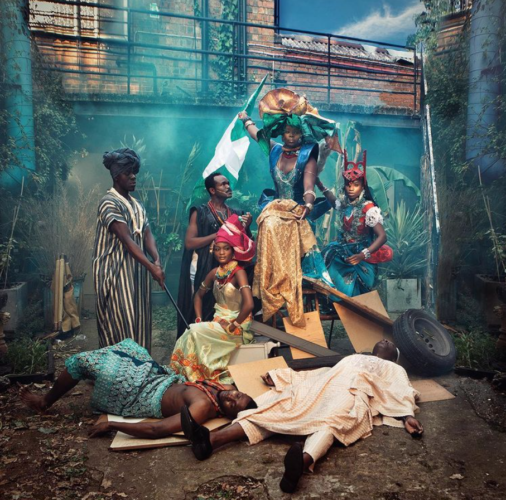 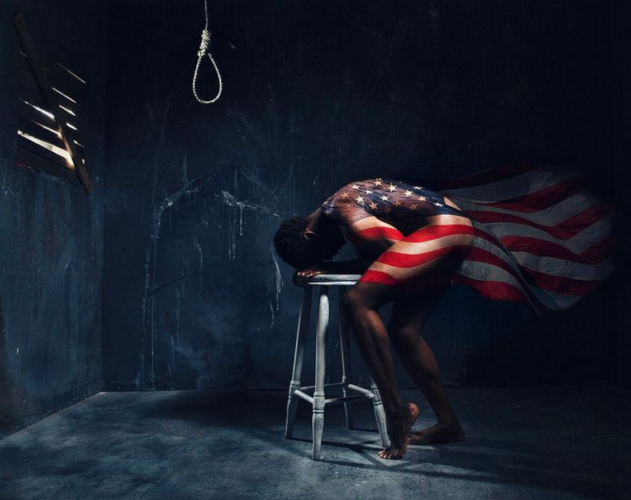