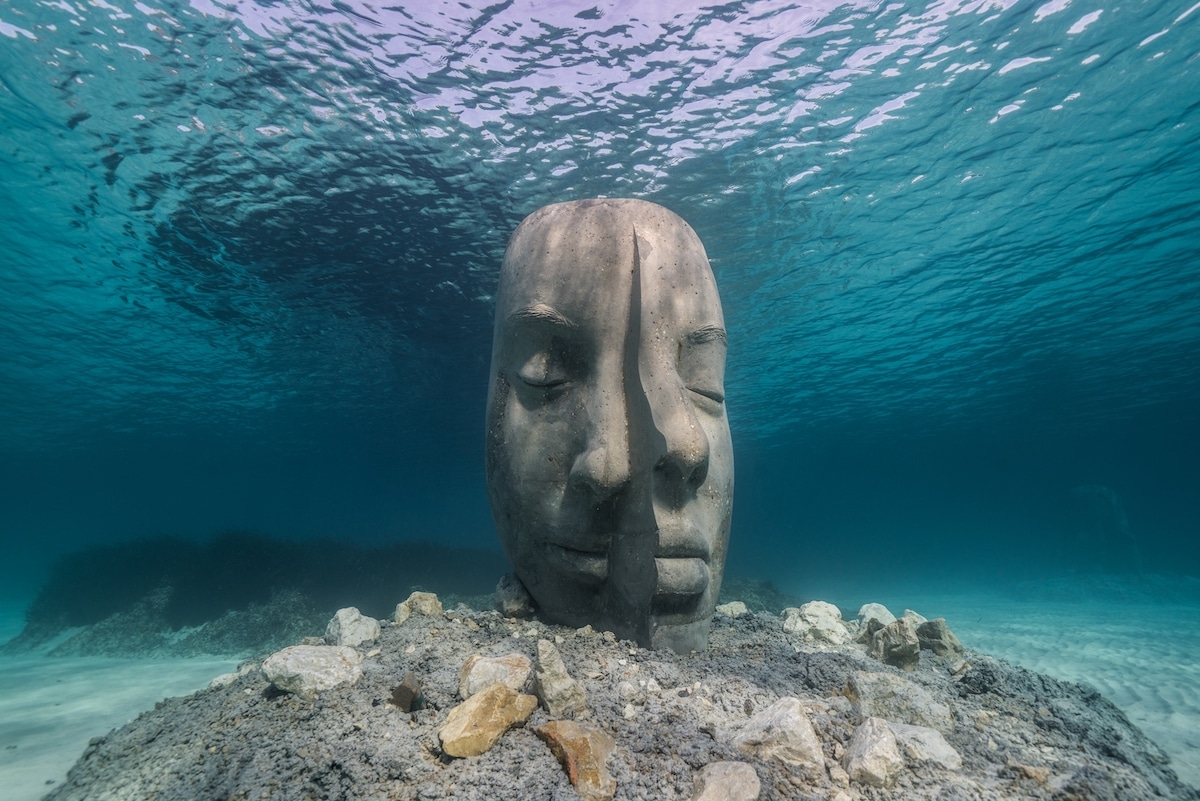 Scattered across the globe lie lost worlds in murky waters. With over 850 life-size sculptures spread around the earth’s oceans, artist Jason deCaires Taylor creates haunting underwater exhibits that can only be reached with scuba diving gear, snorkelling equipment, or glass-bottom boats. Influenced by the Land Art movement, the British sculptor practices environmentalism through making artificial reefs that double as awe-inspiring sculptures and a marine habitat that works to restore diverse ecosystems. Due to the climate crisis and rising sea temperatures, coral bleaching is decimating coral populations and destroying entire marine ecosystems. Taylor’s sculptures are designed to combat this. Made of non-toxic pH neutral marine-grade cement, Taylor’s art becomes home to coral larvae and grounds for new coral populations to thrive. With detailed shapes of the human form, Taylor’s work contains dark craters, perfect for housing fish and crustaceans. These sculpture gardens also draw tourists and divers away from other fragile ecosystems and help educate them on the harms of human interaction with ocean life.

Taylor began this artistic activism in 2006 with the Molinere Bay Underwater Sculpture Park. As the first underwater sculpture exhibit, the park gained worldwide attention and is now listed as one of National Geographic’s 25 Wonders of the World. Located off the coast of Grenada, the park displays 75 chilling sculptures that include local Grenadian woman lying on the seafloor, a ring of 26 standing children, and 18 heads of local students built into a rock’s surface. Paired with the ocean’s ominous atmosphere, these works of art leave an unsettling lasting impression.

Newest in Taylor’s captivating collections is his underwater museum off the coast of Cannes. Commissioned by the mayor, this exhibit features the heads of 6 locals. From the 6, the exhibit displays the face of an 80-year-old fisherman named Maurice and that of a 9-year-old student named Anouk. After 4 years of creating the sculptures, clearing debris, old boat engines, and pipes, the museum finally opened this year on the first of February. Like all of his works, these sculptures explore themes of decay, the cycle of life, and rebirth. In every piece he creates, Taylor gives recognition to the land and water he works in by highlighting the lives of locals and promoting healthy marine life. 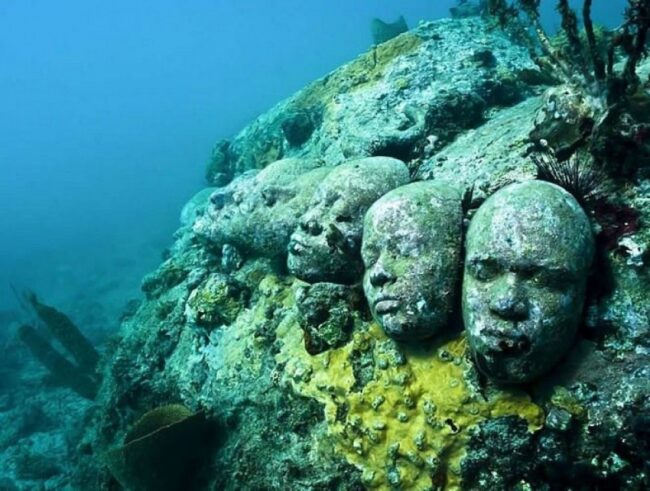 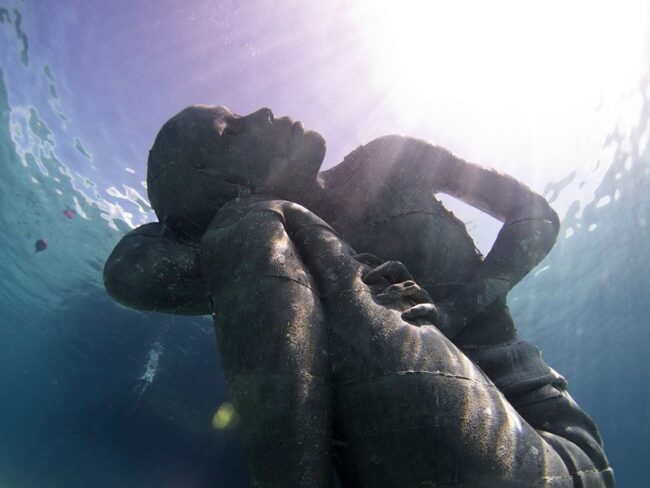 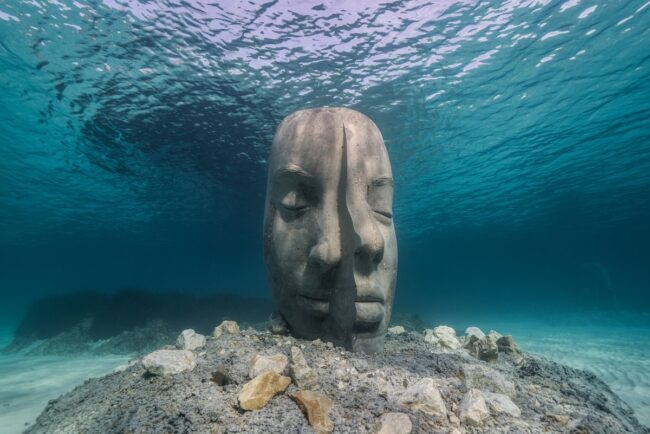 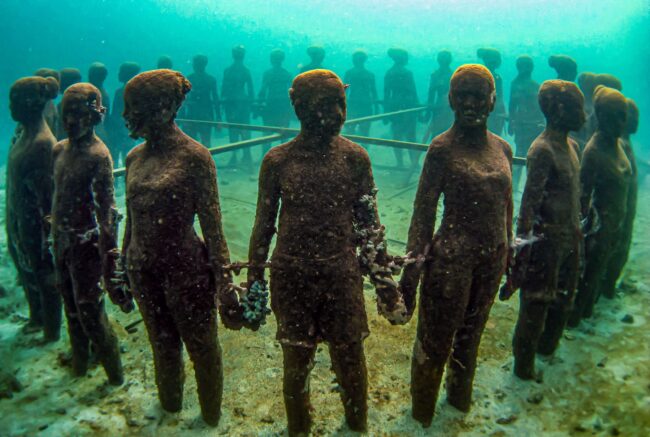 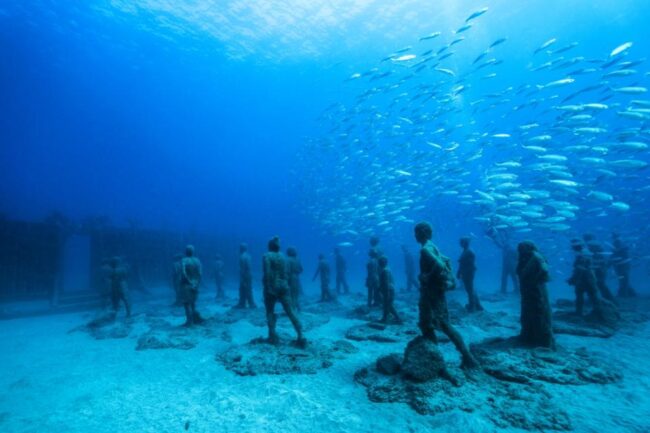