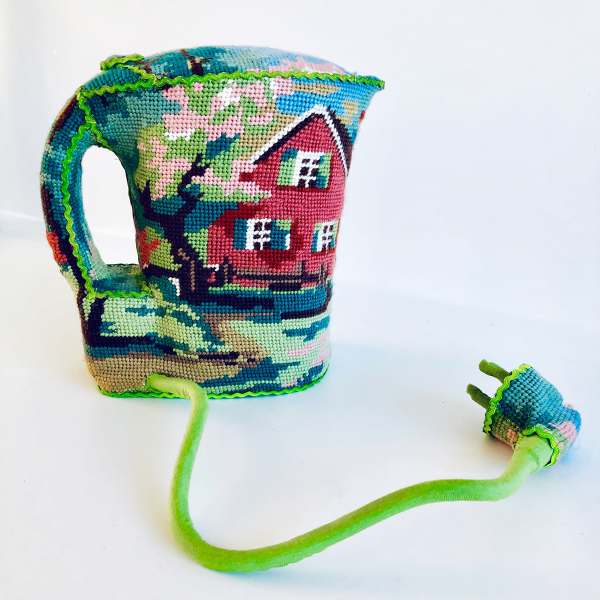 By taking old household objects and enveloping them in vintage embroidery, Swedish artist Ulla-Stina Wikander’s work is a commentary on domesticity and womanhood. Wikander chooses objects from the 70s to signify a time of feminist fervour in Sweden. This era brought about the second wave of feminism in the Nordic countries that invited political expression through the arts. The irons, electric mixers, and sewing machines that Wikander stitches embroidery to all carry a historical background that challenged domesticity and the patriarchal idea of housewives. The global feminist art movement of the 70s also saw a trend of women reclaiming craft-based practises such as quilting, embroidery, and sewing. These traditionally domestic crafts became an avenue for activism and protested the notion that a woman’s role is in the house.

Wikander takes inspiration from this rich cultural context to create her unique and intricate artwork. Prior to making embroidered household objects, Wikander was a painter and sculptor. In her free time, she would frequent antique stores and flea markets to collect pieces of embroidery. Upcycling the vintage material soon became her biggest passion, and in 2012 she left painting and sculpting behind to pursue this craft fulltime. Wikander carefully cuts stitchings of floral landscapes, pastures, and animals, then folds them neatly around each object. The often obsolete items become charming sculptures that are given a second life and put in exhibitions around Sweden.

Every beautifully embroidered item tells a story of womanhood. Whether it’s that of the woman who may have previously owned the object or the woman who put hours into meticulously stitching the embroidered patterns. Wikander honours the work and lifestyle of these uncredited women and transforms something that is associated with oppression and inequality into something that symbolizes a time of liberation and empowerment. 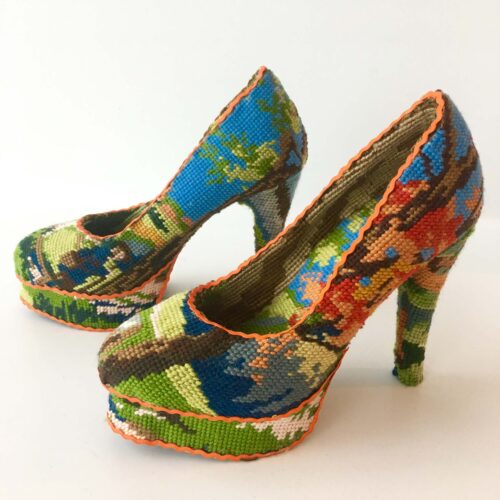 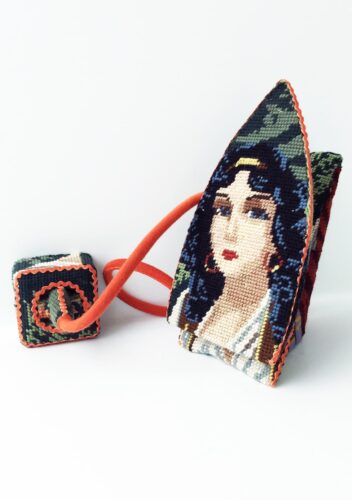 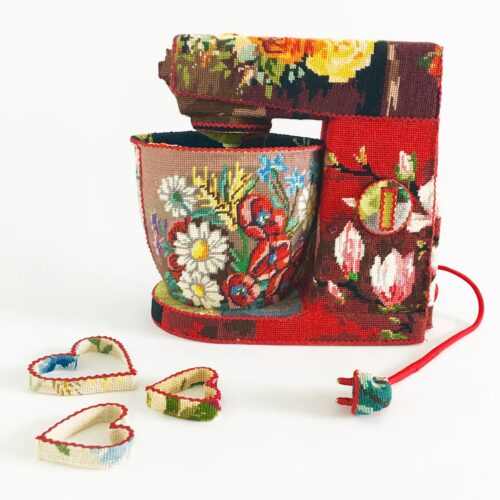 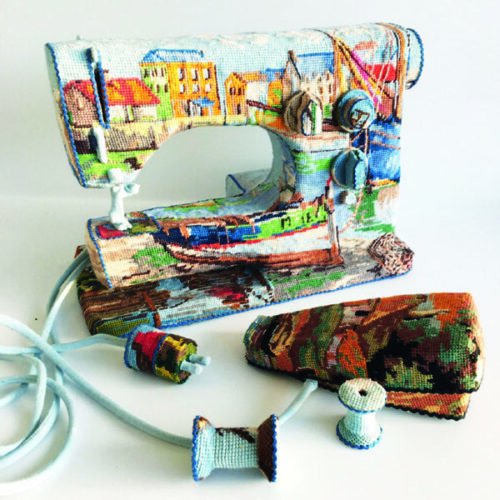 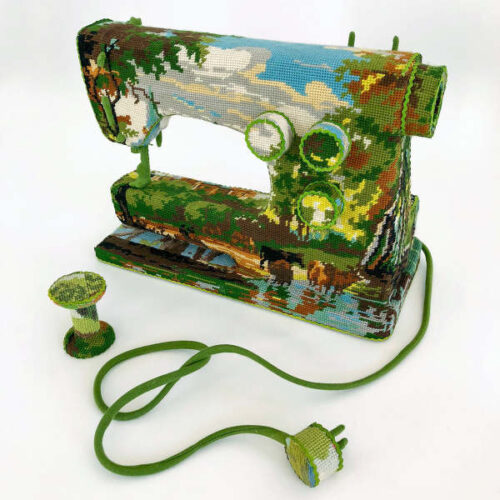 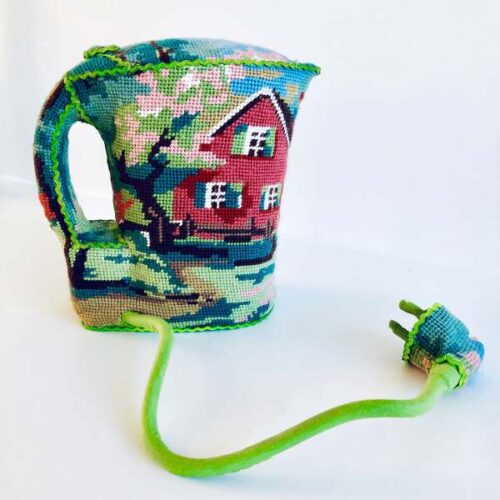