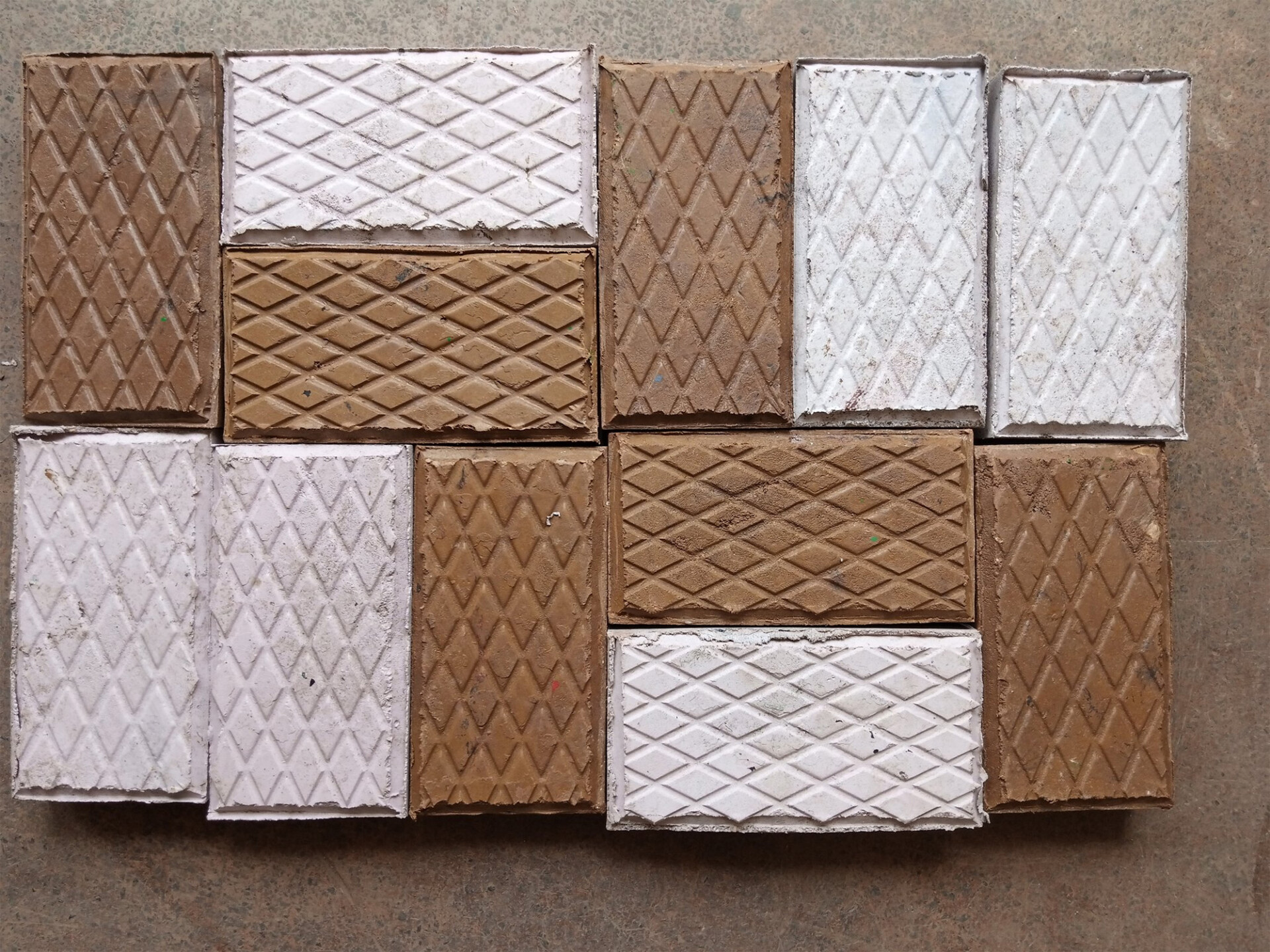 Nzambi Matee Finds a Solution to the Global Plastic Problem

Recycling is a complex and arguably flawed system in many parts of the world. For most consumers, recycling involves putting plastic bottles and containers in a recycling bin and watching garbage collectors take them away, and the journey ends there. The unfortunate reality of this process is that a lot of this plastic isn’t actually recycled. Often times, entire batches of recyclable materials are deposited into landfills and the oceans due to contamination. It is estimated that 20 to 70 percent of plastic intended for recycling is discarded. The problem is that many countries deal with plastic waste by sending the problem oversees, instead of tackling the issue locally. Before 2018, almost half of the world was sending their recyclable materials to China. After China placed its plastic import ban, due to the polluting of their own country and oceans, many countries, especially the U.S, were faced with underdeveloped domestic recycling infrastructures that are too expensive to maintain for communities to care about the end goal. Aware of this plaguing issue, Kenyan entrepreneur Nzambi Matee is tackling this global problem with a local solution.

Matee turns plastic waste from Nairobi into highly durable paving bricks, or as she says, turns trash into cash. Nairobi alone generates 500 metric tonnes of plastic waste every day, which as you can guess, only a fraction of is recycled. At only 29 years old, Matee spearheaded local efforts to find a cheap and sustainable way to deal with this dilemma. Her company, Gjenge Makers compresses plastic waste and sand at 350°C to create bricks that are half the weight and double the durability of concrete bricks. Gjenge Makers has recycled over 20 metric tonnes of plastic and creates 1000 to 1500 bricks a day. Matee and her team source the plastic from factories and recyclers in Nairobi. Often receiving the material free of charge, Gjenge Makers is able to offer their bricks at an affordable cost for schools and homeowners, providing additional solutions to housing poverty in Kenya.

Matee’s entrepreneurial endeavours took determination and personal sacrifice. Before Gjenge Makers, Matee was a data analyst and engineer in Kenya’s oil industry. In 2017, she quit her job and set up a small lab in her mother’s back yard. She spent a year using all of her saving trying to develop the right ratios for her paving bricks. Her hard work won her a scholarship to attend a social entrepreneurship training programme at the University of Colorado Boulder, where she used their material labs to finally perfect the bricks. Today, Matee’s efforts are thriving and gaining recognition. Her company has won five awards, one of which was the United Nations Environment Programme’s Champions of the Earth Award. With plans to expand from paving blocks to building blocks, Matee hopes to bring Gjenge Makers to other parts of the African continent. Gjenge Makers has created 112 job opportunities for garbage collectors, women, and youth groups in Nairobi. Not only do Matee’s efforts advocate for sustainability, but they are inspiring and supporting the next generation of female entrepreneurs in Africa. 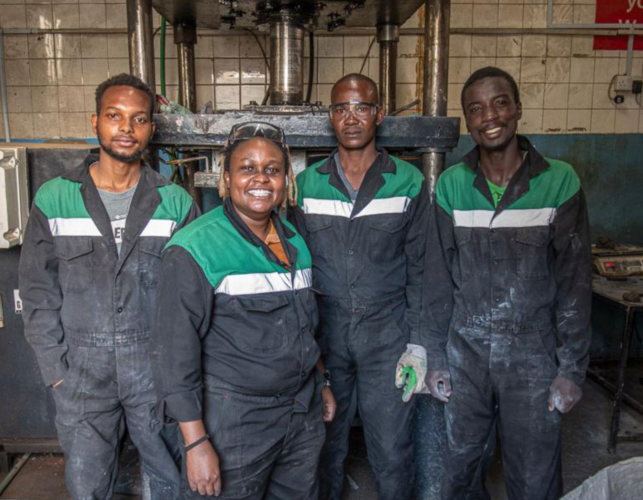 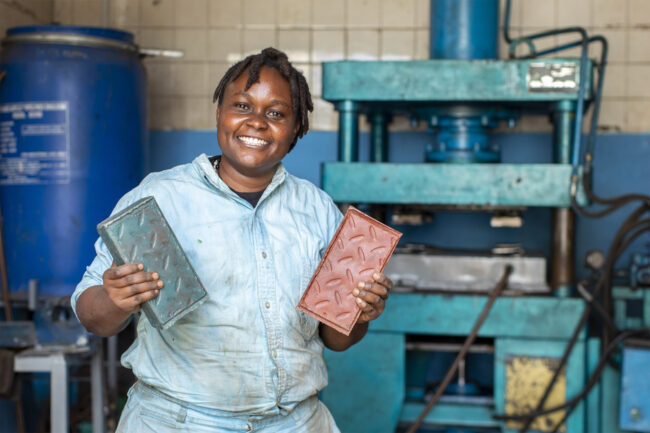 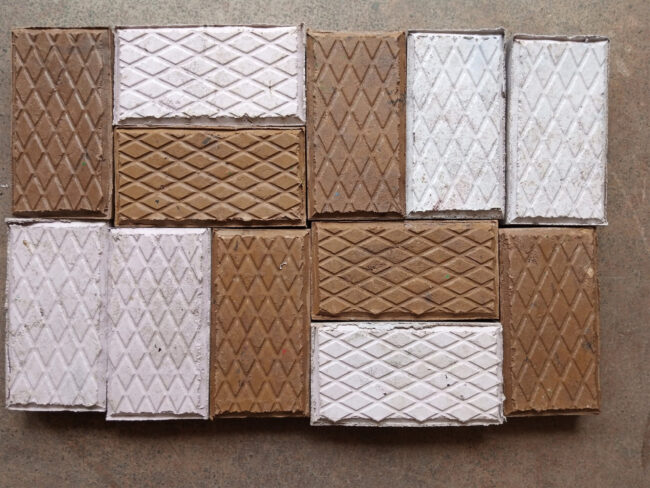 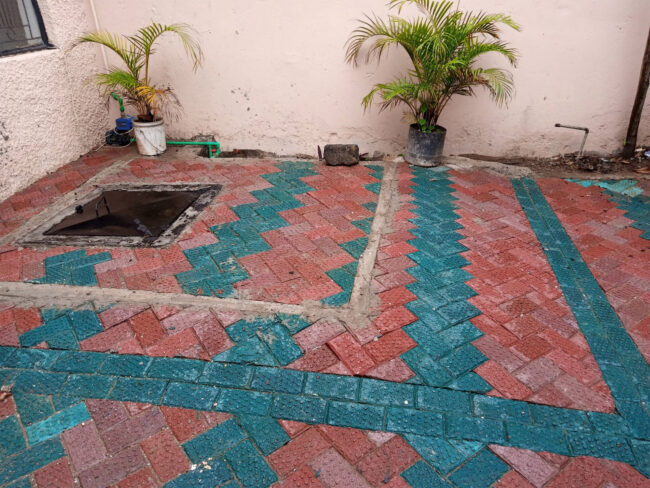 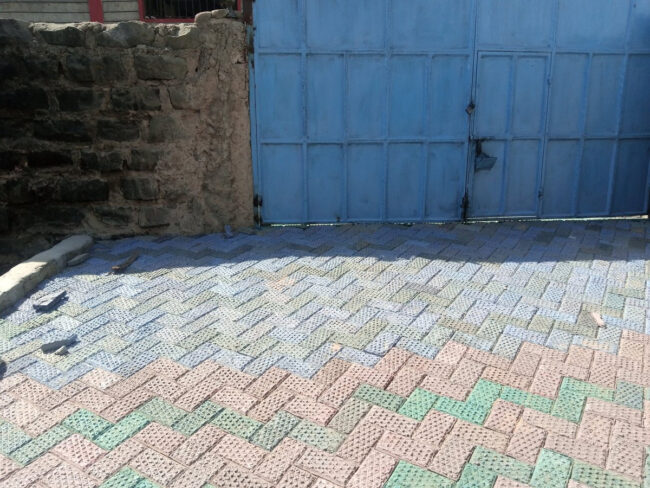