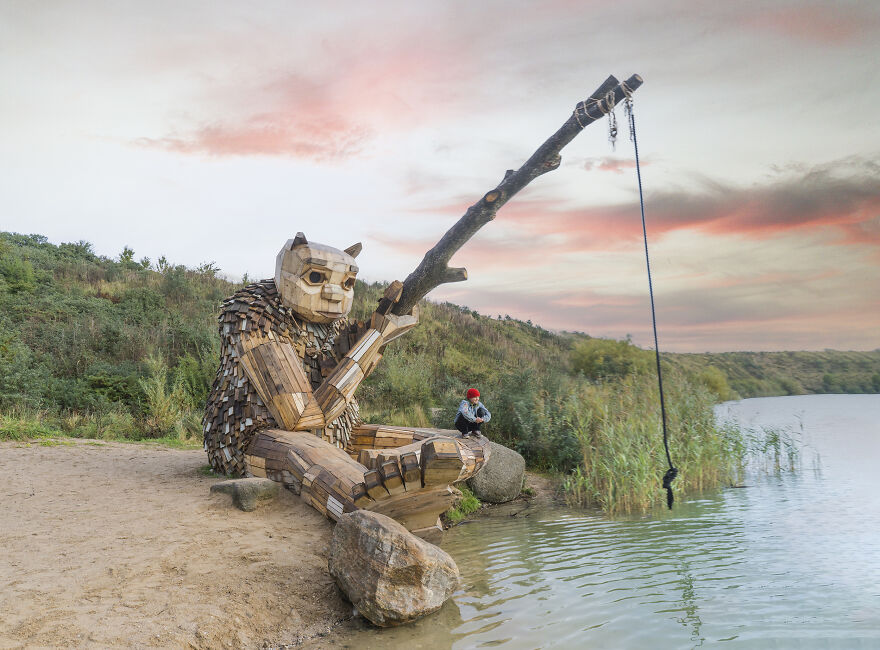 Danish sculptor and recycled art activist Thomas Dambo invites Denmark residents into nature with ten sculptures hidden across the country. Inspired by childhood fairytales and folklore, Dambo spent six months of his socially distanced summer building colossal wooden trolls in the depths of Denmark’s fertile forests. Ranging from seven to eighteen metres in height, these sculptures are made of recycled and repurposed wood found locally by Dambo and his team. Made with different warm and cool-toned shades of lumber, these sculpted creatures blend seamlessly in their natural environment, serving as the perfect subjects for a nationwide corona-friendly troll hunt. Dambo strategically placed each sculpture in a remote location that is not only difficult to find but allows participants to reconnect with the wilderness rather than with people.

As a symbol for exploring the unknown, trolls are a prevalent creature in Scandinavian folklore. Said to live far away from human activity in mountains and caves, trolls are solitary beings that perfectly echo the lonely sentiments many have been feeling during the pandemic. Dambo draws from these fairytales in order to rekindle a sense of adventure and community in Denmark for young and old audiences alike. These sculptures are built in a way where travellers can climb on and interact with the trolls while wildlife can grow to embellish it with entangled roots and flowering shrubs, ultimately nurturing a harmonious relationship between people and the environment.

This is not the first troll hunt that Dambo has orchestrated. These mythical giants are clustered across the globe in Denmark, Belgium, South Korea, China, and the US. With a digital treasure map and poems engraved in stones near each sculpture, Dambo’s installations begin as enjoyable activities and end with a new understanding of the beauty in nature and the role sustainability plays in preserving it. 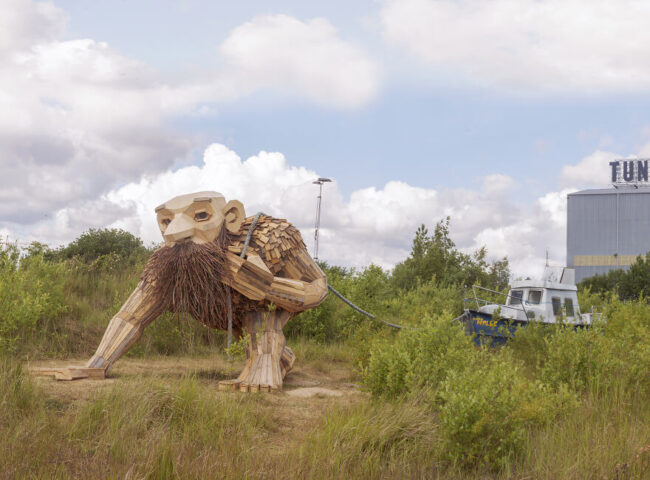 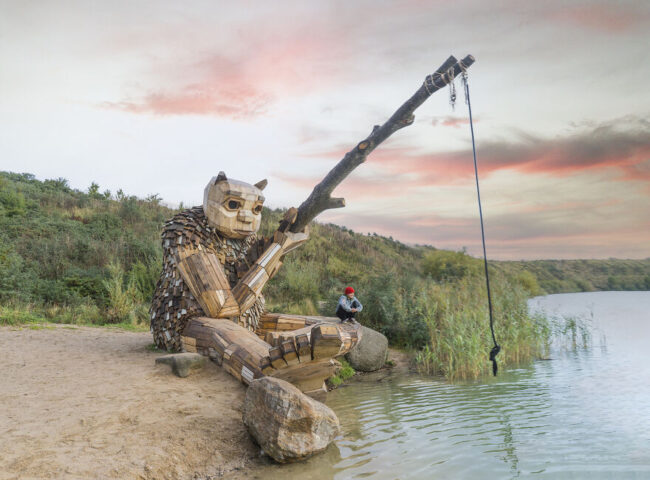 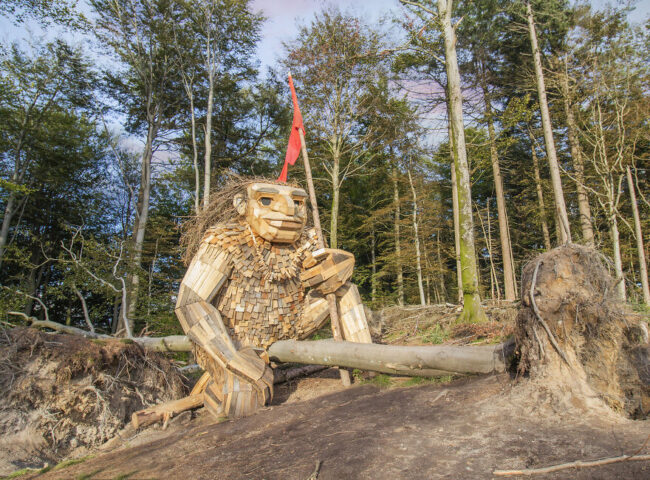 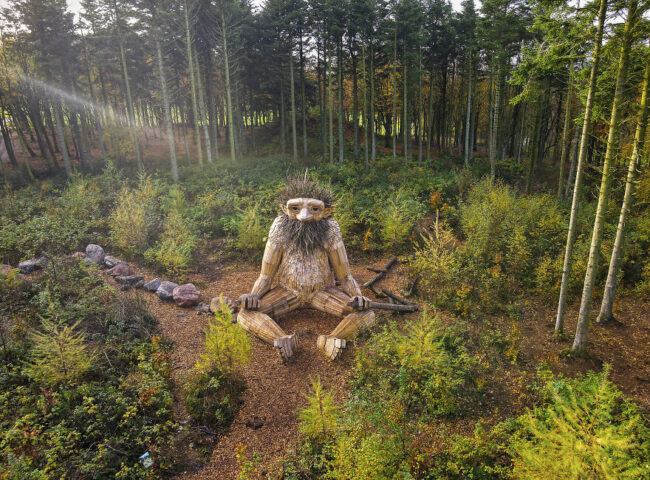 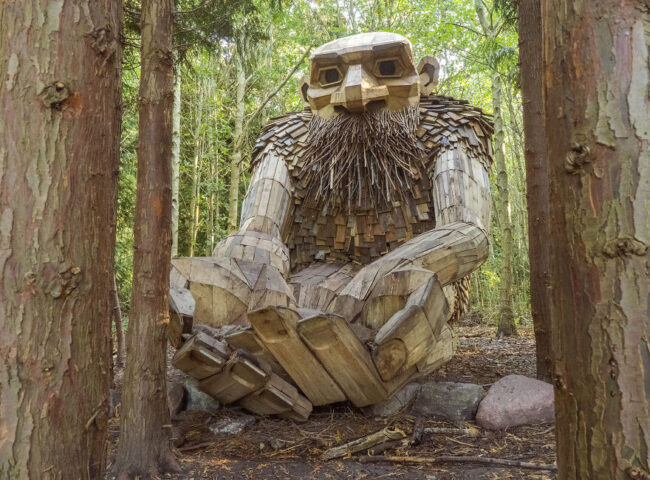 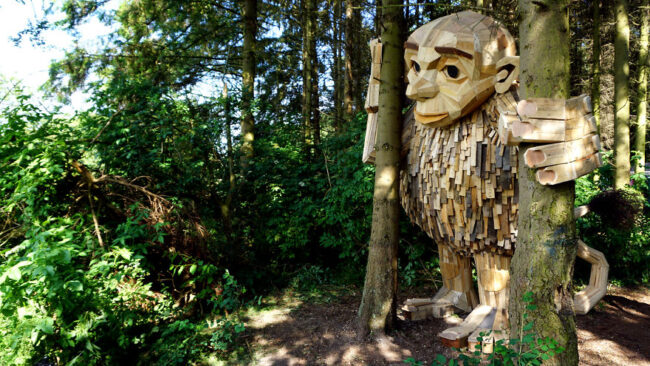