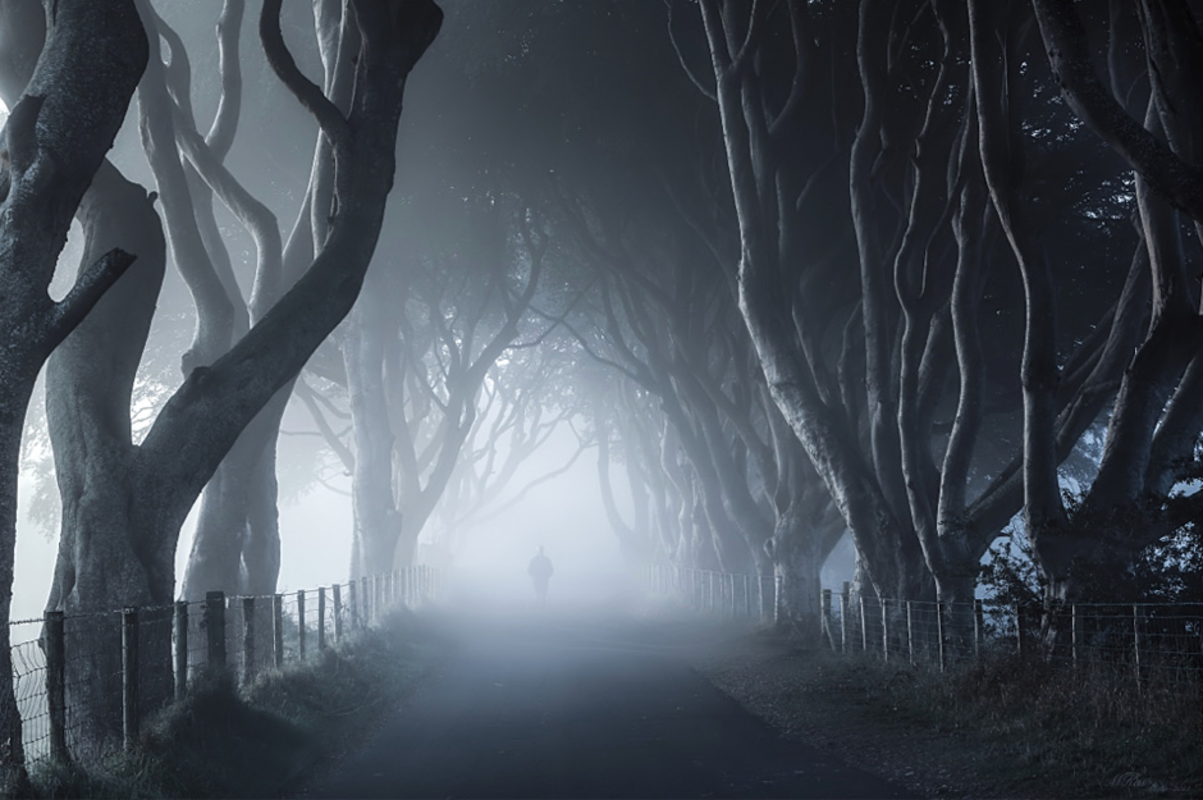 I am a book addict, through and through. I spend most of my time, money and energy on books, finding my escapism and creativity unleashed in the good fiction created by others. Just recently I read The Apparition Phase by author and freelance writer Will Mclean. I was completely astounded and absorbed by the story he had created, finding echoes of my own childhood and teenage years embedded in the characters he so authentically crafted.

The story is a very creepy, unsettling tale that explores loss, grief, death and the paranormal – yet more than that, it is a tale about growth and relationships. I loved the book and found it an addictive read. I invited the author to an interview for Made In Shoreditch, and here is the result of our exchange…. 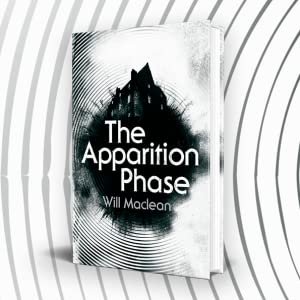 The Apparition Phase is your debut novel. What was your experience of writing your first full length feature like?

The Apparition Phase is the first book I’ve had published, but not the first book I’ve written – I wrote at least four others which all got to various stages, but didn’t get published, for various complex editorial reasons of them Not Being Actually Good Enough. So I am familiar with the rhythm of writing a book, although not the experience of having one published.  Writing this book was a joy though – it was like I’d been given permission to write about all the things I love. I hope that comes across.

The feedback and reviews I’ve seen so far seem very positive. Were you nervous of the response from your readers? Do you read reviews or avoid them?

You tell yourself before something comes out that you won’t read the reviews, but then of course you do. It’s healthy to bear in mind that they are just people’s opinions, and that not everyone is going to get what you do. It’s great when people love it, obviously. And it’s really, really satisfying when someone just understands what you’re trying to do, and the form you’re working within, and can see and feel all the things you put in there. That said, you’re right – pretty much all the reviews have been overwhelmingly positive, so that’s lovely.

The book reminded me of my own childhood and teen years, as I was someone fascinated by tales of the paranormal. Did you/do you have interests like this yourself?

Oh Good God yes. I have about a hundred or so books solely about ghosts, many other ones about the paranormal, British folk customs, etc, plus all the weird fiction I can get my hands on. I don’t think you can fake that enthusiasm! I didn’t want to write about what we now call hauntology if I couldn’t bring a fresh little avenue of research to it, hence Tim and Abi’s own book collection, books from a generation earlier, where the stories that become obsessions in the 1970s are first collected – things like Haunted England by Christina Hole, and Harry Price’s books. Tim and Abi’s relationship is – very loosely – based on my childhood with my own sister, Carla, where we’d often share the most macabre things we could find. We grew up with it, it was the air we breathed, really. You don’t choose that. 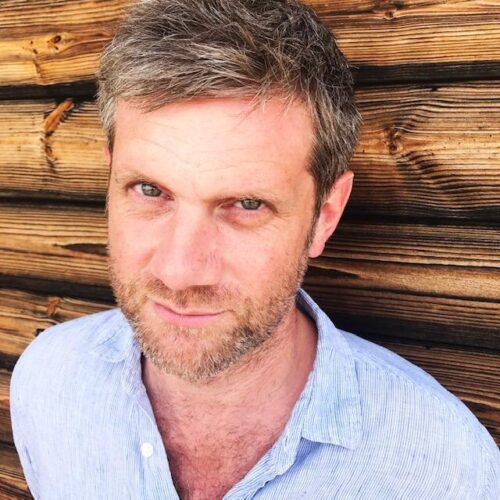 I found many scenes in your book creepy and unsettling. What do you think the key is to conveying fear in literature?

That’s very kind of you to say so. I think the key is to strain every sinew to not make it ridiculous – always a problem with scary stuff – and also to think about when you, yourself, were truly, properly scared in real life, rather than simply thinking back to something you’ve read or seen. It’s harder than it sounds, but worth the effort when you get it right. In the classic ghost story “Thurnley Abbey” by Perceval Landon, the description of being scared  – and scared by something you cannot fit into any framework – is so terribly precise and convincing, it absolutely sells the whole story. Which leads me to believe it might have come from real life in some way. It’s terribly effective because of that and prevents the story becoming absurd.

Your central character, Tim, was such an authentic and three-dimensional person, he leapt into life from the page. Did anyone inspire his personality? Are you reflected in any of your characters?

Ha! I do love Tim. He takes himself very, very seriously, which is a classic clever teenager thing, which makes him a great narrator. He’s very bright but there’s utterly no guidance for him, no-one he can rely on to help him navigate the things that happen to him. Tim is drawn, to some extent, from my own teen years, but there’s an honesty to Tim that’s universal to teenagers and young people, in things like his distrust of adults and their motivations, their lack of interest in the things that really matter.  I think a lot of young people have that distrust, often with good reason.

Do you think you’ll write another paranormal novel in the future?

I’m very interested in those kind of stories, and I love reading them. I especially love what they reveal about our minds, which are, hands down, the most fascinating subject there is.

Are you working on anything right now?

Yes! Brand new stuff, which is always exciting. At the moment I’m doing the woolgathering bit where you read around a subject and it starts to entice you. Which is incredibly exciting.

Did you find the covid lockdown had an impact on your writing and attitude towards being/staying productive?

My wife has quite an intense job, and we have a little girl, who was three at the start of all this, so a lot of my time has been spent looking after her.  Which was wonderful – we got to spend loads of time together. But it was hard to stay in any way productive, I can’t lie. I mostly retreated into reading and TV, and painting and drawing. I’m very, very bad at painting and drawing but it relaxes me and helps me focus. It was hard to write though. There was that sense that you didn’t know what kind of world we’d be going back into, what that world would want, what kind of stories it would need. At the risk of sounding pretentious.

What are some of your own favourite books?

My favourite book of all time is “Star Maker” by Olaf Stapledon. There aren’t many books that convincingly and methodically lay out the purpose and meaning of the cosmos. People who love that book LOVE that book, and – like me – cannot understand why it’s not better known, and then bang on about it endlessly. Like I’m doing now. Plus Stapledon’s from my home town, on the Wirral, as well, so that means a lot. It’s also the single greatest exertion of the human imagination ever committed to paper – it makes everything else look tiny.

There are so many extraordinary, wonderful books, though. I think if you value transformative experiences – ones that change you as a person and affect you deeply – then books still deliver those experiences more reliably than any other medium. And there’s always something new to get excited about: the last thing I loved was Her Body and Other Parties by Carmen Maria Machado, which my friend Zoë got me for my birthday. It’s amazing.

Who would you say is your biggest influence?

As a reader, you have these distinct stages of Who Does it Best. As a kid, I loved Enid Blyton first of all, and then Terrance Dicks, who wrote the Doctor Who novelisations, because God, could he tell a story. Then as a teenager, I discovered Douglas Adams, and that changed everything. Then I discovered Kurt Vonnegut, and he was The Best Thing Ever for about two years. Then I found Joseph Heller, then doing an English Literature degree brought William Blake, James Joyce, Virginia Woolf, Angela Carter, Samuel Beckett – an embarrassment of riches. And then there’s all the mad geniuses you go out and find yourself – Olaf Stapledon, Shirley Jackson. Robert Aickman, Flann O’Brien, Leonora Carrington… they all answer different needs at different times of your life.

Douglas Adams deserves a special mention, though, because his imagination, in the early books at least, was mind-blowing, especially at 15, when I first encountered them. They were comical, for sure, but they were grounded in science and philosophy and were unafraid to play with big themes. They were the first books I read where I thought “I’d love to do this for a living”.

I met him once, very briefly, when I moved to London. I met him on an escalator at Angel Tube. I told him I was a huge fan and that he was amazing. He was carrying armfuls of shopping, with no carrier bag, so gave me his finger to shake, in a uniquely Adams-esque awkward gesture of politeness. Delightful. 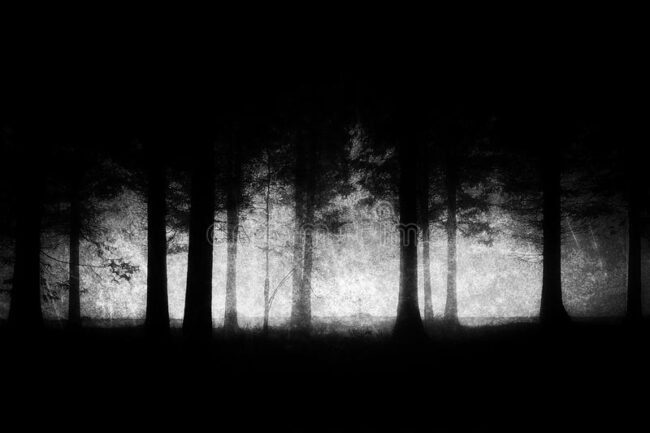 With your debut novel having such a deep focus on the supernatural, would you say you are open minded to such things or are you a sceptic?

Ha! I’d say I’m an open-minded sceptic, which is in no way helpful… I have a love-hate relationship with all this stuff. I love the stories that whole area provokes. The most common perspective on ghosts is that they’re delusions, but your brain necessarily has to be crammed with delusions in order that we can function at all. The delusion that we matter in some way, the delusion that what we do has worth, the delusion that the world is made up of an understandable, orderly narrative – all of that is imposed, by us, but we absolutely have to buy into it in order to get up in the morning. No-one is objective; delusions are, in many ways, all we have. I like the spaces that opens up for stories.

Finally, where can readers follow your work and get updates on your books?