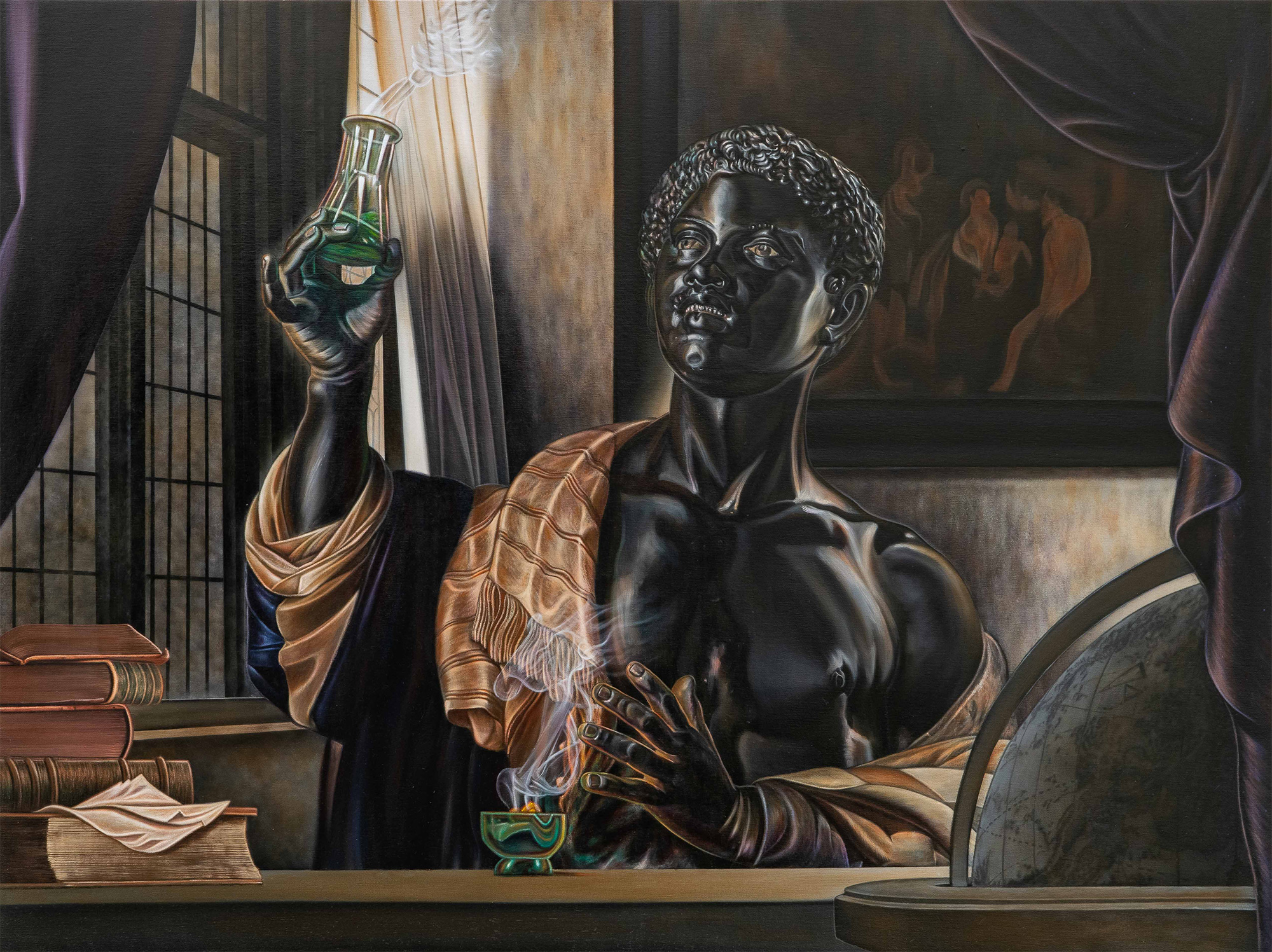 As in many areas of history, Black narratives have long been erased and misrepresented in the arts. When looking at historical portraiture it is rare to see Black subjects, and when they are seen, it is in the racist light of colonialism. Most infamous among the misrepresentation of Black subjects in art is the concept of blackamoors, a fictional depiction of Black people seen in sculpture, jewellery, and furniture. Blackamoors emerged in the arts after the Moors, dark-skinned Muslims from North Africa, occupied various parts of Europe in the middle ages. Images of Blackamoors were commissioned and created in the 17th to 19th century for a European audience who had never seen Black Africans and by European artists who, more often than not, had also never seen Black Africans. This led to exaggerated features and the creation of an exoticized “other” portrayed in positions of servitude. Seeing as the production of Blackamoors in art is still widely popular, it is not uncommon to come across this motif in modern settings. 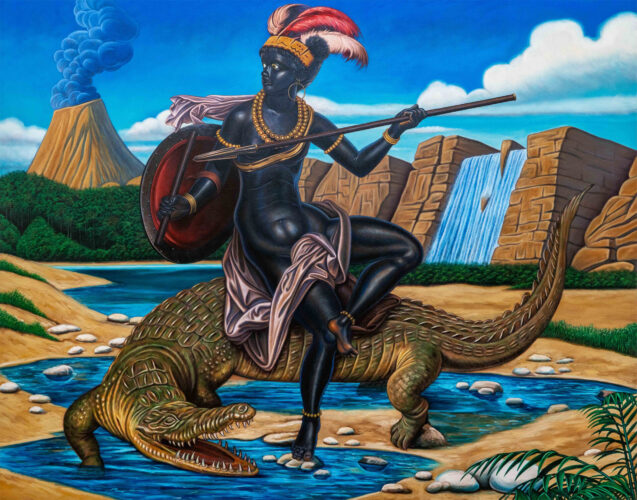 Santa Cruz-born artist Kajahl has made a statement about this problematic theme in the arts by creating oil paintings that twist the narrative of blackamoors, rewriting their fictional history in a more positive light. Kajahl’s recent collection, titled “Royal Specter”, is a series of oil portraits that place Black subjects in valorized positions throughout history. Painted in a blackamoor-inspired style, these subjects take on roles as alchemists, scholars, astronomers, oracles, and warriors. Kajahls paintings challenge a White European perspective that has been praised for so long by redirecting the gaze and steering the fantasy into an empowering direction, rather than a degrading one. With rich and deep tones, Kajahl perfectly captures the glossy stone-like skin of blackamoors. The subjects are adorned with shades of gold, ruby, emerald, and amethyst, creating an atmosphere of luxury and opulence.

By displacing these subjects from their original historical context, Kajahl combats the romanticizing of slavery, exploitation, and colonialism. Art is a space where ideas of how we see ourselves and others are explored. For black communities that exploration does not exist for much of history, and the little exploration that does exist is through the eyes and hands of white artists. Kajahl’s art is a piece of a bigger picture where Black artists get to create their own vision of Black figures in art history. It is a creative liberation that allows diverse voices to be heard and opens the art world to a new realm of possibility. 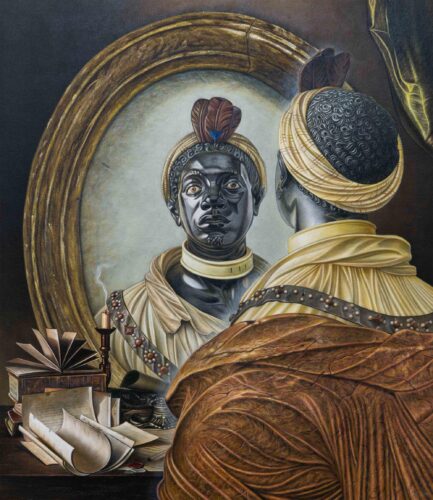 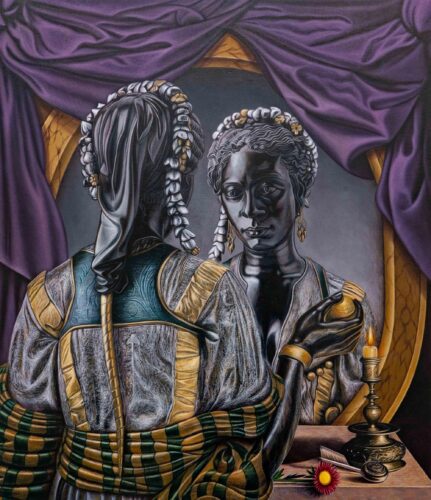 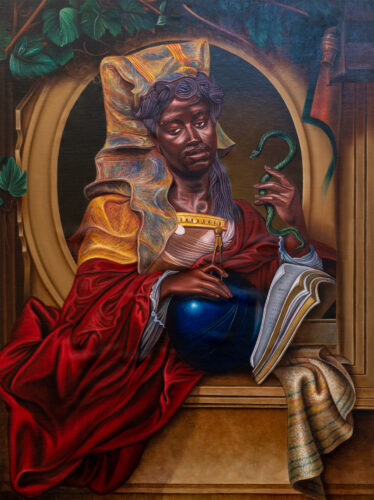